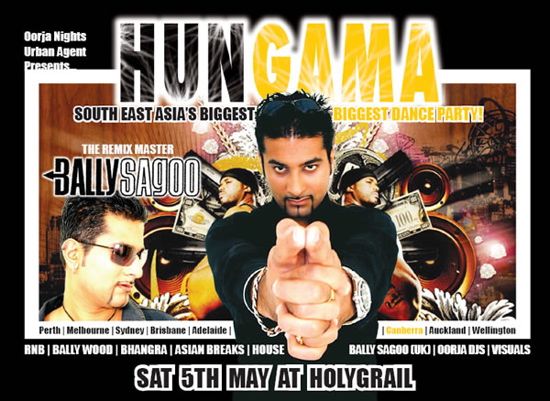 Bally was the first artist to be called by Michael Jackson to open
his concert when Jackson toured India . Bally was then asked by the
great Amitabh Bachchan to produce an album for him and the result was
â€œAby Babyâ€ with hit track â€œKabhie Kabhieâ€. Bally also produced an
album for Ustad Nusrat Fateh Ali Khan.

Ballyâ€™s previous tours to Australia have seen sold out crowds which
have been labelled by many as the â€œBest events in Australia â€. Make
sure you donâ€™t miss Bally Sagooâ€™s worldwide tour.

Dianne N Chuck Falzon - 58 minutes ago
Agree with you David 🇦🇺 👍 View
Jenny McInnes - 1 hour ago
Rowan Hartcher as are many non indigeous, that is a fact!! So what has that got to do with changing the date? Do you have any... View
Andrew Clark - 2 hours ago
Why is it that the minority gets to decide what happens in Australia. The only way to decide it is to have a referendum on it... View
Food & Wine 10

Peta Siebert - 10 hours ago
Kris Doph 2003 fires was caused by a lightening strike. The fire started in NSW and the NSW RFS left the fire to burn until i... View
Robyne Mitchell - 15 hours ago
What about the people who lost their livelihoods and houses as a result of this fire? View
Food & Wine 31

@The_RiotACT @The_RiotACT
What's happening at the One City Hill site? Find out why a crane has been installed https://t.co/GQGdVlwgI7 (11 minutes ago)

@The_RiotACT @The_RiotACT
A dragway gets the thumbs up from many of you. And on road matters, this week's poll asks if cyclists get a fair go on Canberra's roads? https://t.co/EC199gbmZv (13 hours ago)