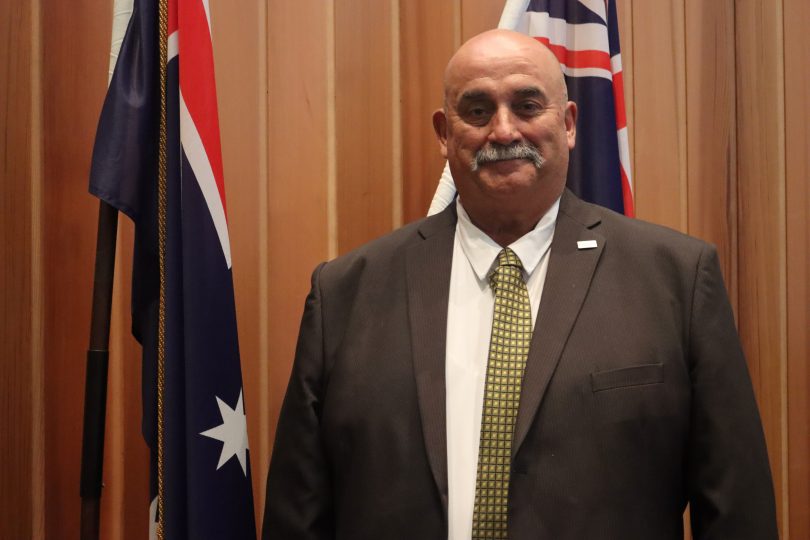 The new mayor of Goulburn Mulwaree Council, Peter Walker, is facing a busy year with a number of major projects in the pipeline.

Councillor Walker has been elected mayor of the council for the first time, after first being elected to council in 2016, and working as deputy mayor since 2018. He will serve in this new position until September 2023.

“I’m excited by the group of councillors that put their hand up,” he said.

“Now it’s on and upwards and making sure we look after the community.”

He said plenty of council’s major projects would be in the late development or completion stage this year.

One they were all looking forward to is Goulburn’s new pool at Victoria Park with more than $25 million being spent on the project.

“This time we genuinely have a state-of-the-art pool and it is only a month or two away,” he said.

The town’s performing arts centre will open in the next three months at the McDermott Centre, which is the former town hall.

Mr Walker said it was a heritage building so the front had been kept while the back had been developed and would contain a 400-seat theatre, stage, green room and more.

He said council is also looking at opening up the northern end of Goulburn so it could service the main road and traffic coming to town from Sydney and Wollongong by installing a major roundabout there, a project that is currently in the tender process.

Also, $7 million has been put towards updating the town’s waste facility and council will look at installing a processing area there, while another major project is upgrading the sewage and water at Marulan.

Marulan was a fast-growing town, Mr Walker said, as a lot of people used it as a base to work in southern Sydney. Likewise, many people built their homes in Goulburn and drove down the highway to work in Canberra.

When asked what the major issue affecting the region was he said public transport as most people had to travel in cars.

“Transport to major centres is an issue we are constantly trying to address,” he said.

“Other than that I think we’ve been quite fortunate. We are a city that’s got good growth and good outlooks.”

READ ALSO ‘You should give back to the community’: Goulburn’s Riding for the Disabled volunteer honoured

Councillors rescinded a motion to elect a deputy mayor and chose to move in a new direction where there will be no deputy for this council term which lasts until September 2023.

Instead, the duties of the deputy mayor will be shared between the remaining eight councillors,
depending on skill set, experience and the situation, which will be discussed in detail at a future
briefing.

The first meeting covering the general business of council will be held on 1 February.