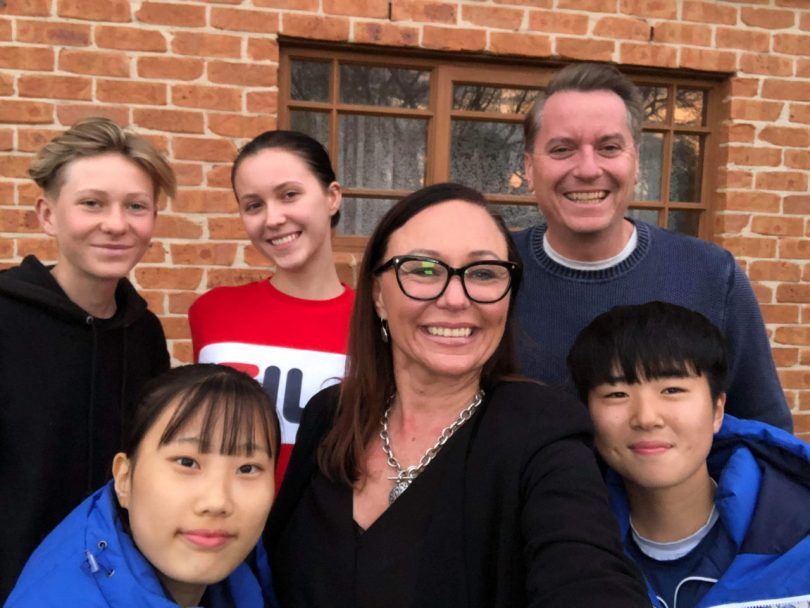 Leanne alongside her family as well as Semin (bottom left) and Haram (bottom right). Photos: Supplied.

While the Kanga Cup tends to attract a lot of attention on the field, there are special things happening off it that can not go unnoticed.

The Kanga Cup places a big emphasis on getting international teams to participate in the tournament and for Gungahlin United, it gives families within the club a unique opportunity to provide home-stay accommodation for the under 18’s Dongbu High School team from South Korea.

This allows families to really get the Korean girls immersed in the Australian way of living and in return, they get to learn the ways of a completely different culture.

Gungahlin United’s Leanne Shea Langdown put her hand up this year and has had Semin and Haram from the South Korean school stay with her family.

Leanne is doing billeting for the very first time alongside her husband and children and though there have been small barriers, they found a way to communicate with each other.

“I did it this year because I felt like I could personally relate to them, I have a 19-year-old daughter and a 15-year-old son, so they fall nicely into the ages of my children,” Ms Shea Langdown said.

“It’s been incredible, it has been really worthwhile and the rest of the family were a bit nervous, they were just very excited to have them.

“Neither of them speaks English, so I’m able to use Google Translate to type notes for them each morning about how the day is going to progress and print it out in Korean. They’re really enjoying themselves. With anything it takes a while to settle in, but we have made them feel a part of the family.” 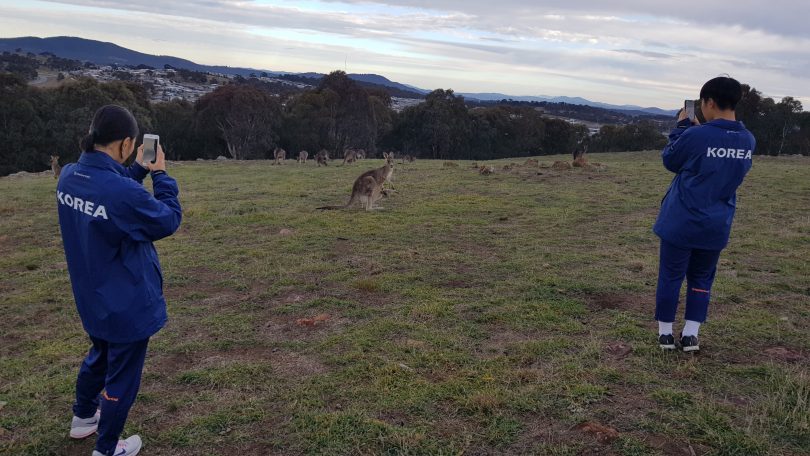 Kangaroos aren’t a common sight for Semin (left) and Haram (right), so they were not about to pass up a photo opportunity.

Getting a glimpse of each other’s cultures proved an eye-opening experience for the Shea Langdown family and the Korean girls.

“They laughed at me when I tasted it for the first time because it was quite an odd taste,” she said. “But now I have been drinking it every morning just to show I appreciate that this is a part of their culture.

“We took them to the supermarket on the first day. You should have seen the look on their faces when they saw the steak, they were in shock, they didn’t understand. Then I understood that they would normally eat it chopped up.

“I made Parmigiana and the interesting thing there was seeing them try to use a knife and fork. It was a cultural experience and one that we laughed at between us, they enjoyed that interaction.”

The importance of showing support and inclusion was valuable for the family to project, especially considering the girls were so far away from home and out of their comfort zone.

“Personally as a mother and my husband as a father, we are making sure that they feel very nurtured, safe, welcomed and that they can talk to us about anything. I was able to do that through the words I used and through my touch. 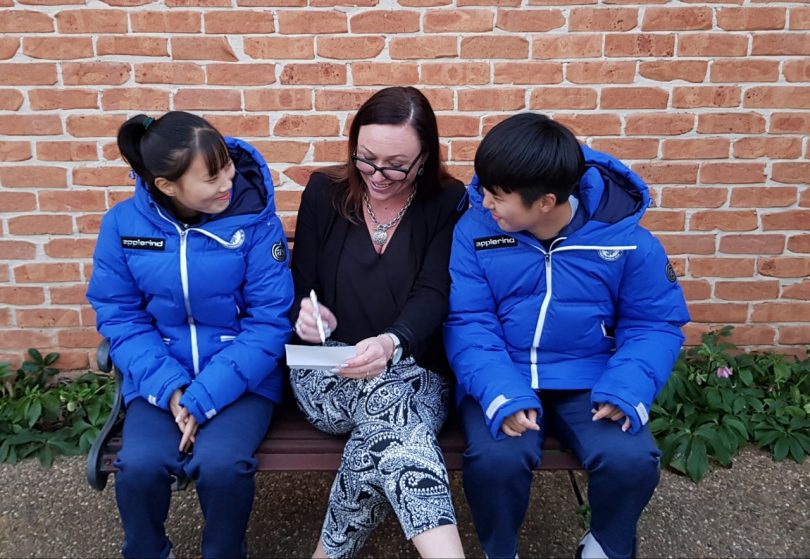 Leanne reading the English-written letter from Semin and Haram.

“It is extremely important for any family to make them feel that it is a safe haven and that they can talk to you as they would a parent or trusted grown up.”

Due to holiday commitments, the girls will move into another billeting home for the remainder of the tournament, but they wrote a thank you letter in English, which detailed their feelings about the family taking them in.

“They actually hand wrote the most beautiful note to me in English, which would have taken a very long time to copy from google translate, but it was handwritten beautifully,” she said.

“Saying that this is something that they will remember forever, that they felt like family, felt like they were at home and hope that they meet the four us again.”

May Agnew - 21 minutes ago
I am being blocked from SHARING my above comment -not allowed to speak the truth these days --WHAT NEXT ?? View
May Agnew - 24 minutes ago
Turning the beauty of Canberra into a concrete jungle now and to think that so many hard workers who built this beautiful cit... View
Jamie Peterson - 4 hours ago
This article is the same as a puff piece for Andrew Barr 😂😂😂😂😂😂😂😂😂😂😂😂😂😂😂😂😂... View
Lifestyle 65

HiddenDragon - 6 hours ago
The attractiveness, or at least acceptability, of online learning for international students will surely depend on whether th... View
Janet Mulgrue - 6 hours ago
I did my masters by correspondence before the days of online study. I found it great as I was also working full time. I was a... View
Anissa Jones - 7 hours ago
An article written by a non-teacher commenting on educational practices. What’s wrong with this? Hrmmm Could it be he has n... View
Community 2