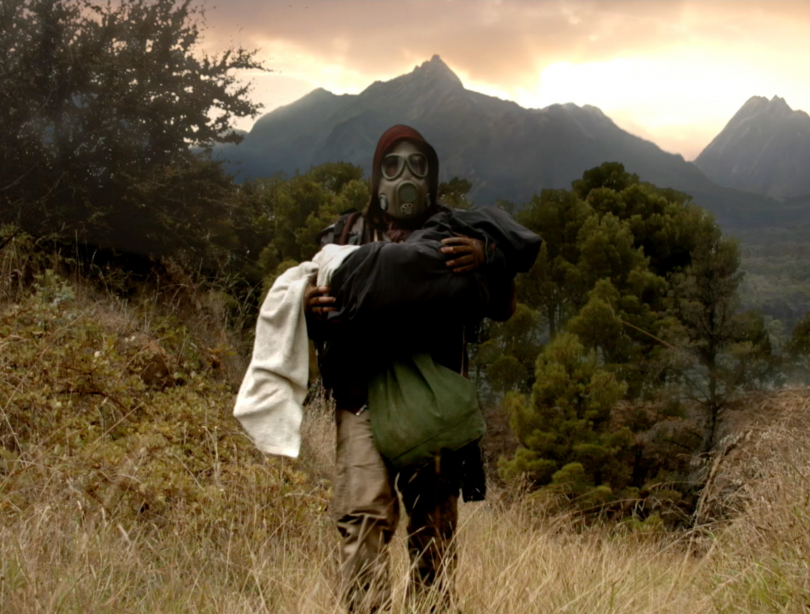 As location filming the world over evolves to take advantage of new and lucrative international destinations such as Canada, Croatia, Colombia and Iceland, Australia has also emerged as an attractive production prospect.

In the ever-changing film and TV landscape, Canberra is vying to retain its place in the new world order with the locally produced Blue World Order – a post-apocalyptic drama produced entirely here in our own backyard.

The new film from local duo Ché Baker (writer/producer/director) and Dallas Bland (director) is an independent sci-fi drama. Set in a post-apocalyptic world, we follow Jake (Jake Ryan – Home and Away) in his quest to find his estranged daughter in a devastated and destitute world.

Other recent productions, for example Galore (2013) and TV series The Code (2014), have found their way into our nation’s capital. As a logistically less complicated and more cost-effective location, Canberra provides an alternative to Australia’s bigger cities and is conducive to films and filmmakers looking to break onto the scene sans the financial backing of major studios.

The alternating settings of these locally produced works is a testament to the diversity of usable landscapes in the nation’s capital. From regional suburbia, local rivers and dams of the bushfire-backdrop-teenage-drama Galore, to urban cityscapes and corridors of political power at Parliament House in TV thriller The Code, chameleonic Canberra doubles again to suit the stark and desolate imagery of Blue World Order.

Only a few weeks ago, Canberra took out Lonely Planet’s no. 3 spot in the annual global Top 10 Cities to Visit. The city on people’s lips, whether you love it or hate it, Canberra is slowly but surely creating a name for itself. When it comes to film, Blue World Order is now doing its bit to keep Canberra in the conversation.

Born of an 8-minute short film produced back in 2012, the full-length Blue World Order is a genre mash-up of Mad Max and Star Wars. Screenings will take place at both Palace Cinemas, and at the National Film and Sound Archive (additional venue due to popular demand). All the excitement takes place on Friday, 1 December from 6:30 pm and includes a Q&A with cast and crew and after-party at Palace Electric. Tickets are only $20.

All too often – and although we know better – outsiders clamour in disappointment at Canberra being empty and too quiet along the lines of “Where is everyone?” In a movie illustrating a world essentially bereft of human life as we know it, the ‘bush Capital’ is flush with location options.

Starring US actor Billy Zane of The Phantom (1996) and Titanic (1997) fame, and Australian icon Jack Thompson (Breaker Morant), there is even a cameo from ACT Chief Minister Andrew Barr in this entirely locally-produced sci-fi love letter to Canberra.

Film-makers and co-directors Ché Baker and Dallas Bland are looking to even bigger and better things off the back of this watershed production in the heart of the local region. Blue World Order is just the beginning of their journey.

To book tickets to this exclusive event, visit the official website HERE. 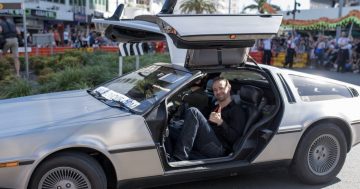