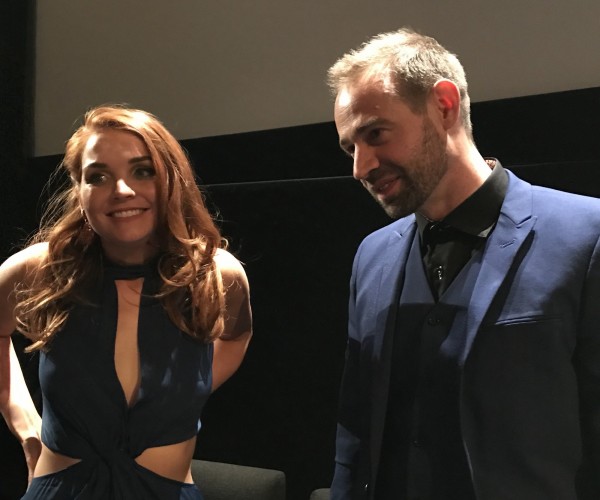 The atmosphere was palpable last night, as the guests waited on the blue carpet, and watched the vehicles arrive in a majestic parade of Delorians to the entrance of the National Film & Sound Archives – one of them an original from “Back to the Future”. 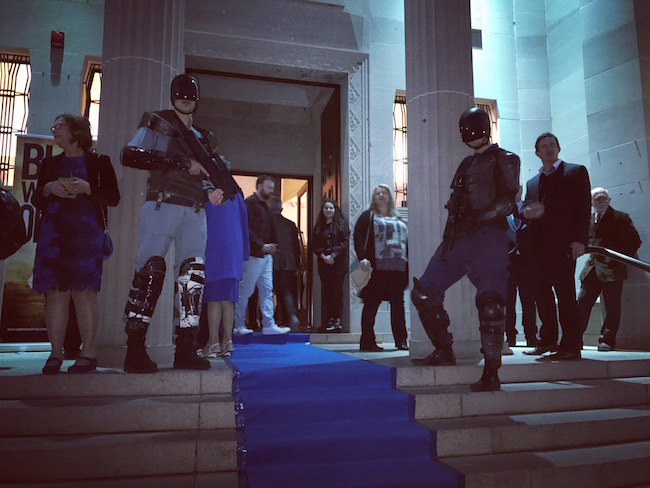 What better location to hold this private preview event, mostly for the makers, participants, backers and VIP guests, who worked so hard to make this movie a success. It was indeed a night of great celebration – a triumph for Canberrans Che Baker (director, writer and the driving force behind the film) and Sarah Mason (writer/producer), who appeared in person to launch the celebration – and enjoyed the glory afforded those with vision, who take the tough journey and finally turn that vision into reality. The vision all started with a short concept film made by Mr Baker and his good friend, Dallas Bland.

Mr Baker and Mr Bland wanted to show the world that Canberra can produce more than just political drama. This sci-fi post-apocalyptic movie is just the beginning. It may just put Canberra more firmly on the map of “go to” filming destinations, as it seeps through (and hopefully infiltrates) the movie world at large. 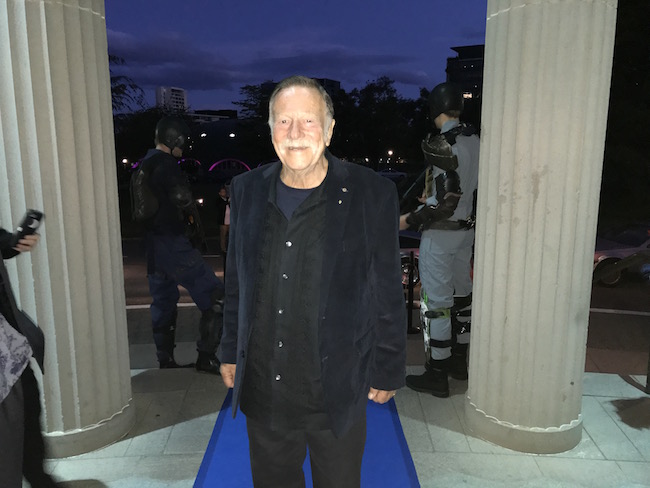 It seems that so many have given generously towards this production. There are the backers (as the film has been privately funded) and many have pledged their support and cash (including the new co-owners of The RiotACT, Michael McGoogan, who is listed as an executive producer, and Tim White). Much loved Australian actor Jack Thompson appears in the film, and he says that he has lent his support because he believes in it. It’s a vote of confidence that really matters in the Australian film industry – from an iconic veteran of film, whom we all respect for his track record. Matthew Reilly (another icon from Australian literature with his own track record), generously lent his support too – and especially valued, his very own Delorian! 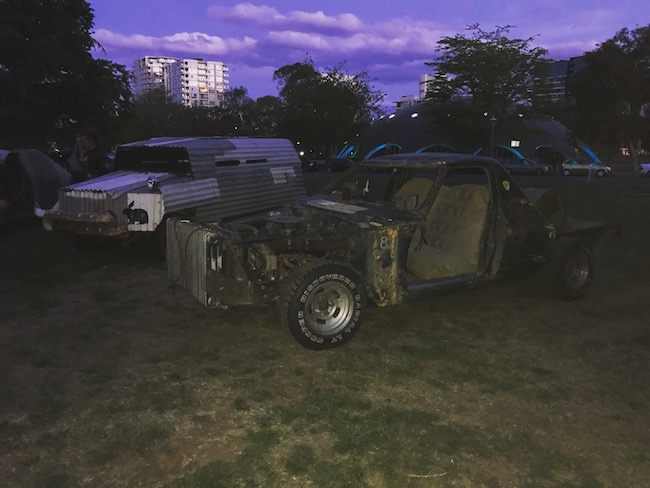 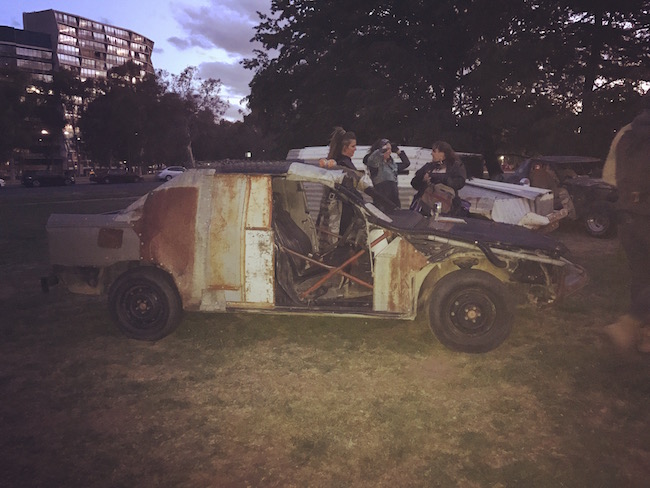 A fast-paced tale of twists and turns, this film was indeed a Matthew Reilly style, action-packed thriller in the sci-fi genre with a touch of speculative narrative thrown in, which made it a little bit scarier.

The film starts after the human tragedy has begun. The northern hemisphere has been wiped out by war. The southern hemisphere is in chaos, as everyone migrates south searching for a safe haven. Bacteria is released that kills all who are infected, and that’s just about everyone. The self-appointed rulers (The Order) have urgently issued an immunisation via an EMP – a bio-tech virus, but inadvertently (or otherwise) this powerful cure, unbeknownst to the general population places a neural control within their nervous systems. It makes them non-violent, but at the same time, allows the governing body to control their thoughts.

There are some very shocking scenes, but the script is also punctuated with humour and some very clever lines that the audience responded to enthusiastically.

One never knows what the end might be as you watch a movie, but I did walk away satisfied and won’t be giving it away here.

For Canberra viewers, there were special treats. There was a very familiar symbolic icon visible throughout the movie and one could notice a few other familiar landmarks. 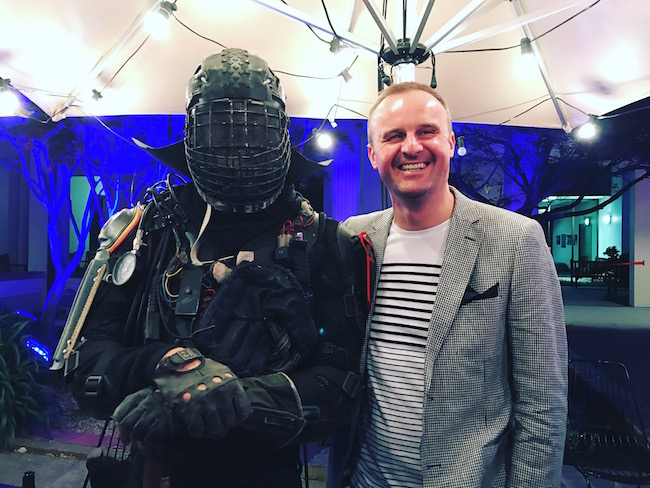 But I for one won’t ever forget our very own chief minister Andrew Barr having his moment in the limelight with a cameo appearance towards the end of the film.

In one word: extraordinary – literally!