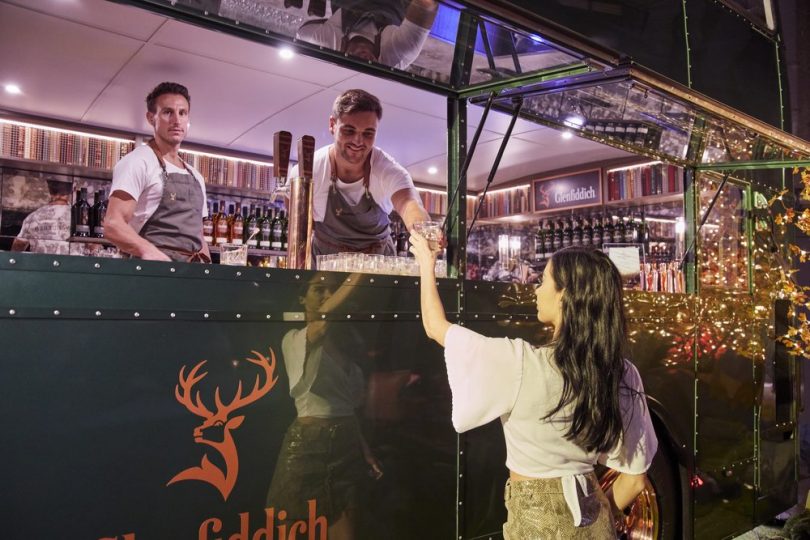 The bus will be crewed by bartenders from Highball Express. Photo: Dina Martin.

For 20 years, William Grant nurtured a dream to make the ‘best dram in the valley’.

In the summer of 1886, with his nine ‘bairns’ by his side, William began building his whisky distillery by hand, stone by stone. After a single year of work, it was ready, and William named it Glenfiddich, Gaelic for ‘Valley of the Deer’.

Since then, his whisky has gone around the world in barrels and bottles, and now it’s coming to Canberra on a bus.

For the very first time, the Glenfiddich’ Whisky Wanderer’ bus will pull up in the ACT, taking over Odgers Lane behind the Melbourne Building from 7 to 19 March. 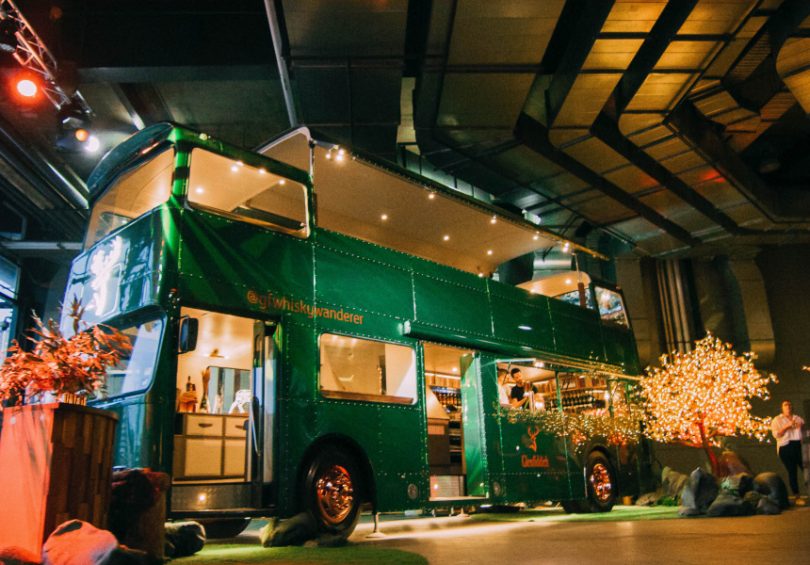 The Whisky Wanderer has toured Australia since 2019. Photo: Dina Martin.

The Whisky Wanderer is a 1972 double-decker vintage Leyland bus converted into a 10-metre long whisky experience on wheels, including a full-service bar, lounge area, and seated tasting and dining facilities, all under a raised roof.

Officially launched in 2019, the bus has become a beloved feature at many of Australia’s food and wine shows, said to bring a truly unique single-malt journey to life, making stops along its journey around the country for intimate tastings, delectable food pairings and chats about all things whisky.

This will be the first time the Whisky Wanderer, or any other alcoholic bus like it, has headed down the highway to Canberra. It will take pride of place in Odgers Lane as part of an outdoor laneway bar experience with Canberra’s secretive speakeasy, Molly. Bartenders from the nearby Highball Express will be crewing the bus. 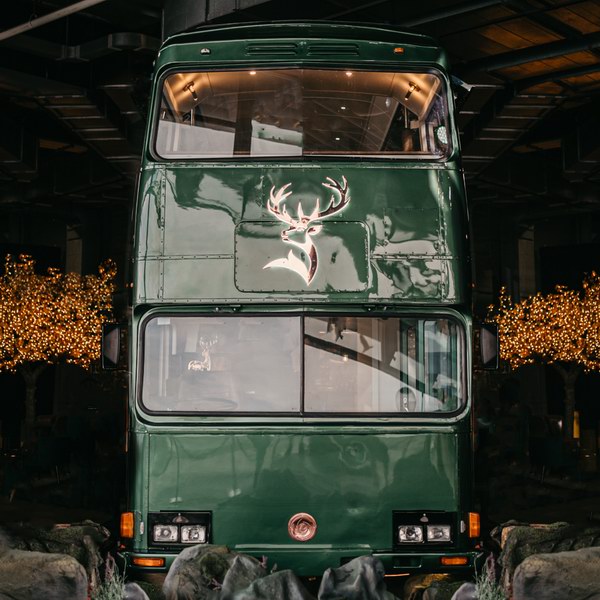 A good kind of deer on the front of a bus. Photo: Dina Martin.

Highball Express venue manager and current ACT Bartender of the Year Rohan Walsh says his business is in the process of relocating to a new venue so his team are happy to keep their skills up to scratch by serving drinks from behind the mobile bar.

He says Molly is very excited to be hosting the Whisky Wanderer.

“It’s going to be an awesome opportunity to showcase some cool ways you can use the spirit.”

Some of the “cool ways” include a variety of cocktails and ‘boilermakers’, or whisky in a can.

He says the appeal of Glenfiddich lies in its combination of variety, quality and marketing nous.

“Mix all those together and it’s always going to be popular. They’ve also got a variety of special editions, including rum-cask and bourbon-cask finishes.” 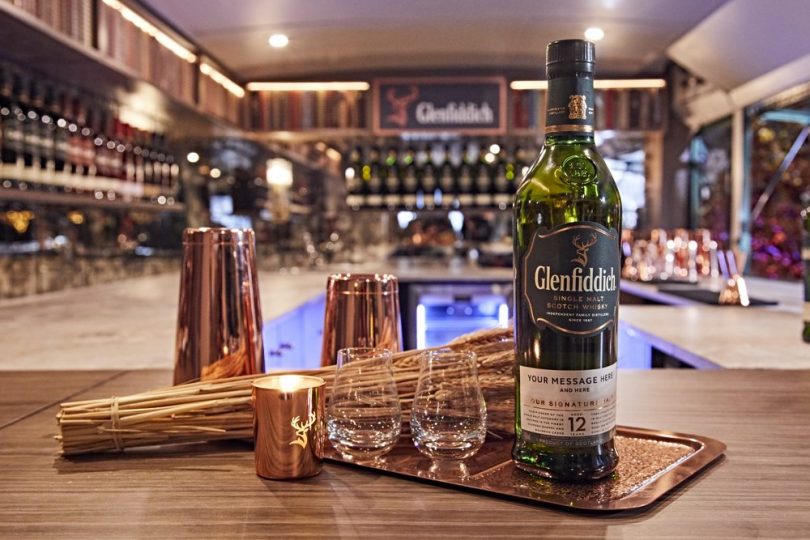 There will also be wine and beer for those who squirm at the taste of whisky. Photo: Dina Martin.

For those who aren’t so spiritually inclined, there will be other alcoholic drinks.

“We’ve paired up with Young Henry’s beers, so we have a variety of packaged beers and local wines,” Rohan says.

A series of exclusive masterclasses on board the bus will also offer the ideal introduction for those beginning their whisky journey and something new for whisky enthusiasts.

During the ticketed tastings, guests will learn about and taste a selection of Glenfiddich bottlings, as well as hearing about the history of the hallowed ‘Valley of the Deer’, all from the top deck of the bus.

Table bookings, private functions and walk-in spots at the Whisky Wanderer will be available from 4 pm daily, from 7 to 19 March. Book online.

Why can’t Transport Canberra get their act together and have a couple of these travelling along our bus routes? Much more fun than a ACTION bus (no matter what its energy source) and certainly better and more cost effective than a boring old tram. They can park the Whisky Wanderer in my front yard anytime.