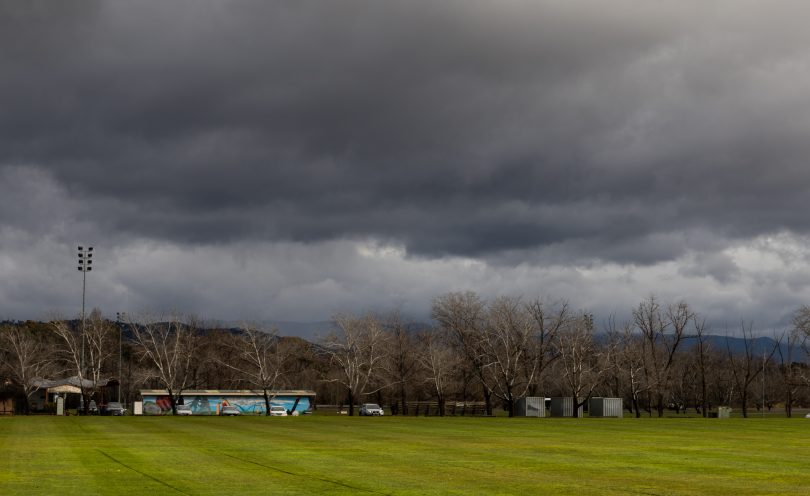 A week of storms on the horizon? It’s possible. Photo: Michelle Kroll.

The Bureau of Meteorology is warning that storms could be possible every day for the next week as the La Niña climate driver continues.

An inland trough is currently sitting in the western parts of NSW. It is combining with an easterly flow, drawing moisture from the eastern side of that trough to create instability in the atmosphere across all of NSW and the ACT.

There is also a trough currently moving through Victoria, which is expected to bring further instability to the south-east of NSW and the ACT in the latter part of this week and into the weekend. This instability has led to the sustained possibility of thunderstorms all week long.

Rainfall is expected to peak on Friday when between 8 and 15 mm is forecast. Other than Friday, large amounts of rainfall are not expected.

So far, February has been significantly drier than January. To date, there has been 9.2 mm of rain this month at Canberra Airport compared with 98 mm in January. At Tuggeranong, 35.6 mm has fallen in February, including 31.6 mm from the 1 February storms, compared with 134.4 mm captured over January.

The BOM is currently forecasting the end of La Niña and a return to a neutral climate driver period by mid-Autumn. BOM engagement officer Morgan Pumpa expects this above or near-median rainfall to continue in March and throughout May.

There are several factors that will affect which parts of the region experience more storms and more rain.

“It can depend on the clouds and how much moisture it builds up. The cumulonimbus cloud can bring lots of rain, and then down the road, someone might not get any at all,” Ms Pumpa said.

“It also depends on the topography of the area and how much moisture builds up. We have the different types of storms, and we’ve seen the trough bring in some thunderstorms and severe thunderstorms lately.”

ACT Emergency Services Agency has reminded the community to prepare their homes for storms. They recommend homeowners clean gutters, move cars under cover or away from trees, secure loose items around the house, avoid travelling through floodwaters, and keep at least 8 metres away from powerlines should they fall. 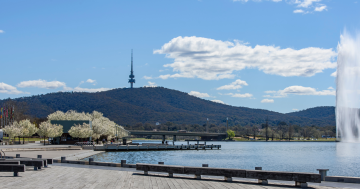