Experts in buying, selling & renting
Your property, your future
2 February 2020

It's boom-time in Q-town, but who benefits? 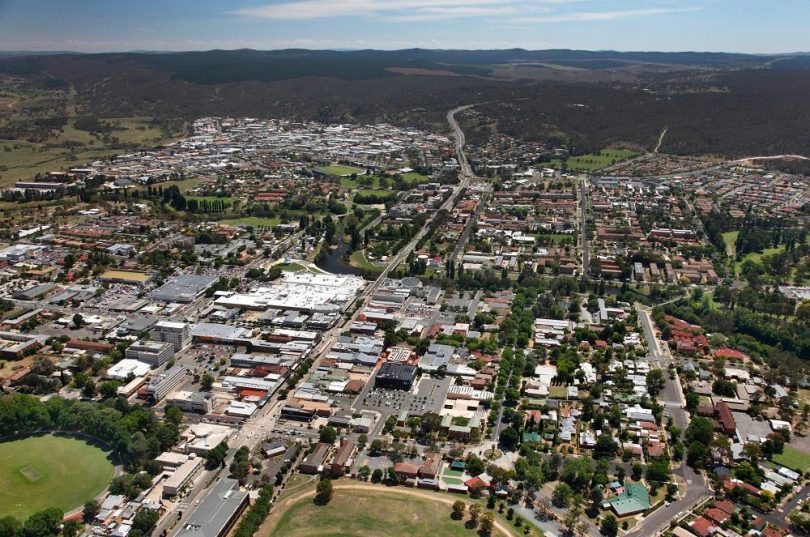 Post-amalgamation, it’s boom time for Queanbeyan, but what about the rest of the Shire? Mayor Tim Overall has his foot on the accelerator as funds flow freely ahead of the NSW State election in 2019, shortly followed by a Federal election.

Queanbeyan Palerang Regional Council (QPRC) has wasted no time in pushing through plans, including new Council chambers and a regional sports centre, not to mention the controversial Ellerton Drive Extension, priced at $86 million.

But how do ratepayers of the Shire, stretching from Sutton to Captain’s Flat and Majors Creek, feel about the multi-million dollar injection of funds or projects primarily targeted at the major urban centre? The amalgamation process delivered around $15 million in funding to QPRC, but critics insist that the investment doesn’t necessarily mean benefits for the shire as a whole. They point out that Canberra is the natural economic centre of the region. Therefore the money spent in Queanbeyan is less likely to benefit Sutton and Bungendore residents than if Queanbeyan was a true hub.

QPRC residents had until 5 pm on Wednesday 31 October to have their say on the Draft Retail Growth Strategy. The Strategy aims to “identify and recommend realistic and innovative strategies to achieve the long-term rejuvenation of the Queanbeyan CBD. This includes identifying prioritised actions for stakeholders, such as businesses, community and Council.”

In June QPRC decided on the Queanbeyan CBD transformation strategy, to re-locate Council’s new head office and proposed new smart hub. The project, which will be paid for via merger savings, lease income and review of services is budgeted at $32 million and expected to be completed by 2022. 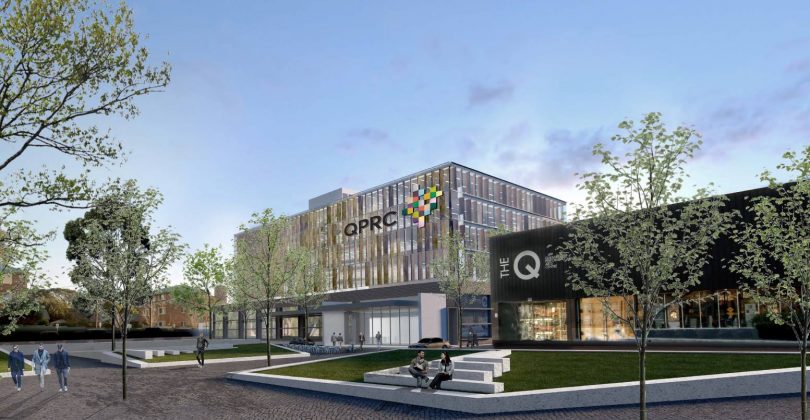 Design for the new QPRC offices in the Queanbeyan CBD.

Last week QPRC also agreed to progress a proposal to sell surplus Council-owned sites on the corner of Rutledge and Crawford Streets to private developers Downtown Q Pty Ltd (DQPL), “in accordance with the Unsolicited Proposals Guidelines and Heads of Agreement previously signed between the two parties.” The sites are currently occupied by Council staff; however, with the redevelopment of Council’s Queanbeyan administration building in Crawford Street, they will be surplus to Council requirements.

Queanbeyan-Palerang Regional Council Mayor Tim Overall said, “For a number of years, Council staff have been inefficiently housed in 11 different buildings across the CBD. It is important for the health and efficiency of the organisation that we get staff into a purpose-built office space.”

Alongside the plans for the CBD, the NSW Government is building new Police Station to the tune of $17 million. A $1.5 million Bicentennial Hall upgrade will incorporate upgraded professional spaces including a stage, box office and dressing rooms. 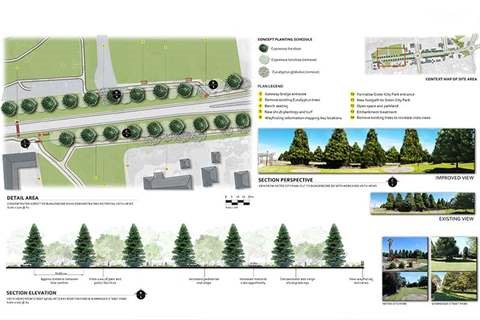 Upgrades to the approach to Queen’s Bridge on Bungendore Road.

A QCBD Smart City Project to the value of $931,000 is to be completed by June 2019, jointly funded by Department of Industry, Innovation and Science (DIIS) Smart Cities and Suburbs Program and Council in a 50/50 split. The Smart City project will deliver free public Wi-Fi, smart street lighting, smart parking, CCTV including video analytics, environmental sensors for emissions, noise and traffic and 3D digital city modelling to the CBD.

Earlier this month, Member for Monaro John Barilaro announced that Queanbeyan will soon have a $30 million regional sports complex to meet the recreation needs of its surging population. The sporting complex is proposed for a 24-hectare greenfield site in South Jerrabomberra. A $10 million NSW Government grant from the Regional Sports Infrastructure Fund will kick off the project. 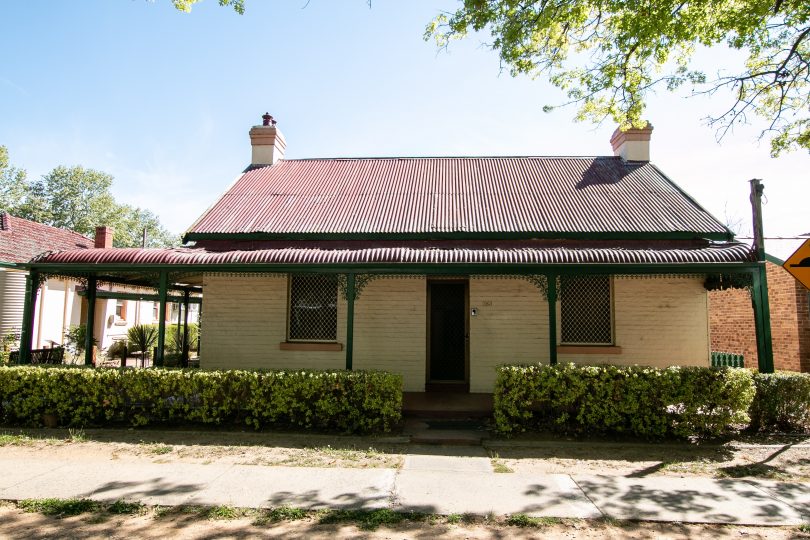 Dutton’s Cottage, c 1880, is one of the heritage buildings to be sold off.

The Queanbeyan Indoor Sports Centre has also had a $4.5 million upgrade including a $2.25 million Community Development Grant from the Federal Government and matching Council funds will see the expansion.

In March 2018, QPRC conditionally approved a development application for a cinema in the Queanbeyan CBD. The development incorporates a nine-screen cinema complex with a total seating capacity of 1,315 patrons, licensed bar, lounge area and arcade.

Should Queanbeyan alone benefit from the major pre-election cash flow? Do other QPRC residents get a fair go from the funding?

This is choice, the best run council in NSW being criticised by the neighbouring local council of a ‘big company town’ funded by the rest of the country, that gets more GST than it contributes.

And for your information, the only controversy over the new EDE bypass, apart from the people who bought next to the easement, is why it wasn’t built sooner.

Oaks Estate should seceed, they’d be more than welcome to join QPRC.

As a de facto QBN resident myself (coz the ACT Labor Govt doesn’t give a stuff about Oaks Estate – never has), and having been involved in ACT politics for years (so I know incompetence and corruption when I see it), and involved with QPRC to seek better outcomes along the border (coz, again, ACT doesn’t give a stuff), I reckon my views count more than a bit.

Yes, QBN is changing – fast. But, unlike the ACT, that ‘change’ is not strip-mining the community for developer benefit. QPRC does local roads and traffic calming really well, as well as fantastic parks and community infrastructure. The DA and heritage process is pro-actively regulated (unlike the ACT). QPRC do a solid job of providing high quality municipal services.

I expect QPRC to manage the new developments mentioned above in that vein. Contract that with the ACT, where the light rail is five times more expensive than the bus option, the jail is overcrowded but hey let’s spend $250 million on the courts instead, ACTION are getting hacked to pieces, garbage strikes are on again, and parks are becoming wastelands.

QBN is how CBR should have been for ACT residents before the ACT ALP ruined it all. 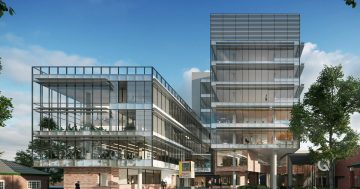 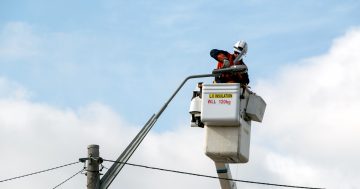 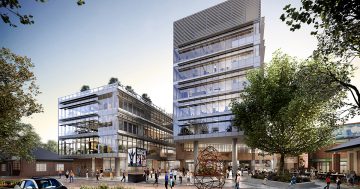