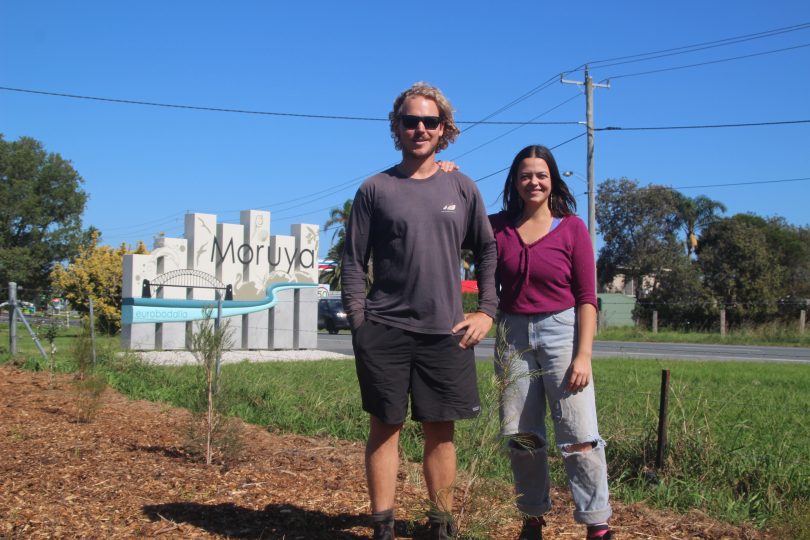 Ever dreamed of starting an earthy business on the coast? Well, this young couple are doing just that.

Alex Chiswell and Eliza Cannon have leased – or ‘borrowed ground’ – four acres on the Moruya river-flats to start a small-scale market garden, Borrowed Ground, based on organic and regenerative principles.

Their idea has firmly taken off with a Pozible crowdfunding campaign to kick-start their dream raising more funds than their original target.

Through the crowdfunding platform and their smart website, Alex and Eliza had a target of $12,000, which they quickly reached. Stretching the target further, the sum raised has reached $13,099.

Eliza is originally from Sydney and Alex grew up on the Central Coast.

Eliza graduated as a primary school teacher in 2017, and Alex completed a horticulture apprenticeship in 2015. The pair has eight years combined experience working on farms in Australia, Canada and Chile.

“After completing an internship with Fraser Bayley and Kirsti Wilkinson at Old Mill Road BioFarm, in Turlinjah [19km south of Moruya] in 2016, we never looked back,” says Eliza. “We knew we wanted to become small-scale veg producers.”

Since 2016, they managed a small vegetable enterprise on rented land outside of Camden, Sydney, and supplied seasonal vegetables to a restaurant group called The Boathouse Group. While they managed this, Eliza also worked part-time as community coordinator with Pocket City Farm.

“I designed and implemented a curriculum-based education program to be delivered on the urban farm, she says. “I was also able to launch a monthly food talk series which was so much fun.”

Following that experience, and with an itch to travel and learn from farmers around the world, they volunteered on farms in Patagonia, Chile, and then a paid season of work in Nova Scotia, Canada.

Just before the season ended in Canada, Fraser and Kirsti from Old Mill Road offered Alex and Eliza their four-acre town block in Moruya to rent. 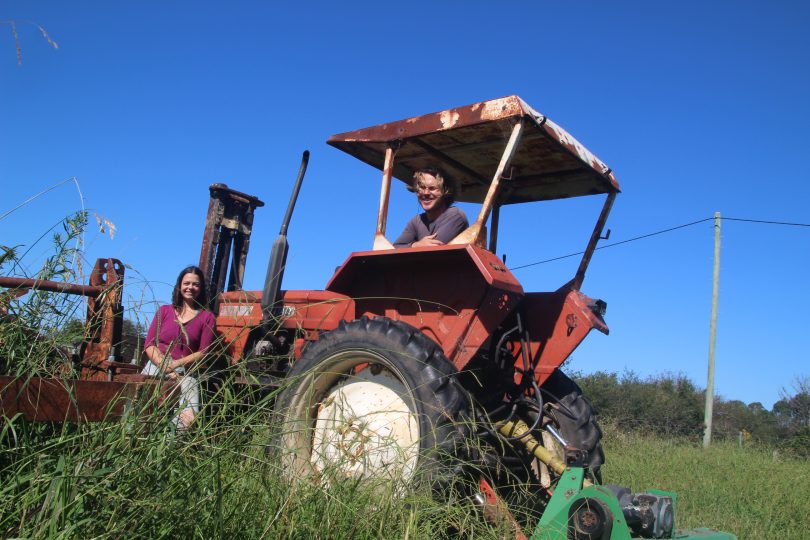 Eliza and Alex on the site of their four-acre market garden farm. Photo: Alex Rea.

“We couldn’t believe the synchronicity of it all,” says Eliza. “When we returned home, finding land to grow on was going to be our main focus. The location is perfect and Moruya and its surrounding areas have always remained pretty special in our memories.”

The building of Borrowed Ground is currently in the planning phase and the first harvest won’t be until October.

“The [COVID-19] virus hasn’t directly impacted us in terms of how we have been working, which has involved lots of office work and land prep,” says Eliza. “However, it has made us re-evaluate our target market.

“Initially, we were planning on selling to Canberra restaurants and farmers’ markets as we didn’t want to step on the toes of existing farmers in the area. But with this virus acting as a catalyst for people placing more value on local, resilient food systems, we are now thinking more about starting a vegetable box delivery scheme to households in the immediate and surrounding area.

“It seems as though demand for local food has increased due to the realisation that conventional food supply chains aren’t as reliable as once thought.” 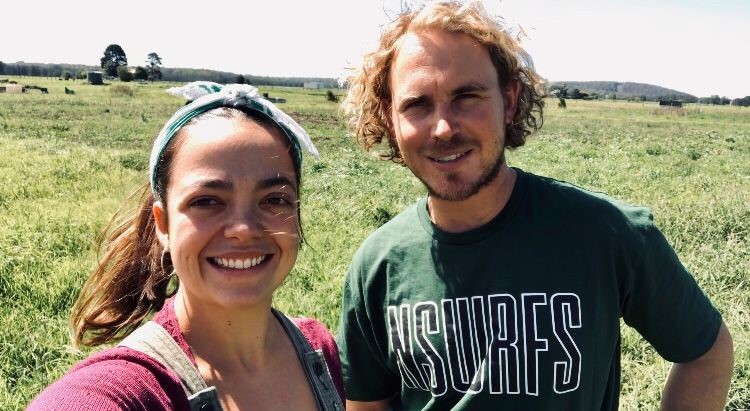 Alex says local food supply is a significant driving force for their business. “This is a huge positive for us as we are massive advocates for minimising food miles and feeding the local community,” he says.

While it is early days for their business, the pair has major plans. “I have big hopes for Borrowed Ground and aim to hold community events, workshops and education programs,” says Eliza. “Most of all, I want to have fun and feed people with our tasty eats.”

On the name Borrowed Ground, Alex says: “We acknowledge that any land we inhabit as white Australians will never truly be ours – our First Nations Peoples will always hold right and responsibility over it.

“In our context, we wish to acknowledge the Yuin Nation and the many groups of saltwater peoples who have inhabited and sustainably cared for the South Coast for thousands of years before us, and continue to do so today. We acknowledge and wholeheartedly respect their strong connection to country and place, which holds their sacred sites, provides them with food and an innate sense of identity.”

Alex says the practices Borrowed Ground will employ to achieve its bio-intensive farm will be based on farming practitioners such as Eliot Coleman and Jean-Martin Fortier. “Charles Massy’s book, Call of the Reed Warbler, forms a foundation of what we aspire to in our Australian context. We want to leave the land in a better condition than when we found it.”

Wishing the young couple well. Moruya will be blessed to have such local quality produce

Someonesmother - 20 hours ago
Gee why does this not surprise me? Look who the developers are. 43 car parks in a completely congested street, using Canberra... View
News 17

@The_RiotACT @The_RiotACT
If you're an emerging theatre maker, where do you go for experience? Three local creatives say the Canberra Youth Theatre artists' residency has been invaluable for them https://t.co/wBFdnL4Ls5 (23 minutes ago)