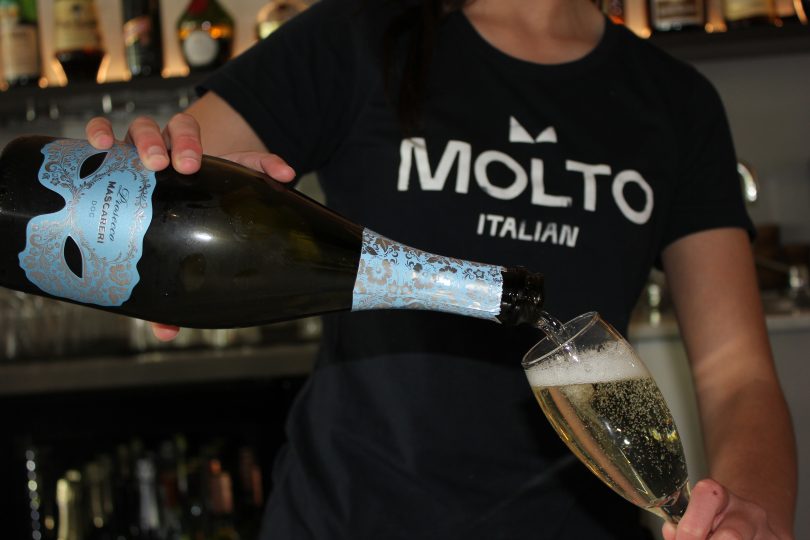 Molto Italian serving up a Bottomless Brunch with a choice between Prosecco or Champagne. Photos: @zees.grams

What do pizza, Prosecco and ice poles have in common? They’re all part of the new Bottomless Brunch menu at Molto Italian.

When you think traditional Italian food, you don’t normally think of bacon, eggs or fruit, but that is exactly what the creative team at Molto have produced. Fusing our favourite Italian dough-sauce-and-cheese dish with our favourite part of the day, brunch!

On the menu, you can expect a High Tea tower filled with refreshing seasonal fruits and freshly made cannoli and bombolini. Then, feast on a choice between four woodfire pizzas (including two vegetarian ones) bathed in toppings including Italian sausage, crispy bacon, burrata, baked egg, smoked salmon, and hollandaise. All while the waiter continues to top up your glass with a choice between bottomless Prosecco ($35pp) or Champagne ($50pp). 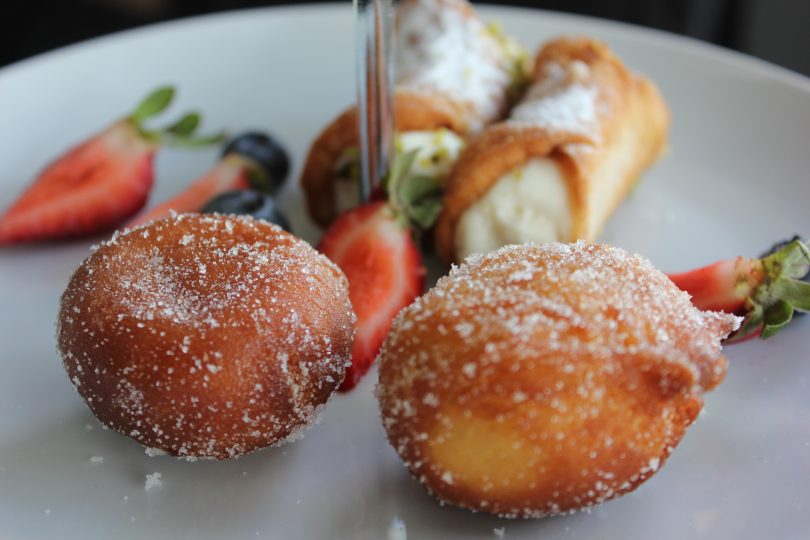 Molto even have dessert sorted, with a summer favourite- the ice pole! Revitalise your taste buds with one of two flavours: Prosecco, blood orange liquor, blueberry, and mint; or peach Melba yoghurt pop, and toasted coconut.

Chef, Josh, is the brains behind the Bottomless Brunch menu and says it’s a way to stay competitive but traditional at the same time.

“We wanted to do something different, something that kept us in the loop, like staying in touch with what everyone else is doing to put Molto back on the map again. The brunch pizza became part of us sticking to what we do best- Italian, and we wanted to put a twist on it.” 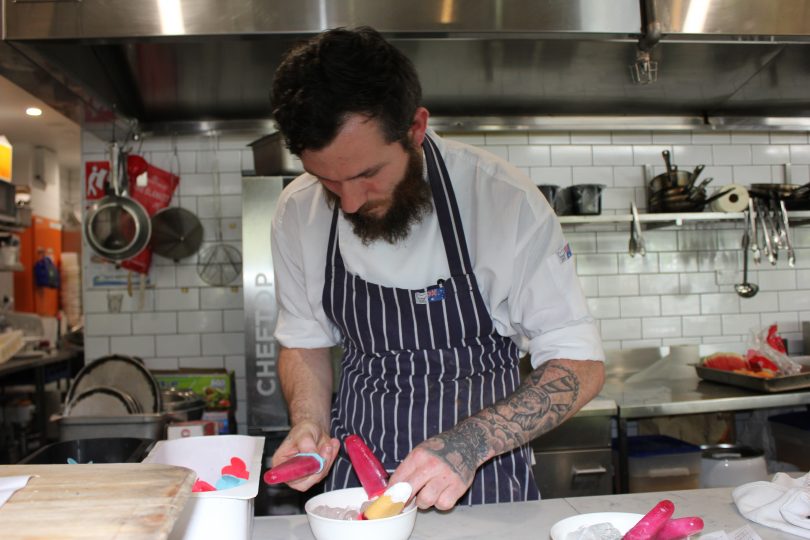 Chef Josh is the creative behind the Bottomless Brunch menu.

Coming from a background in developing café-style menus, Josh sees brunch as his forte and something that he has uniquely brought to Molto. His biggest challenge has been attempting to Italian-it-up:

“I know a lot more of the brunch stuff than some of the boys [at Molto] so my whole background is about doing this. It just comes easily to me so I knew what to do and I just had to make it work with pizza, which…I mean, any topping on pizza is already amazing and the pizza that we do here is great” 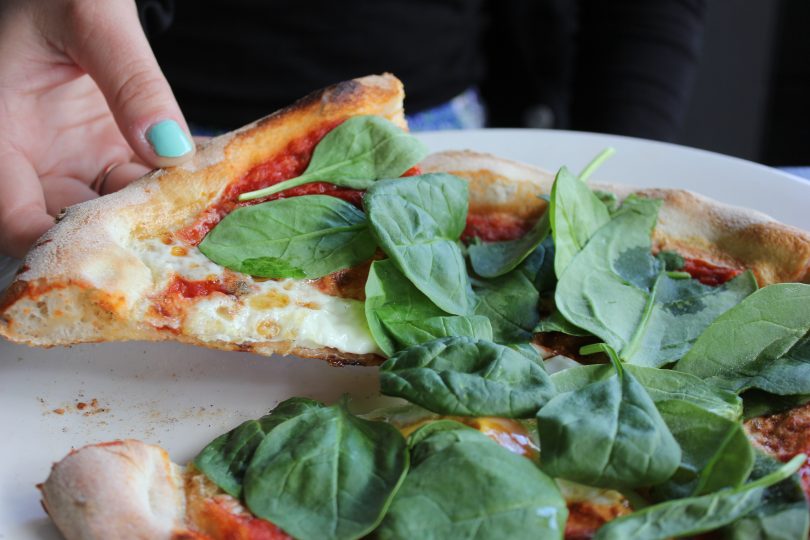 Molto Italian offers a choice between four pizzas including two vegetarian ones.

But creating a brunch-themed pizza was tougher than simply sprinkling a bunch of toppings on some dough. Josh says he took the time to trial what would work and what wouldn’t. 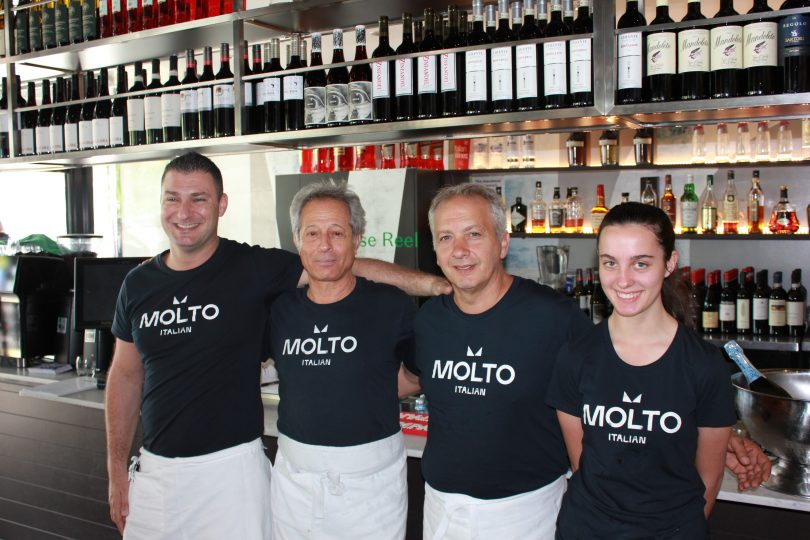 “We had to experiment with different sizes to try and find the right size for a brunch menu. It took us about seven or eight batches of dough and then we had to try and see how we would plate it up, how it would work to cook in the oven and to serve…so it took a while but we got there in the end and it’s working really well.”

While currently an untouched concept, the pizza-themed Bottomless Brunch already has Canberrans lining along the Kingston Foreshore. Josh is overwhelmed with its popularity since launching a few weeks back. 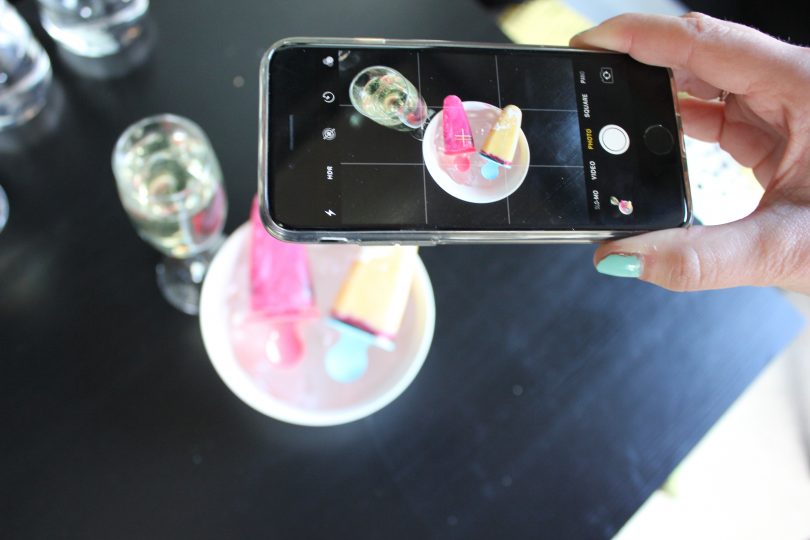 Finish the brunch off with Molto’s signature Ice Poles!

“It’s taken off a lot better than we thought, we are booked out for the next three weeks! I am very proud of it. All the amazing and hard work has really paid off.”

For those looking to escape to Italy more during the evening rather than the morning, Molto also have a large menu filled with dishes that will have you kissing your fingers and sighing “amore”.

Josh recommends staying traditional and trying any of the pastas which are made by the pasta chef during service. Of course, you can never go wrong with pizza at Molto, prepared by chef Nino who has come all the way from the homeland itself- Italy. 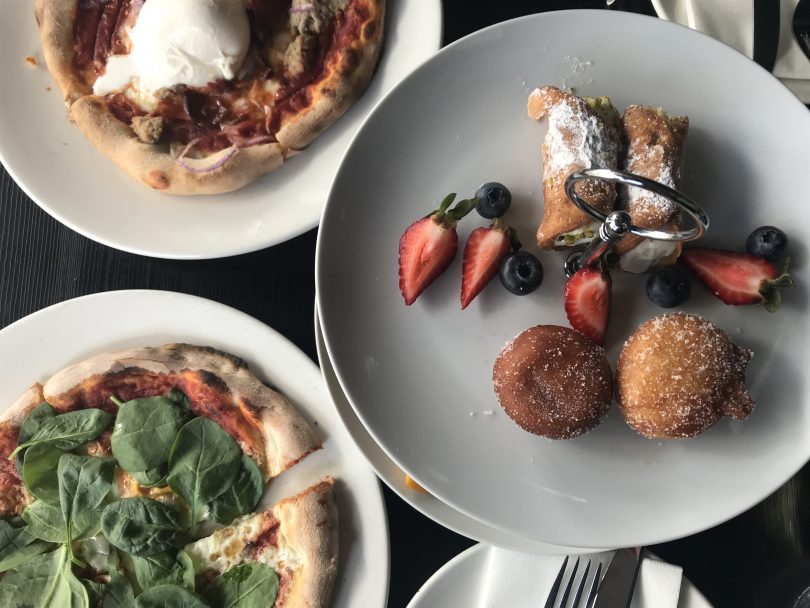 Bottomless Brunch is available at Molto until the end of summer. Photo: Branka Prodanovic.

Molto Italian is located at 43 Eastlake Parade in Kingston.

Molto Italian Bottomless Brunch is available every Sunday until the end of summer between 10:30 am-12:30 pm. Bookings are essential and can be made online or by calling Molto on (02) 6140 7039.

Brindie - 25 minutes ago
If paid parking was introduced at this venue, users would simply park their vehicles in the nearby streets of Wright and then... View
enjayjay - 2 hours ago
Have you been there? Its would have more participation than ANY other sport in the ACT - every single day - not just weekends... View
enjayjay - 2 hours ago
Have you even been there? Thousands of people use it every day. It draws people from all over australia and contributes milli... View
Sport 1

mathiaseverson - 28 minutes ago
Great to have Bayley as part of our team here in CBR and representing us in Poland! View
Opinion 94

Marc Blackmore - 2 hours ago
Assid Uous if you think the issue can be solved with out increasing supply good luck 🤷‍♂️.... View
Assid Uous - 2 hours ago
Marc Blackmore While supply is certainly one of the key considerations, suggesting it is the only lever or factor at play her... View
assiduous - 3 hours ago
Are you trying to imply the ACT government has no control over the rate of land release and social housing stock by character... View
News 245

willondah - 5 hours ago
Totally totally agree. Always several steps behind; always reactive. If it wasn't for Perrottet we would have been hunkered d... View
JS9 - 15 hours ago
Any actual evidence to support a claim of a 'mass exodus' to Queanbeyan to shop? There must have been some either exceptional... View
News 41

@the_riotact @The_RiotACT
The ACT has recorded 24 new #COVID cases - the same as yesterday. Earlier this morning, Federal Health Minister Greg Hunt announced that 70 per cent of the eligible Australian population was fully #vaccinated https://t.co/6nHVps2YUs (50 minutes ago)