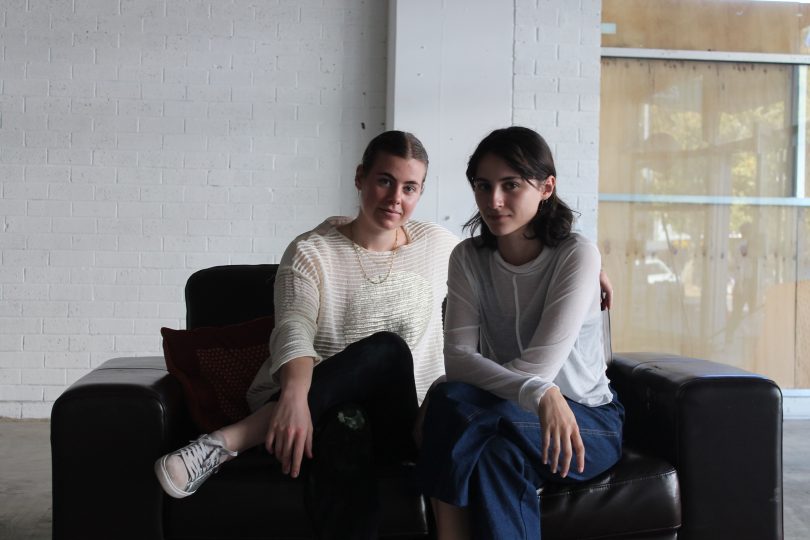 I arrive outside 11 Lonsdale Street but no one’s around. Peering through the window I can see that this dormant shopfront is in the process of becoming Degenerate & Six. In a couple of days, it’ll be a pop-up art gallery brimming with work from local artists and designers.

A car pulls up and Tegan Garnett hangs out of the window. “Want to come get some soup?” she asks.

Garnett is the gallery’s Creative Producer, a title encompassing more than just that of a curator. She’s preparing to fill the space with not only visual art but music, networking ops and unique arts experiences.

Christina Held is driving. She’s Degenerate & Six’s co-manager. Together, they, along with a rotating cast of local creatives, are the heart, soul, and brains behind various underground arts events including last month’s Renaissance. In the car, en route to soup, they tell me about their plans for the new gallery and discuss possible avenues to decorate it with potted plants.

Breathing life into a dormant space

Half an hour later, we’re back at the gallery, sitting down on the solitary couch in the middle of the room. After a few false starts, as the pair lovingly greet the various artists arriving to move in their work and help out with sweeping and paint touch-ups, we all finally sit down together. I ask how they came to be residents of such a lucrative space. They look at one another knowingly.

“This is actually not a question that can be answered,” says Garnett. 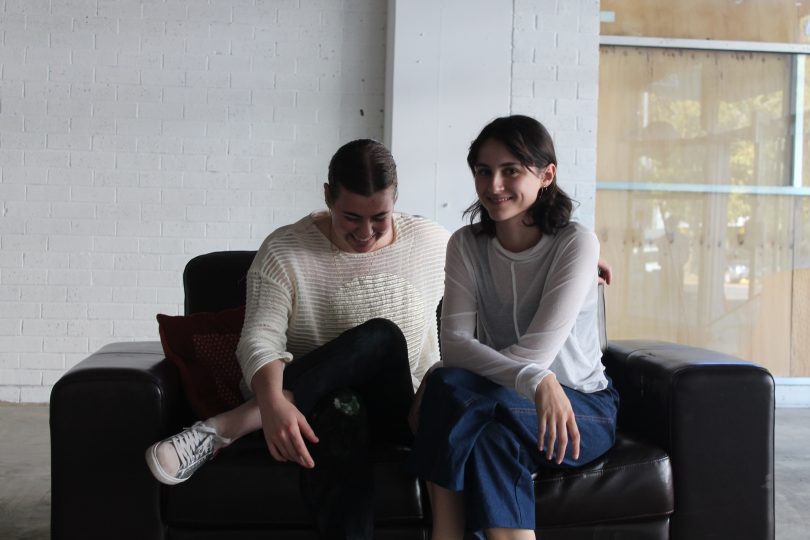 It’s clear there’s a level of secrecy to how this all came about, but the mystery drops when they start talking about what they’ll actually be doing with the space.

“We’ve always had a passion for visual art, design, music and exhibiting work in general,” says Held. “Helping local artists especially. But we didn’t necessarily know we were going to have a gallery space.”

“One of the common themes in our projects will always be to highlight the universal nature of art and make sure it’s inexclusive,” says Garnett. “Making sure everyone and anyone can feel comfortable to come to these events and can exhibit.”

“I think something that we both share is that we want Canberra to be a funner, more energetic place,” adds Held. “We’ve thankfully grown up with Canberra becoming bigger, with more events, and we want to show other young people that you can run a giant party at the Hamlet and it can be that successful. Because it’s not like we want to run everything ourselves, I want to be able to go to really great parties that somebody else throws because I want that in my city.”

A space for local creatives

The gallery’s first round of artists will be exhibiting until April 17, featuring Astrid Barta (embroidery), mixed media artist Faith Kerehona, painters Izaak Bink, Isaac Gibson, and PAW, and photographers Emily Ianno and Hannah Axelsen. With a launch party set for Friday, April 13, the space itself is the common thread.

“Degenerate and Six is the name of the gallery,” explains Garnett. “‘Degenerate’ was inspired by the term that Nazi Germany applied to modern art during the Second World War, because modern art challenged the values of the Nazi regime, with its very expressive, free qualities, and they were scared of that. And so they had to find some way to beat this art form down and prevent it from continuing.

“‘Six’ refers to the Six Gallery reading in San Francisco in 1955 where Allen Ginsberg read ‘Howl’ for the first time. I think both those concepts are really important and powerful in the history of art, so we wanted to bring them together to shape the nature of the space.”

Held gets up at this point. “I’ve got to go,” she says, checking her phone and making to say her goodbyes.

“I’ll send you the address.”

Degenerate & Six is open 9 am – 5 pm at 11 Lonsdale Street until the end of April. Follow the gallery on Instagram @degenerateANDsix.

What would you like to see happen in Canberra’s disused spaces?

TimboinOz - 3 hours ago
How to spend money, in public? AKA Konspikewus Konsumption. Look at ME!!!!! YAWWWWWWrrrrm. Build a veggie garden, grow your o... View
Food & Wine 1

chewy14 - 4 hours ago
BJ, You aren't meant to bring these things up. The only information allowed is positive. It's efficient, it's modern, it's vi... View
chewy14 - 6 hours ago
JC We don't need news reports, transport Canberra publish the patronage reports. BJ's figures are accurate. https://www.trans... View
bj_ACT - 6 hours ago
Just for the record, the light rail business case for expected daily patronage was quite low in 2019 and we beat that in the... View
Property 5

Someonesmother - 6 hours ago
Gee why does this not surprise me? Look who the developers are. 43 car parks in a completely congested street, using Canberra... View
News 16

JC - 6 hours ago
China may well be a developing country with many that are very poor. It does however have a massive (millions) middle to uppe... View
keek - 9 hours ago
Nobody held a gun to the Chancellors head and said "You must rely on income from foreign students and expand to a level where... View
chewy14 - 11 hours ago
JS9, Whilst I would agree that the Federal government has set the framework and playing field that the Unis are operating in,... View
News 3

Richard Windsor - 8 hours ago
As the poor bunny who has been identifying mushrooms, both toxic and non-toxic for the ACT Hospital system since 1985 I must... View
Community 12

Capital Retro - 13 hours ago
".... An emblem showcasing medieval queens, crowns, and castles, doesn’t represent 21st century Canberra..." We have all th... View
Stephen Saunders - 18 hours ago
Symbols do matter. The British monarch is the white hereditary chief of the Church of England. An emblem showcasing medieval... View
HiddenDragon - 1 day ago
"Could the Brindabella Ranges be incorporated into the ACT’s coat of arms,..." An image which combined the mountains and th... View
News 1

jwinston - 15 hours ago
How many committees and inquiries does there have to be before anything constructive is done at the AMC? From what has been p... View
News 71

Capital Retro - 1 day ago
I don't think on-line sales are flourishing either given the now irregular sighting of the delivery vans in my neighbourhood. View
News 3

@The_RiotACT @The_RiotACT
The Mile High Club, Canberra's newest nightclub, launches this Friday and Saturday with @snkysndsystm. The owners promise it'll take your night out to the next level https://t.co/reaRBNujl1 (3 hours ago)

@The_RiotACT @The_RiotACT
The Enlighten Festival is ready to kick off, so there's going to be plenty to see and do in Canberra this week https://t.co/ofZjTQZ8hU (4 hours ago)

@The_RiotACT @The_RiotACT
In this week’s Zango exclusive property preview, we step inside a beautiful heritage home that’s nearly 100 years old. On the market through home.byholly, the property offers a private sanctuary that is close to everything in the vibrant Ainslie community https://t.co/uCEZVoV3km (5 hours ago)