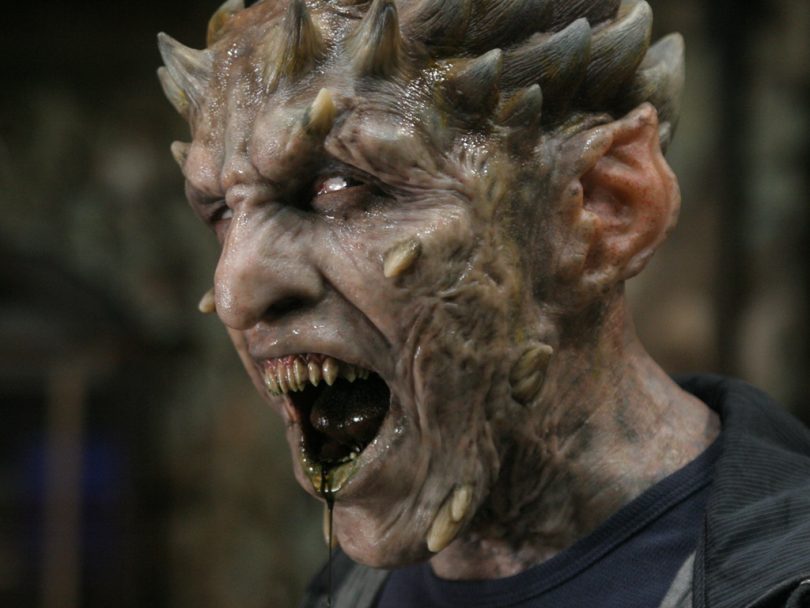 Harley as a demon in ‘I, Frankenstein.’ Photo: Supplied.

He has been a part of many of the stand-out action packed international movie scenes for ten years and even more Australian dramas, but the name Harley Durst won’t register with many movie goers. Harley is a stunt man – and one of the best.

Harley’s list of credits includes the latest Star Wars film Solo: A Star Wars Story, where he was cast as the creature Moloch, Thor: Ragnarok, Pirates of the Caribbean, Wolverine and Wonder Woman. His speciality is ‘creature movement’. 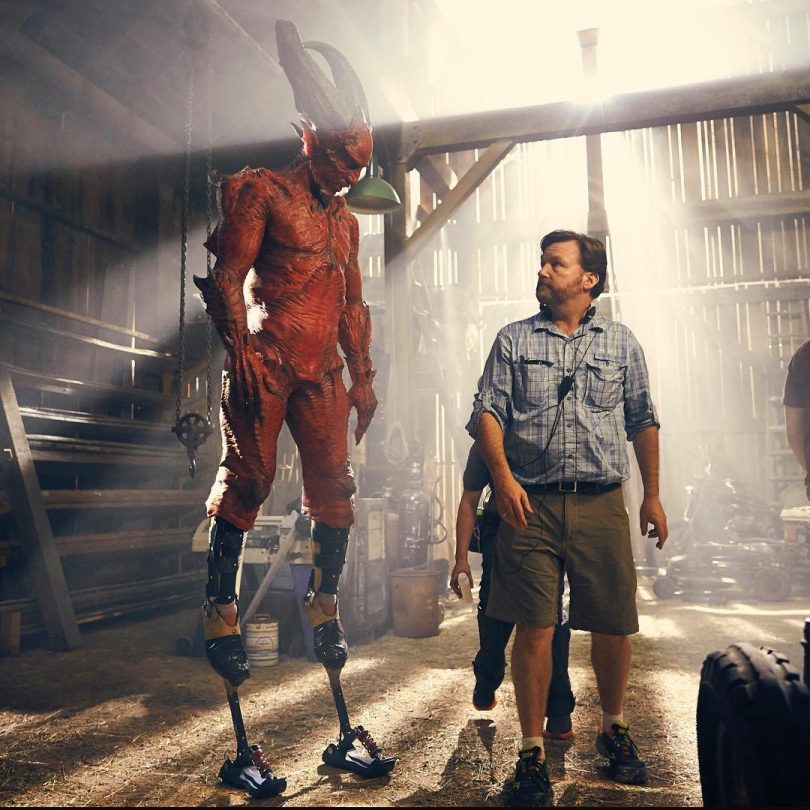 Harley grew up in Braidwood where his parents had started the famed Torpy’s Restaurant and Motel. Harley and his brother Morgan attended Braidwood Central School and later Erindale College. 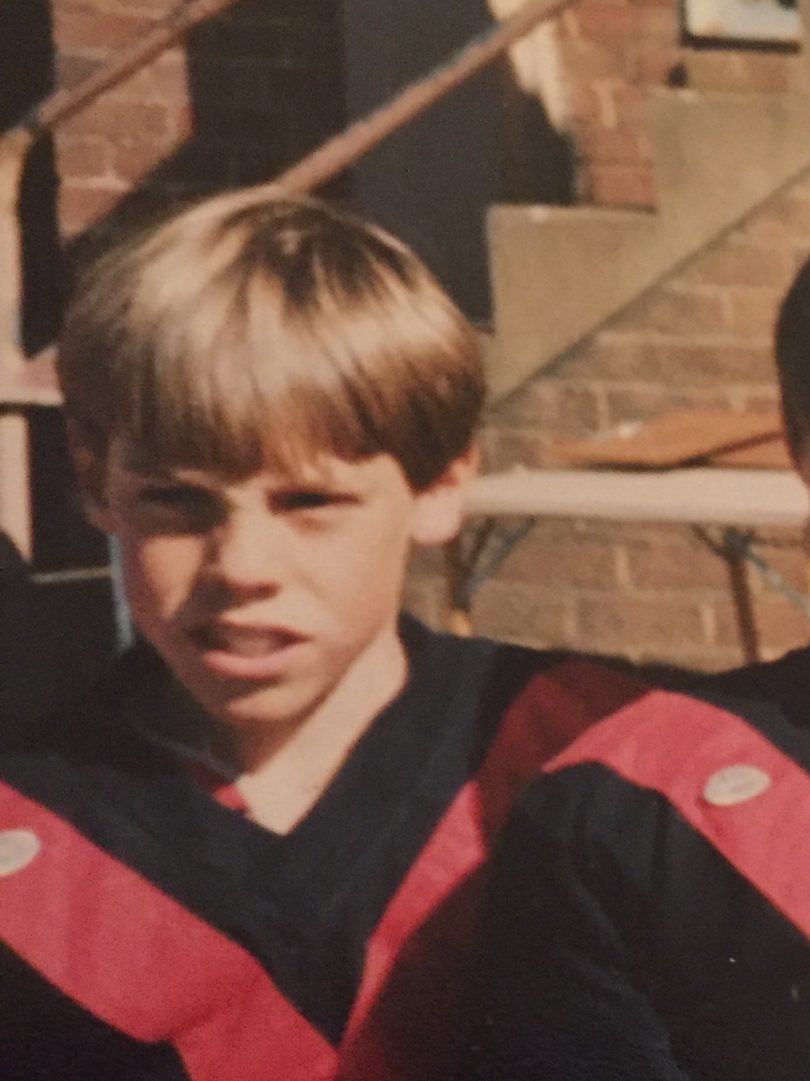 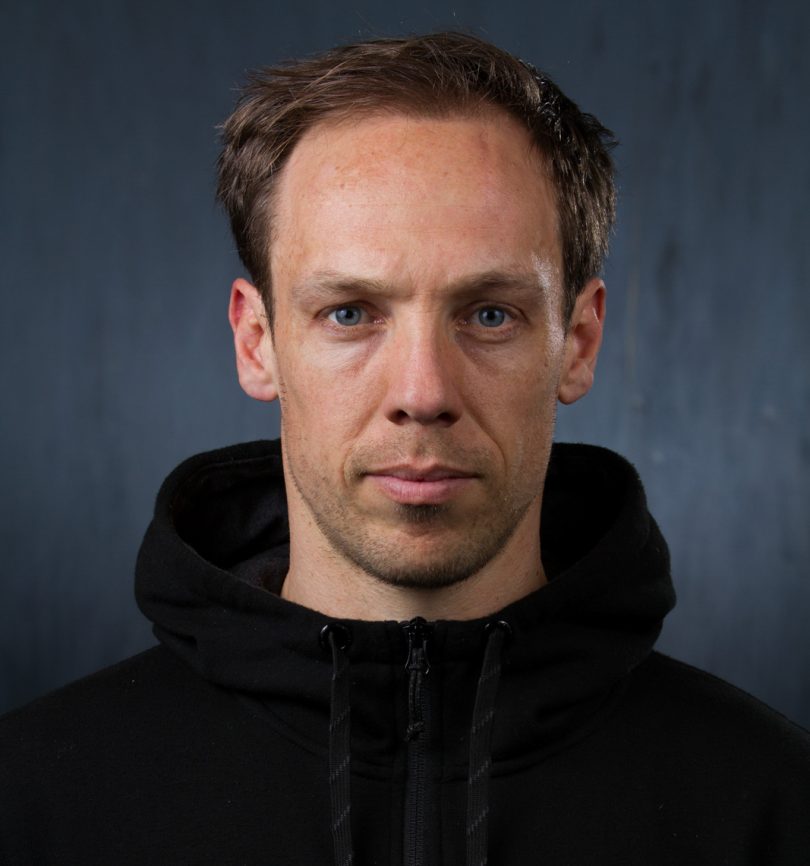 He later graduated from the University of Canberra with a Degree in Communications and Media.

Harley started along the path to Hollywood through his physical background in Capoeira and Parkour, having been introduced to the disciplines by travel to South America.

He was graded as a stunt performer in 2004 and has been employed full time in the industry by constantly evolving his skill sets and continuous hard training. Harley has developed superior strength and flexibility.

Mum Cheryl Raper says it was “no challenge for Harley to make his way down the main street of Braidwood without touching the ground – just jumping from roof to roof.”

Making his film debut with small roles in Rush (ABC TV) and as an extra in On Our Selection which was filmed in Braidwood. Harley then got some stunt work in Knowing (2009) and Underbelly (2011).

He cut his teeth – so to speak – delighting and frightening the youth of the world touring with ‘Walking with Dinosaurs.’ Harley displayed his enormous strength and versatility by wearing the baby Tyrannosaurus Rex costume for 100s of performances.

In 2007 he toured North America and Japan with the Creature Technology Company as the head creature performer. Brother Morgan, with an electrical engineering background, also went on tour as an animatronics specialist.

With over a decade in the film industry, Harley has not only found a niche for himself as a creature performer but also for getting into fights with the likes of Gal Gadot, Hugh Jackman, Johnny Depp, Tessa Thompson and Aaron Eckhart. He has also had the opportunity to be a stunt double for some of the great villains such as Charles Dance, (as Karellen in Childhood’s End), Bill Nighy, (I, Frankenstein), David Thewlis, (as Ares in Wonder Woman) and Tom Hiddleston, (as Loki in Thor Ragnarok.)

As a stunt performer with a background in Capoeira, Parkour and Acrobatics, Harley has since gone on to specialise in creature movement and animatronics, vocalising for King Kong and learning Kali (Filipino Martial Art) to fight Aaron Eckhart as a demon bounty hunter in I, Frankenstein.

Recently Harley has been working with motion capture as a quadrupedal creature performer, having developed his own reverse leg rig, as well as consulting for Parkour movement and designing Parkour structures.

Check out Harley’s Show Reel it will blow your mind! 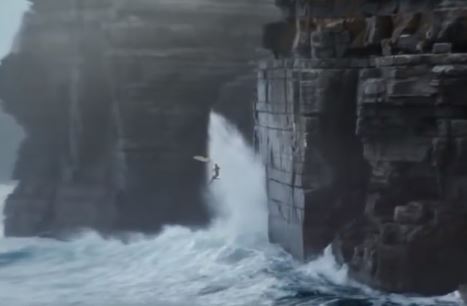 A still from Harley professional show reel, showing him leaping into the sea off the coast of southern Italy.

Harley won a Screen Actors Guild (SAG) award for Outstanding Action Performance by a Stunt Ensemble in a Motion Picture, Wonder Woman 2017 and received a nomination for The Wolverine 2013.

Harley has also worked in theatre where he won a Helpmann Award for his role as the Voice of King Kong and Voodoo operator for King Kong live on stage. He was also nominated for Outstanding Action Performance by a Stunt Ensemble in a Motion Picture, The Wolverine (2013), 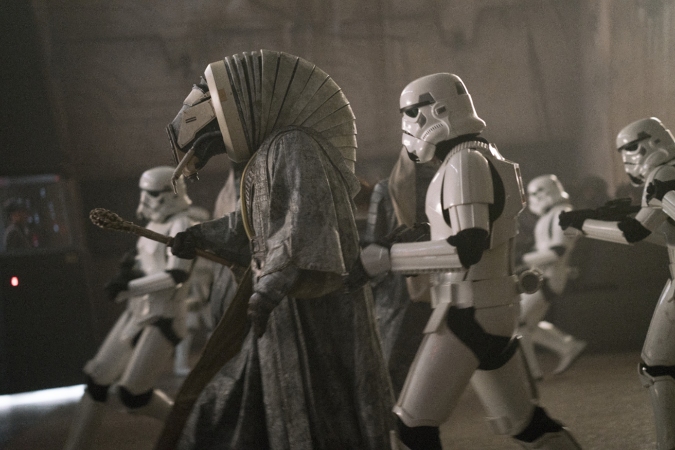 As Moloch in Solo: A Star Wars Story: Photo: Supplied.

Harley says “a career highlight was being cast as Moloch in Solo: A Star Wars Story, because let’s face it, having your own action figure and Lego set is pretty cool!”

Harley and his wife Etoile and children, Felix and Fidel, are currently based in the UK.

Luke McWilliams. Maybe an interview is in order for the show?

Bill Gemmell - 1 hour ago
That traffic in Lyons is about to get a whole lot busier with all the construction about to start View
Michael Roy - 4 hours ago
We need to create some LTNs View
HiddenDragon - 4 hours ago
"... and start frontloading infrastructure instead of just thinking about it and retrofitting when demand is overwhelming." W... View
Opinion 200

Paul South - 3 hours ago
A broom through the whole works would be nice . The whole system is unnecessary complicated. The culture of the whole school... View
Stephen Matthews - 5 hours ago
Paul Leins You can spot ghe sky viewers here View
Breaking 21

whatwik - 3 hours ago
And speaking of Canberrans being advised to reduce their exposure while out and about ... With yesterday's ACT Govt OUR CBR b... View
whatwik - 4 hours ago
That's pretty horrible - not only did I miss out in the lottery but all I have is a scar from a rushed vaccination when about... View
chewy14 - 5 hours ago
Acton, The opposite is true. The more we read and hear, the more it shows that the risks around AZ are tiny and that the real... View
Property 24

The Canberra Liberals have called for an audit of the ChooseCBR voucher scheme after the fund was exhausted within a...
Opinion 17

I'd known about it for years, even used it occasionally, but for the most part, I'd stuck to the multi-laned...
*Results are based on activity within last 7 days

From Bodalla to Braidwood, via Rome and Tokyo, Olympic horseman’s passing mourned

@The_RiotACT @The_RiotACT
Want a new best bud? Our @rspcaact #PetsoftheWeek Buddy the dog and guinea pig Porky are looking for their perfect matches https://t.co/vtlWP23MJc (3 hours ago)

@The_RiotACT @The_RiotACT
This owner-built #McKellar family home comes with all the indulgent extras that elevate everyday living https://t.co/fXeV7HnGCL (4 hours ago)