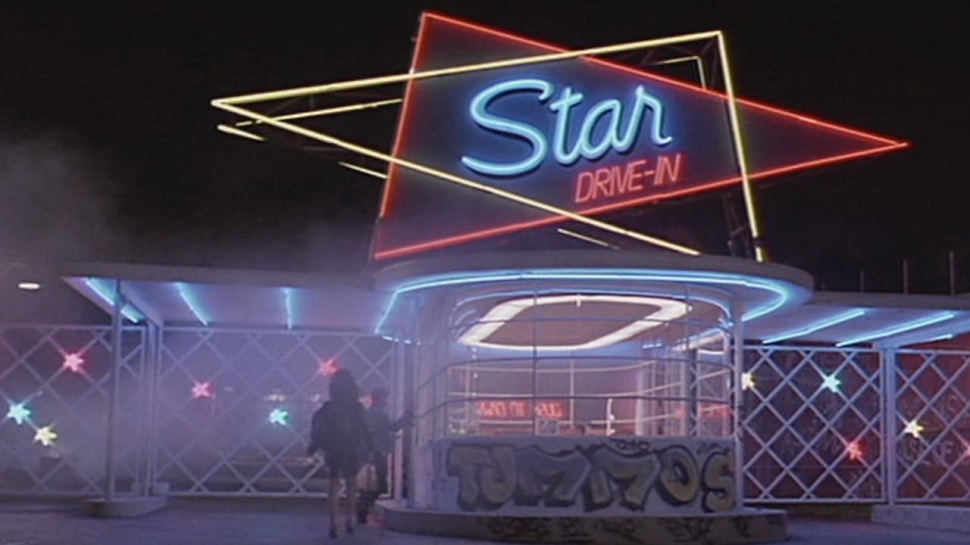 From 13 – 26 July, there will be more than you can poke a severed limb at as the National Film and Sound Archive presents a retrospective of one of Australia’s most provocative but prolific directors: Brian Trenchard-Smith. In a career which has run the gamut of films, telemovies, TV episodes and more than 100 trailers for Hammer horror films, Trenchard-Smith has long-established himself as one of Australia’s Ozploitation kings – our local grindhouse guru.

As a director, writer and producer, Trenchard-Smith has always demonstrated a penchant for churning out large-scale films on small budgets. Having carved out a clear cult following for his warped cinematic visions and twisted sense of humour, Trenchard-Smith is anything but mainstream. With over 50 directorial credits to his name, he enjoyed a purple patch from the mid-70s into the early 90s.

To date, he has worked with countless actors – even helping to launch the career of Nicole Kidman way back in 1983 with Aussie cult children’s classic BMX Bandits. Of an undeniably cult credo, Trenchard-Smith’s style left an imprint on arguably one of the most popular and enduring modern film directors – Quentin Tarantino. Reportedly one of Tarantino’s influences, opening this month’s retrospective is also one of his personal favourites: Dead End Drive-In (1986).

This Friday, from 6:30 pm, enjoy the outrageous Dead End Drive-In as a couple find themselves trapped in a drive-in of the future which has been repurposed as a concentration camp for social outcasts. If it sounds ridiculous, that’s because it probably is. But therein lies the fun! There will be a Special Q+A with Brian Trenchard-Smith directly following the screening. Tickets are only $10 for this gnarly morsel of underground cinema. The second screening of the evening, Night of the Demons 2 (1994), will follow at 8:45 pm.

On Saturday, back-to-back double-features kick off at 5:00 pm with Deathcheaters (1976) + The Dangerous Summer (1980) followed at 7:30 pm by The Love Epidemic (1975) + Hospitals Don’t Burn Down (1977). An eclectic mix of an international espionage thriller, to volunteer firefighter documentary, to venereal disease exploitation styled docu-comedy PSA, to a dramatic short demonstrating the very real risks of fire in a high-rise hospital, these four films are certainly a mixed bag, to say the least.

Pilloried upon its release by iconic critic David Stratton, Turkey Shoot (1982) retains its status as Trenchard-Smith’s perhaps most simultaneously famous/infamous feature to date. Involving a cast of international actors, Australian soap stars and televisions personalities of the era, this dystopian Ozploitation schlockfest of gore and mayhem sees deviants imprisoned in a rehabilitation fortress where freedom is only achieved through the gauntlet of a battle royale. Screening 19 July at 6:30 pm, it is followed by Trenchard-Smith’s Port Stephens-shot remake of the 1943 Humphrey Bogart classic Sahara (1995), starring Jim Belushi as WWII tank commander wrangling a group of allies into defending a critical and dwindling water supply from advancing Nazis. Screening at 8:45 pm.

There will even be a Videos Rarities Marathon from noon ‘til night on Saturday 21 July across the Arc Cinema and NFSA Theatrette. More details on that roadshow of raucousness, including films and screening times, HERE.

The retrospective season wraps Saturday 26 July with a one-two punch of slapdash fun with a Kung-Fu combo of Australia/Hong Kong co-productions. Whet the appetite with Kung-Fu Killers (1974) exploring the cultural phenomenon of Asian martial arts in the west and finish off with The Man From Hong Kong aka The Dragon Flies (1975). Starring our very own one-time James Bond – George Lazenby – this action adventure marked the first Australian-Hong Kong co-production filmed across both nations, replete with DIY aesthetic.

All tickets are $10 with season passes also available for $70.

Peter Hatfield - 32 minutes ago
Or just go to the Jollimont and catch a comfortable coach and be in Sydney an hour faster, and at a fraction of the real cost... View
Greg Myat - 3 hours ago
Ross McConchie I agree with you entirely about using rail more to get trucks off our main routes. But trains are the most eff... View
Gail Annette Tregear - 4 hours ago
Canberra Airport has mow come of age but the Railway Station is much as it has always been. Most visitors don't know it exist... View
Opinion 49

Donna Hofmeier - 35 minutes ago
Why ? NSW Rugby have never been kind to us. View
Jay Annabel - 4 hours ago
If the emus don't mind travelling, why not? View
Matt Fallon - 5 hours ago
Dunx Fallon i rckn both View
Property 12

@The_RiotACT @The_RiotACT
The new #VaxTheNation campaign is urging Australians to get the jab for COVID-19 so music venues can return to hosting gigs and delivering live #entertainment https://t.co/lo3ejx179F (55 minutes ago)