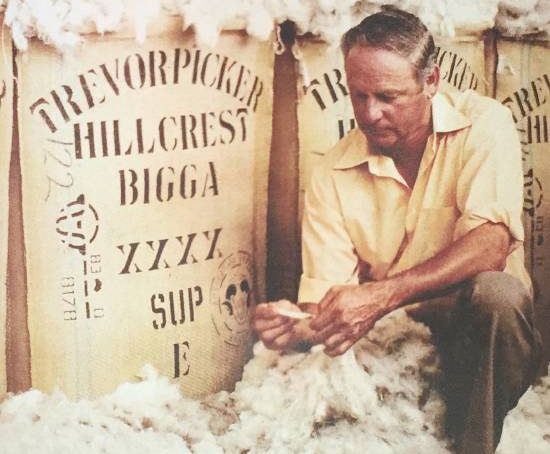 Trevor Picker AM placed Bigga on the map for superfine wool. Photo: Supplied.

The life of an Australian wool industry leader, and grandfather of two former Canberra Raiders players, who was killed in a 2019 collision, will be honoured with the naming of a bridge over Kangaroo Creek at Bigga, in the NSW Southern Tablelands, where he was born and raised.

The $2 million structure will be named Trevor Picker Bridge if there are no objections from the community.

The naming proposal was backed by all Upper Lachlan Shire councillors present at the council’s last meeting on 20 May, and will go on public exhibition for 28 days.

Trevor’s son, Brett, said he and his brothers, Danny, Murray and Grant, “would be honoured” if council recognised their late father “in such an incredible manner”.

Trevor spent his entire life at his family’s property, ‘Hillcrest’, in Bigga, and was a very well known and highly respected person throughout the shire, said Brett.

Aged 14, Trevor took over the classing and selection of sheep at ‘Hillcrest’ from his father, Sam.

He remained dedicated to producing superfine wool, and Bigga subsequently became globally recognised for its high-quality wool, including among luxury menswear brands in Italy and the UK. 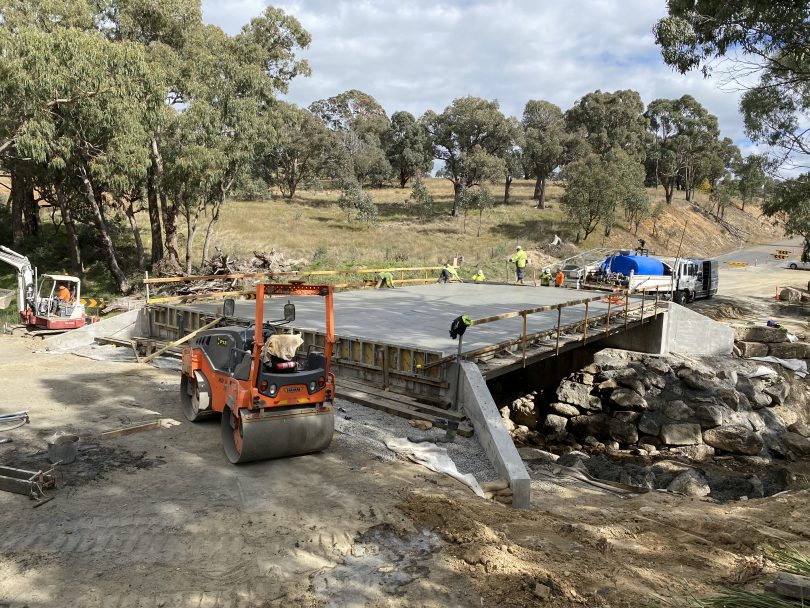 The bridge over Kangaroo Creek at Bigga, currently under construction, will be named after Trevor Picker. Photo: Upper Lachlan Shire Council.

In 1964, Trevor set a world record of 1800 pence for a pound of superfine merino wool, a price not bettered for almost a decade.

What’s more, he generously shared his knowledge and time with others in the wool industry. In 1988, he was appointed to the Order of Australia (AM) for his distinguished service to the superfine wool industry.

The father, grandfather and great-grandfather was also a keen sportsman and fisherman. He was a budding fullback with Bigga Rugby League Club and president of Bigga Fishing Club.

He was also captain of the local bush fire brigade and caretaker of the local cemetery, where his body now rests.

On 7 June, 2019, aged 91, Trevor’s life was cut short while driving home after visiting his wife, Janet, in an aged care home in nearby Crookwell.

He died outside Binda after colliding with a 26-year-old male driver, who was seen driving erratically only moments before.

Blake Robert Meers, from Crookwell, was recently sentenced to four years and nine months in prison, with a non-parole period of two years and six months, after pleading guilty to charges arising from the car crash, including dangerous driving occasioning death.

At the time of Trevor’s death, he was survived by his now late wife, Janet; his four sons; half-brother Stephen; 14 grandchildren, including former Canberra Raiders players Joe and Michael; and 24 great-grandchildren.

Brett said his father would consider the bridge naming too much fuss, but he feels it is an important gesture given how much Trevor did for the area.

The bridge is expected to be completed by June 2021.