Experts in buying, selling & renting
Your property, your future
19 May 2021 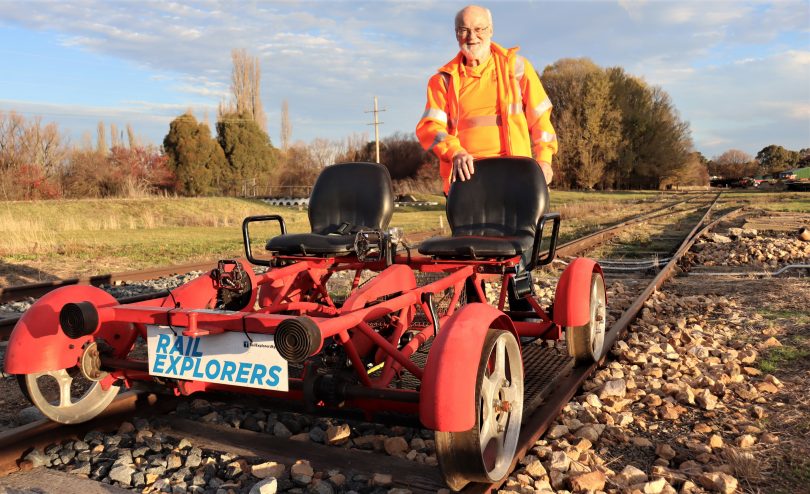 It might not have the clickety-clack of a train, but pedal-powered rail bikes let you ride up close to the railway line and are a novel way to enjoy a day out in the country.

A group of rail enthusiasts believe these rail bikes are the answer to preserving part of the historic Goulburn-to-Crookwell railway line in the NSW Southern Tablelands, and attracting more tourists to Crookwell.

Goulburn Crookwell Heritage Railway secretary Peter Simpson discovered rail bikes while visiting the US and later learned the company that owned them is based in Australia.

“They tried to establish Rail Explorers in Australia, but failed so one of the owners said there was a bike in their mum’s shed in Bangalow, NSW, that we could have,” he says.

This particular rail bike is a two-seater, however there are four-seater rail bikes available and all rail bikes can join together for larger groups.

“It’s great – I’ve seen a mum, dad, grandmother, grandfather and kids ride together. They cater for everyone – all ages and abilities,” says Peter.

The group trialled the rail bike during the Crookwell Potato Festival in April and totaled 23 trips from Crookwell Station with riders of all ages.

Once strapped in, it’s simply a matter of riding the bike along the disused railway line by moving the pedals with your legs.

As for how fast these rail bikes can go, Peter asks: “How fast can you pedal?” 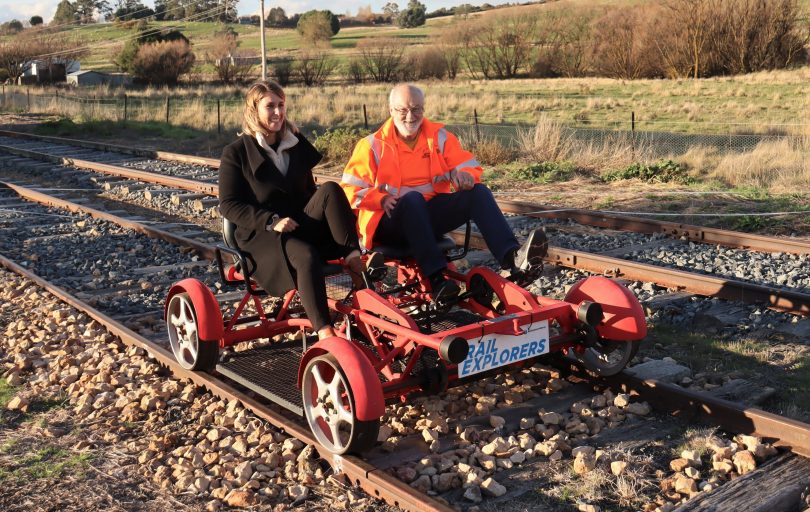 If successful, they will apply to Transport for NSW to operate the rail bikes between Crookwell and McAlister, which is about 8km, or a one-to-two-hour excursion (depending on how hard you pedal).

Grant funding would also be used to replace the sleepers along the proposed route, which are mostly overgrown or rotten.

As the journey from Crookwell to McAlister is mostly uphill, the group will transport the rail bikes and passengers in an old railbus to McAlister, where everyone can alight and make the downhill return journey to Crookwell.

The experience will be run by volunteers, including the group’s existing members and students from Crookwell High School.

“We believe this would be a successful tourism attraction,” says Peter. “This is the only location where it will be available.”

However, the group is concerned about another proposal by Upper Lachlan Shire Council and Goulburn Mulwaree Council to replace the historic train line with a walking and cycling track after seeing the popularity of the Tumbarumba to Rosewood Rail Trail.

A feasibility study on the project estimates up to 30,000 new daytrippers would visit the region each year to utilise the rail trail, while an additional $9.4 million a year would be injected into the economy.

The project is estimated to cost $16.7 million, and Goulburn Mulwaree Council has applied to the NSW Government for grant funding.

However, the Goulburn Crookwell Heritage Railway group doesn’t believe the Goulburn to Crookwell Rail Trail would be as popular as these councils predict, and would prefer the trail to be built alongside the historic line if it does go ahead. 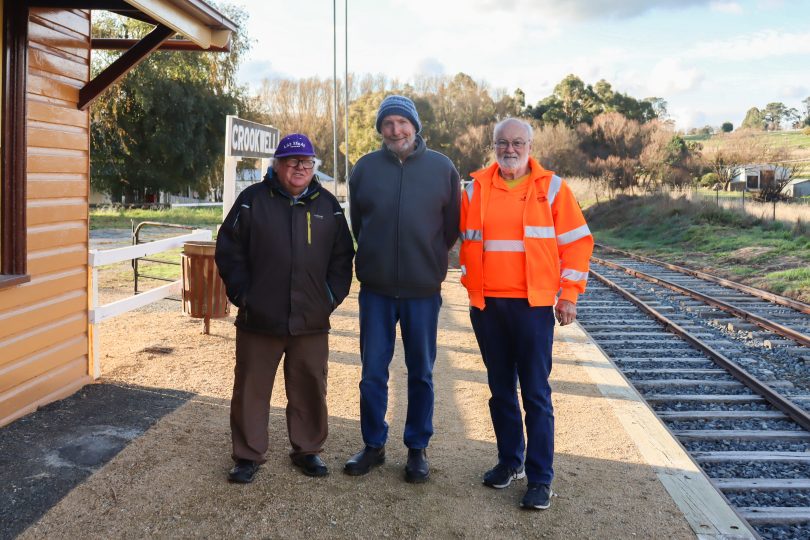 “I’ve ridden the Tumbarumba Rail Trail and it is fantastic, but that one is 21km and relatively flat,” says Peter. “The Goulburn to Crookwell Rail Trail is 54km, mostly uphill and there’s nothing in between.

“Our proposal will bring people to Crookwell and they can do other things while they’re here.

“They don’t need a bike – just their wallets and an interest.”

The group has coined their initiative as ‘ride the rail trail’.

Goulburn Crookwell Heritage Railway treasurer Mike Sheppard-Morris, 73, has been trainspotting since the age of 10.

He says once the railway line is gone, there will be no getting it back.

Should also look at this for the Queanbeyan to Cooma line too. Seems like a wasted and under utilised opportunity that would be great for tourism.

Brilliant idea. This is what a rail trail should be. We should be making these instead of converting them to cycle tracks.