BRING ME THE HEAD OF EDGAR ALLAN POE

[ED – I thought this looked interesting, with a cast made of up some of the most exciting young talent in this town] 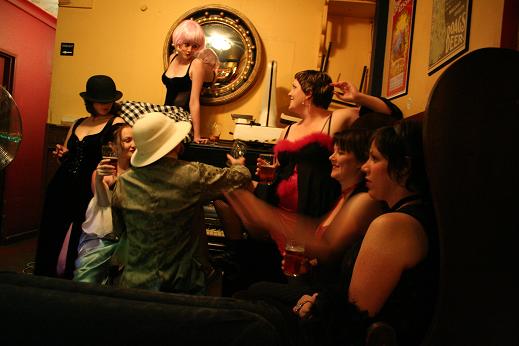 Bring Me the Head of Edgar Allan Poe, the newest play from Canberra writer Adam Hadley, opens with the grotesque funeral of a murdered prostitute and ends with the terrified screams of a man buried alive. Set on a jungle island out of time and space, the play veers from tragedy into comedy and back again, exploring the mystery of Edgar Allan Poeâ€™s death with speculation, fantasy and sheer unadulterated weirdness.

Bring Me the Head of Edgar Allan Poe has evolved over months of workshops and rehearsals after writer Adam Hadley and director Naomi Milthorpe (incorporating under the name of Strange Bird) received a Development grant from artsACT. The project is halfway through the process of development and thus far has involved collaboration between some of Canberraâ€™s finest young artists to develop a truly original, multi-artform piece incorporating traditional theatre, live organic sound, film, and original animations by Arran McKenna.

Bring Me the Head of Edgar Allan Poe focuses thematically on the cult of literary figures, on the way we construct and deconstruct those we love â€“ our immediate circle and those artistic figures we hold dear â€“ and on the ways human beings damn themselves through art, love, and addiction. It explores how art, love, literature and celebrity are made and lost.

For information on the show, or to book a place at the performance, please contact Naomi Milthorpe on 0408 631 387 or email strangebirdtheatre@gmail.com.

Bring Me the Head of Edgar Allan Poe gratefully acknowledges the support of Belconnen Theatre, the WET Season, CityNews, Canberra Youth Theatre, and the ACT Government.

Read more about the WET Season at www.belcomserv.com.au/art/wet 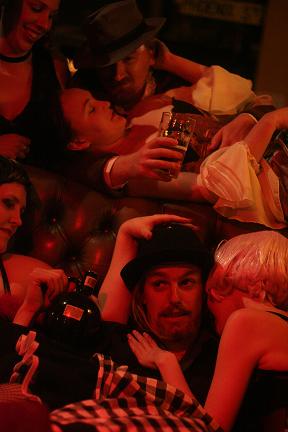 i wish i knew interesting people like the girl in red whose wedding i went to.

Karan Campbell-Davis - 56 minutes ago
That's right, build more of those ugly, high density dog boxes, just like Sydney! 🙄 View
William Coats - 10 hours ago
what impact will further development in the Sullivans Creek catchment have on future flooding in Oconner and Lyneham. These a... View
Community 5

Donna Ainge - 9 hours ago
Hi Julie-Anne. Where in O’Connor did you live? Hakea Cres by any chance? View
Dot Willcoxson - 12 hours ago
Suzanne Huntley Doug has posted a comment further down. The neighbour he refers to was Frank Machutta who lived across the ro... View
Doug Willcoxson - 12 hours ago
A neighbour of ours in Pearce was on his way home that night and was behind the cars that were washed away. He was passed the... View
News 13

Zakzook Chico - 9 hours ago
Patrick J Pentony couldn’t agree more View
William Coats - 9 hours ago
So after 20 years this Labor Greens Government is ready to promise action. I guess we will have to wait and see. View
Patrick J Pentony - 10 hours ago
Rheyce Spears we are at the start of the twentieth year of labor greens gov in the ACT. Not sure you can really blame anyone... View
Opinion 3

dashing1 - 14 hours ago
Thip's Thai in Belconnen, for me. Humble setting, delicious food always served with a smile. View
Opinion 40

Girls of country to rock Canberra

@The_RiotACT @The_RiotACT
Our latest #GigGuide is out, featuring everything from post-hardcore to punk to jazz, plus several shows on Aspen Island, home of the Carillon https://t.co/UUcPwnkjyq (9 hours ago)

@The_RiotACT @The_RiotACT
Multicultural Eats: Where to find the best Thai food in Canberra https://t.co/Btz4GZRJeu (10 hours ago)

@The_RiotACT @The_RiotACT
The ACT is expanding vaccine storage facilities at the Canberra Hospital in preparation for the arrival of the Pfizer COVID-19 vaccine https://t.co/sJOTHW08De (12 hours ago)