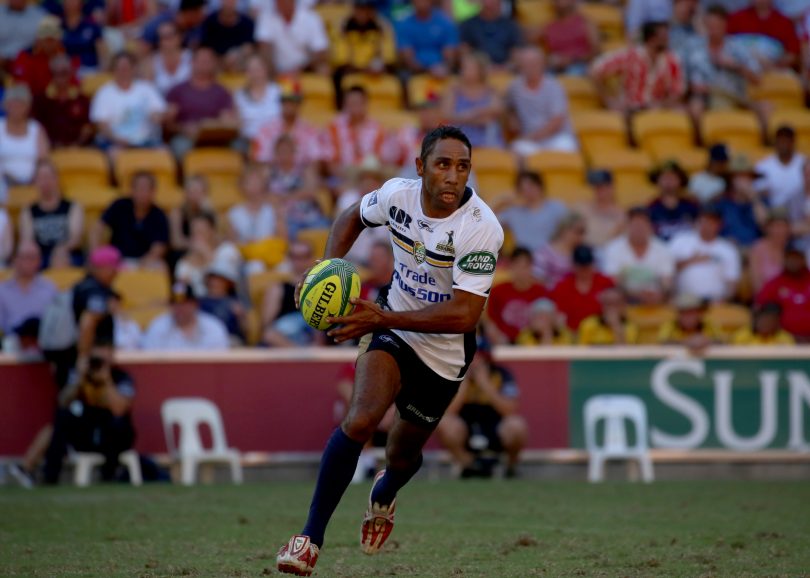 Former Brumbies star Andrew Walker was one of the standout performers in last year’s inaugural Tens tournament. Photo: Supplied by the Brumbies.

Former Brumbies star Andrew Walker will make a return to Suncorp Stadium for the 2018 Brisbane Global Rugby Tens as the Brumbies announced a 26-man squad for the tournament this weekend.

Walker, who was capped seven times by the Wallabies, was one of the standout performers in last year’s inaugural Tens tournament and will once again don the colours for the 2018 edition in the hope of having the same impact.

The 44-year-old played 47 games for the Brumbies, including winning the 2001 Super Rugby championship, and played rugby league for St George, the Roosters and Manly.

The Brumbies have included a mix of youth and experience in their tournament squad with five Wallaby internationals named, including Fijian-born speedster Henry Speight, playmaker Kyle Godwin and Rory Arnold, who could team up with brother Richie, who is also in the squad.

Record Brumbies caps holder Ben Alexander, who enjoyed a memorable cameo in the 2017 competition will add experience to the lineup. The Brumbies believe that they have plenty of dynamism and mobility in a pack that includes Olympic Sevens star Tom Cusack and young tyro Rob Valetini who is fresh off an outstanding National Rugby Championship with the Canberra Vikings.

New signings Arnold, James Verity-Amm, Mees Erasmus, Lachlan McCaffrey and Chance Peni will all play a part over the two-days with the promising Issak Fines and hooker Connal McInerney hoping to stake a claim.

The Brumbies have been drawn in a tough pool and will have to beat Fiji, Crusaders and the Hurricanes to reach the knockout stage.

After completion of the tournament, the Brumbies will head to the Sunshine Coast to tackle the Chiefs in the final trial match before the commencement of the 2018 Super rugby season.

Watch the Brumbies at the 2018 Brisbane Global Rugby Tens on Foxsports channel 505 with the following game times: