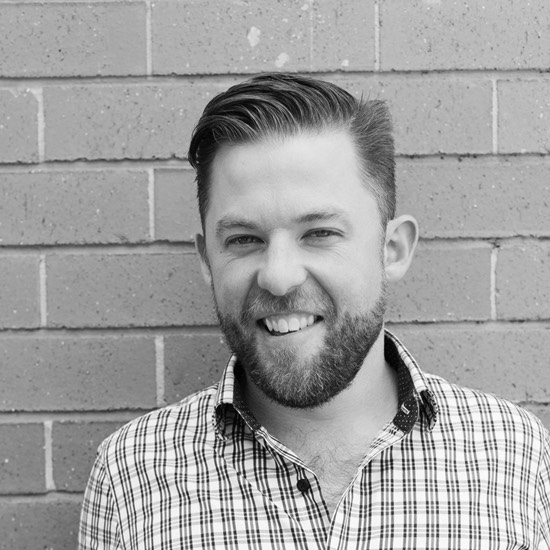 There’s a new breed of young business owners, Generation-Xers; they are smart, savvy, can see market trends and they’re all-round, ‘big picture’ thinkers. Rising to the top of their game in their respective fields, it’s a joy to find one every now and then, right here in Canberra. Our “Bucking the Trends” series is all about this, really. Whilst, in a recent article, I wrote that most business owners out there have simply bought themselves a job (and don’t get me wrong, that’s perfectly alright if that’s your goal), others are true entrepreneurs, goal-driven to achieve and do so.

Todd Wright, from Threesides Marketing, is just such a savvy, young gun. A Canberra entrepreneur, who will always call Canberra home; he went to school here, grew up here, and cut his teeth on business here whilst he was still at school. Todd is going places – you can tell.

His earliest experiences in business were certainly great training grounds for what was to come later. As kids, he and his brother had a chicken business. Yes, they sold chickens (no, in this case, the chicken came before the egg), to family friends, as well as school friends and acquaintances, right from their very own backyard.

Also, whilst he was in Yr. 11 at Lake Tuggeranong College, he won the Australian Business Plan Awards (an entrepreneurial business plan competition for Australian students nationwide). His plan was for his uncle (who sold leather belts in a market stall in Sydney); it was a plan based on a real business, which had given him an edge. At the Awards night dinner, the Federal Minister for Small Business asked our young entrepreneur if he had any belts. Todd whipped off the belt from his own trousers (luckily they stayed up), and sold it to him for $20! Now if that doesn’t augur well for future entrepreneurship, I don’t know what does!

Todd also re-tells some amusing stories of going to Trash ’N Treasure with his dad. They were the Steptoe & Son pair (he describes his dad as the Arthur Daley of Kambah), who sold all manner of things regularly at markets.

By the age of 16yrs, he had set up his real first business called Evolve Communication Training, a leadership training company – he almost gained a $20,000 grant from the then Head of the Department of Education in 1997. But he learned a big lesson at that time; don’t rely on governments for your business income.

Realising he needed broader experience, he spent a few years working in hospitality. Todd believes in fact, that: “It should be mandatory for everyone to work in hospitality for a year; to learn how to work hard (for long hours and low pay), experience abuse, as well as what it feels like to make someone’s day, to learn about money, and simply learning to deal with other people”. He might have something there!

The company is a ‘digital first’ agency, which provides end-to-end marketing, ideally to businesses who have been around a while. Threesides supplies end-to-end tailored solutions for their clients — from research to planning, implementation, and finally, evaluating.

Threesides has won many accolades for their work (like an Australian Marketing Institute award for a “Wild About Whales” campaign) and always looks towards other companies in his industry to learn from. He often finds, though, that Threesides Marketing is right up there with some of the biggest national agencies, which is gratifying. But even though Threesides has clients all around Australia, his heart remains in Canberra. Todd’s biggest buzz is getting referrals right here, on home turf.

But he is quick to point out too, that his firm is not all things to all people. Rather, for the right clients, it’s often a perfect match.

Todd Wright is bucking the trends in business and we can be proud of one of our very own, Canberra entrepreneurs.

A great story. I have seen some of the work that Threesides Marketing does (and heard Todd speak at Eat Drink Blog). He is very good.

Paul Mathews - 8 minutes ago
my neighbour cuddles up with his BARKING DOG, eh Chris View
Shane Jasprizza - 11 hours ago
Been on for about a month already 🤷‍♂️ View
Kelly Hartas - 14 hours ago
Hell yes View
News 32

Nell Feneck - 13 minutes ago
James Suman don’t forget the club encourages gambling and drinking so therefore contributes to domestic violence and povert... View
Nell Feneck - 17 minutes ago
David Malcolm good they shouldn’t have to... View
Kimmy Hunter - 52 minutes ago
most of the time when I go with family we struggle to find a carpark View
Food & Wine 21

Sue West - 16 minutes ago
Emma Matthews lunch here one day? View
Meredith Walton - 20 minutes ago
Ro Rowan Lang next breakfast adventure? View
Suzanne McInnes - 12 hours ago
Ken McInnes it is a lovely friendly place to go with great food. We have been there for breakfast on many sad occasions. With... View
Lifestyle 4

Rachel Spangaro Morris - 43 minutes ago
Ashley McBride the bodysuit extenders? Yep they’re amazing we used with Aldo! Allowed us to skip every second size of bodys... View
Ashley McBride - 50 minutes ago
Rachel that ‘snappy’ is an amazing idea!! View
Jackie White - 14 hours ago
Jane Kim messy yeah! Scary, nope. Crazy how such a basic necessity has changed in a few decades isn’t it!... View
News 28

Alex SmilyLex - 7 hours ago
And men cannot legally take their children to a men's refuge unless they are no longer children even if the mother has taken... View
HiddenDragon - 14 hours ago
Given the extent of the policy osmosis between Victoria and the ACT, something like the private-public housing partnership de... View
Sport 5

Ol L - 24 hours ago
People are saying in other posts that dual occs fix this. No they don’t. A house near us was rented for $500 per week. When... View
show more show less
*Results are based on activity within last 7 days

Batemans Bay – Zapped with a bunch of bright ideas