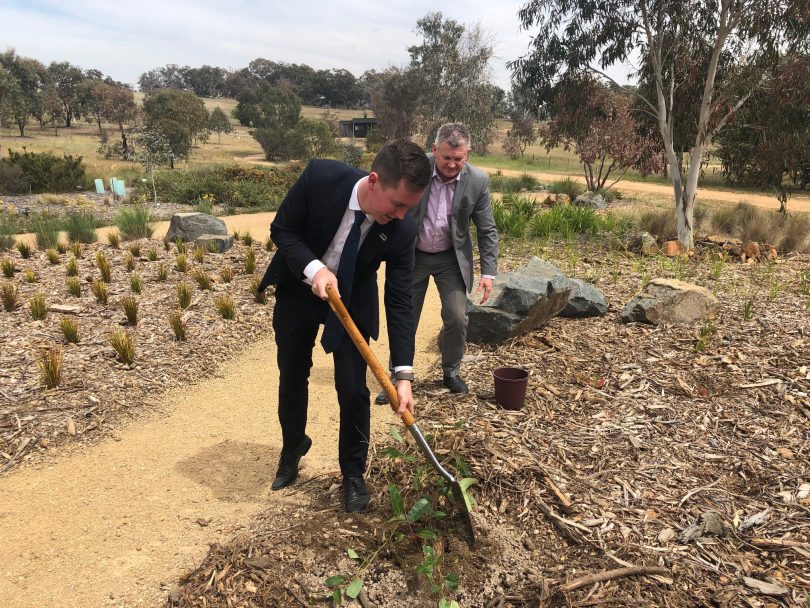 ACT Member for Murrumbidgee and Minister for Multicultural Affairs, Chris Steel, has officially opened the Bush Tucker Garden at the National Arboretum in the Southern Tablelands Ecosystems Park (STEP).

All plant species for the garden have been selected from the book Ngunnawal Plant Use, which was developed in consultation with the Ngunnawal elders and community. The book was designed by National Arboretum Canberra horticultural staff, including Aboriginal and Torres Strait Islander personnel, in consultation with STEP volunteers.

The garden features a basket-weaving area, along with a range of berries, grasses and other native plants, including species that the local Ngunnawal people have used for thousands of years as food, fibre and shelter or for their aromatic and medicinal qualities. It offers a great opportunity to learn about local Ngunnawal culture.

“This is the culmination of over 130 hours of staff time to create a fantastic garden that will be used for educating the whole community, and particularly young people, about Ngunnawal culture, their connection to country and also our local flora,” Mr Steel said.

“We’ve created a space where people can come together and learn more about native plants, their importance to our local Aboriginal communities, and how they can be eaten and used in cooking for cultural and medicinal purposes.”

STEP is a multipurpose space used for Ngunnawal culture, reflection, conservation, education and native plant appreciation. Minister Steel said the ACT government was using the garden to try to foster a sense of reconciliation with local First Nations people and support a better understanding and learning of Aboriginal culture. 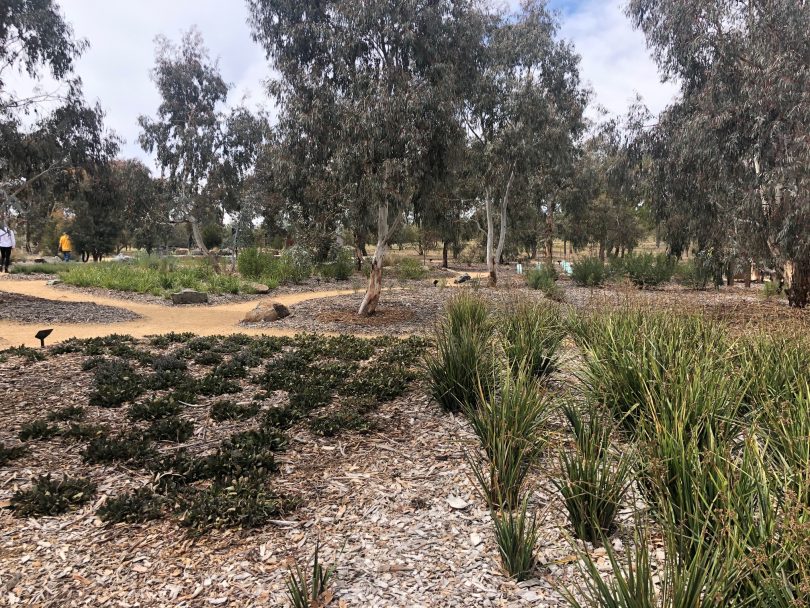 The newly opened Bush Tucker Garden at the National Arboretum.

“It’s a great opportunity for families and garden enthusiasts to walk through a Bush Tucker Garden and be inspired to grow native plants in their own backyards. Local plant species are adapted to the Canberra climate [and] also attract and support native fauna.”

As for the taste?

“It’s a unique taste,” Mr Steel said. “I’m a big fan. I might have to plant some of this stuff in my own garden. I think that’s part of the education journey that people can experience here.”

The Bush Tucker Garden is open daily from 6 am to 8:30 pm during Daylight Saving Time. Find out more at nationalarboretum.act.gov.au.

Jacq Miller - 6 hours ago
shame there are no longer all 4 in situ View
Barry Matson - 9 hours ago
of what? View
Michael Guina - 10 hours ago
It has to start somewhere and those two buildings are living example . View
Opinion 80

Max Kelty - 10 hours ago
Bel Lee your housing manager mustn't be doing their job then or else processes have changed. When I was a HM at HACT people w... View
William Coats - 15 hours ago
The land tax was to stop people “land banking” houses should be used as homes not stagnant investments View
Lea Powell - 20 hours ago
William Coats it takes time to change policy directions. It’s not as simple as a click of the fingers. View
News 8

HiddenDragon - 11 hours ago
Some cautionary words here about the limits of battery technology - https://www.abc.net.au/news/2021-02-16/bill-gates-zero-em... View
dulynoted - 13 hours ago
those statistics might be outdated; renewables are getting cheaper and more energy efficient every year as technology improve... View
Capital Retro - 15 hours ago
In which way isn't nuclear power profitable? It depends on which experts you are talking too: https://www.ceda.com.au/NewsAnd... View
Lifestyle 13

Mateo Furbacchione - 13 hours ago
Yup! My cat meets all the criteria. I built him a cat run where he is 100% enclosed. He has a main cage where he can laze in... View
Food & Wine 1

bj_ACT - 20 hours ago
Yes razor it’s a good point. Agree there are pockets of Tuggeranong and Belconnen that could do with some ACT government do... View
mattm - 21 hours ago
There are almost 130 Councils in NSW, and most of them do a much better job with municipal services than the ACT Government.... View
Heavs - 22 hours ago
Competent councils - like this one? https://www.canberratimes.com.au/story/6978805/nsw-central-coast-council-to-be-sacked/ Or... View
Community 1

Sammy Elder - 22 hours ago
What a great collection of memorabilia, thanks for sharing the images and some of the history behind them. View
Property 7

Sophia Halloway - 1 day ago
I wonder how much it’ll go for? View
Property 7

Our next environmental champions tuck into bush foods

Canberra Tree Week takes root with events for everyone

@The_RiotACT @The_RiotACT
A plan to build the world’s largest beer bottle in Goulburn has fizzled https://t.co/62AZkwTrgO (10 hours ago)

@The_RiotACT @The_RiotACT
How long since you've gone out for authentic Mexican food? Mochachos is bringing the heat to Kingston https://t.co/lsjPa6sCey (11 hours ago)

@The_RiotACT @The_RiotACT
Property prices are skyrocketing in Canberra, and auctions are the hottest place to be right now. We have some auction tips from the experts https://t.co/U4VvoS6BaQ (12 hours ago)