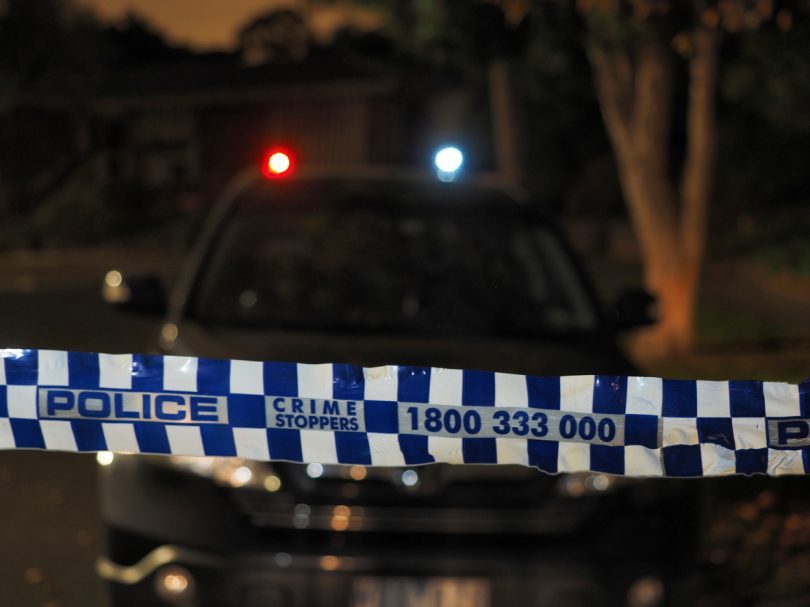 Police officers have arrested two men after a brawl in Binalong on Saturday night. Photo: File.

A violent brawl at Binalong near Yass during a bushfire fundraising event on Saturday night (15 February) has seen one man treated for cuts to his mouth and damage to his teeth after a glass was allegedly thrown during the scuffle.

Yass police officers were called to the Binalong Community Club, 37 km north-west of Yass, following reports of an altercation between a group of men at about 11:30 pm.

The fundraiser was called the Share the Love Binalong Bushfire Fundraiser to help the charities Rural Aid, Blaze Aid and a local family.

A 26-year-old man was treated at the scene and taken to Yass Hospital after he was hit in the face by a glass.

The fight continued shortly after when two of the men who were allegedly involved in the altercation attended a home in Binalong and were confronted by two other men.

A 36-year-old man was allegedly punched in the face and fell over a table before he ran from the scene.

A 45-year-old man was chased by two men into an adjacent property before allegedly being punched, choked and hit in the head with a shovel. The man lost consciousness and was later found on the road by police.

He was treated at the scene by NSW Ambulance paramedics before being flown to Canberra Hospital where he remains in a stable condition. The man is expected to undergo facial reconstruction surgery and treatment for facial and rib fractures.

A crime scene was established and officers from the Hume Police District commenced an investigation.

Following extensive inquiries, police arrested two men yesterday (18 February) for their involvement in the alleged assaults before taking them to Yass Police Station.

A 23-year-old man was charged with causing grievous bodily harm with intent, intentionally choking a person without consent and common assault.

A 45-year-old man was charged with causing grievous bodily harm with intent and intentionally choking a person without consent.

Both men were granted strict conditional bail and are due to face Yass Local Court on 13 March.

Inquiries are continuing and anyone with information is urged to contact Yass police or Crime Stoppers on 1800 333 000.

David Keir - 35 minutes ago
Don’t worry about the homeless men View
Lilly Walter - 1 hour ago
Wayne Williams, bloody oath they do. More manipulative and cunning women are. If I had the fund or patience to create a men o... View
Wayne Williams - 2 hours ago
Lilly Walter tell that to the recently fatherless young fella in Brisbane, women commit family violence also View
News 10

brianf - 60 minutes ago
The stats I've seen suggest about 90% of accidents between cars and 'vulnerable road users' (cyclists and pedestrians) are th... View
paservank - 2 hours ago
...or get rid of all the cars? (an equally stupid and self-centred idea) View
Community 24