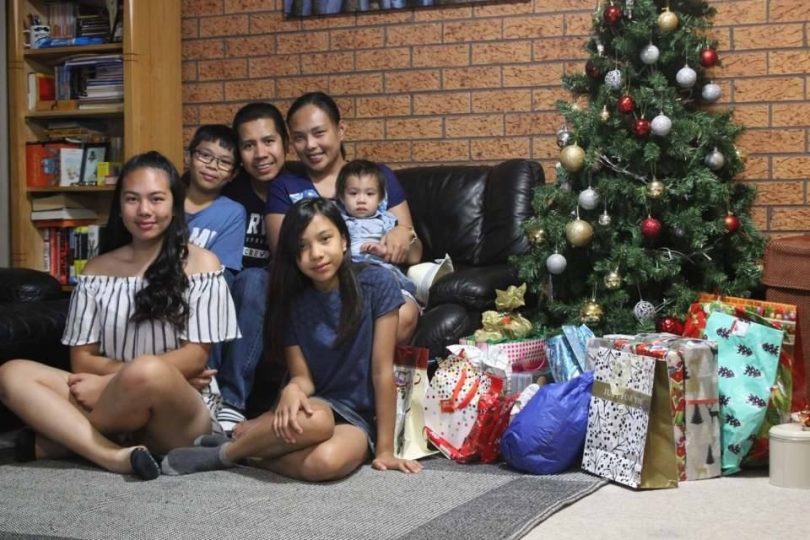 A GoFundMe page has been set up to raise money for the four children of one of the women who died in the “horrible unexpected tragedy” involving a three-vehicle crash on the Barton Highway near Canberra on Friday.

More than $21,500 has already been raised through the campaign which was started in response to the horrific accident which left two women dead and six injured – including a 12-year-old girl in a serious condition who was airlifted to Prince of Wales Hospital in Sydney.

Pam Valencia, 36, and Sheena Katrina G. Landagan, 34, both died in the accident which occurred about 7.45 am at Wallaroo last Friday (May 25) and involved a collision between a Toyota Landcruiser and a Dodge Journey, with one of the vehicles then crashing into a Mazda 6 station wagon.

Both the women who died were passengers in the Dodge Journey, which was driven by Pam Valencia’s husband Jimmy. The couple’s four children were also on board, including 16-year-old Jelia, 12-year-old Jana (who was airlifted to hospital), eight-year-old Jaime and 22-month-old Jasmine.

A close friend of Pam Valencia who set up the GoFundMe campaign, Joana Caoleng, said they were on their way to Melbourne to attend an El Shaddai church event but never made it.

Ms Caoleng writes on the GoFundMe page that Ms Valencia “leaves behind her husband, her parents, siblings, family, Filipino community in Australia and a multitude of friends, but most heartbreaking that she leaves behind three young daughters and a son.”

According to Ms Caoleng, 12-year-old Jana suffered a massive brain haemorrhage, underwent surgery and is currently in an induced coma. The other children and their father were treated for more minor injuries, with 16-year-old Jana injuring her back and needing a brace.

“We want to ease the financial burden that comes with losing someone so suddenly,” Ms Caoleng writes on the GoFundMe page.

“This campaign fund will help to take care of the children and perhaps help establish for each of them for their future.” 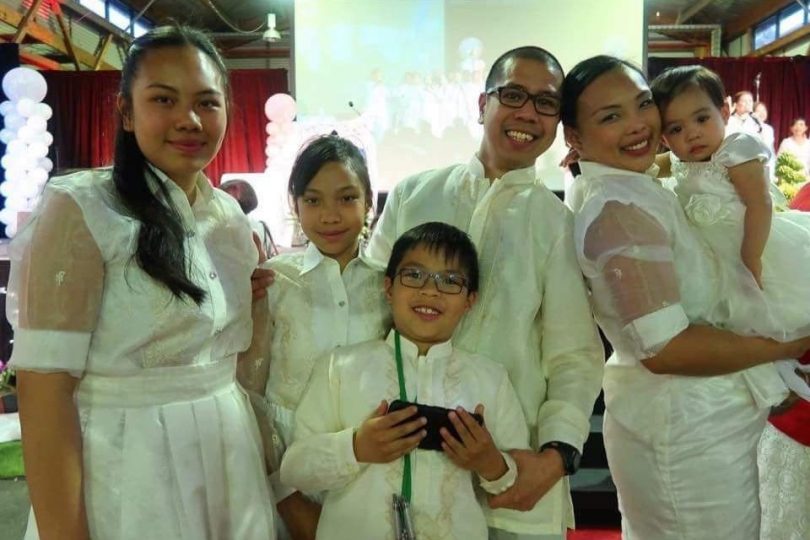 The Valencia family migrated to Australia four years ago with the aim of starting a new life after a decade in Singapore. Mr Valencia is an intern pharmacist and The RiotACT understands that he also heads up the El Shaddai cell group in Canberra, with the family having a strong faith.

“Jim has to be on leave for work to pay attention to his wife’s funeral and to be by his daughter Jana’s bedside for an uncertain amount of time. As a mother myself, it hurts to see them so distraught and heartbroken over this horrible unexpected tragedy,” writes Ms Caoleng, who is very grateful for the support the campaign has received so far.

The Department of Foreign Affairs in The Philippines has extended its condolences to the families of Ms Valencia and Ms Landagan, with Foreign Affairs Secretary Alan Peter S. Cayetano saying: “Our thoughts and prayers go to the loved ones of two of our own who lost their lives in this tragedy.

“We join the Filipino Community in praying for the quick recovery of those injured,” Secretary Cayetano said, adding that the DFA is ready to extend any possible assistance that the families of the women may need.

Ms Landagan worked as a nurse in Canberra and only moved to Australia six months ago. 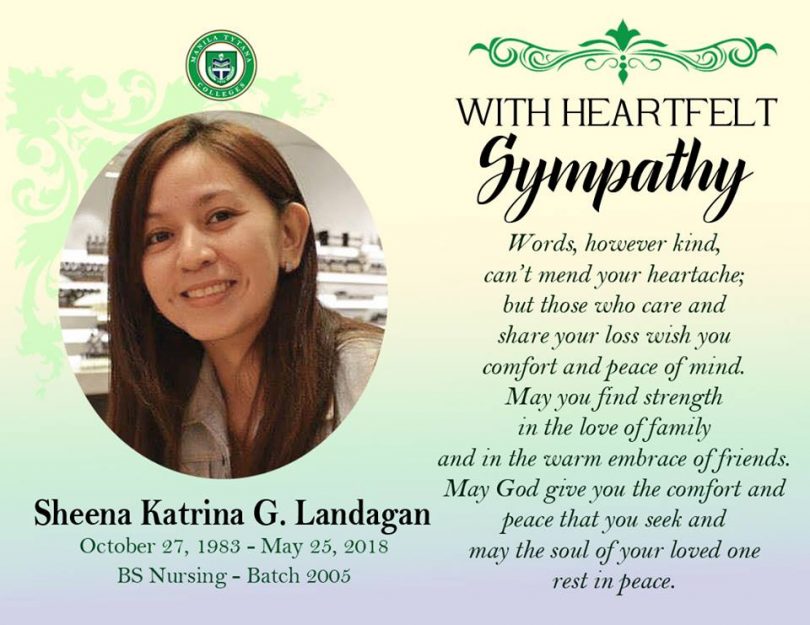 NSW Police report that the driver and sole occupant of the Toyota Landcruiser which was involved in the accident was a 65-year-old man who suffered non-life-threatening injuries and was taken to Canberra Hospital.

The driver of the Mazda 6 station wagon, a 58-year-old female, and two male passengers, were uninjured.

Officers from The Hume Police District, with assistance from the Crash Investigation Unit, are continuing to investigate the incident.

Anyone who would like to contribute to the GoFundMe campaign for Ms Valencia’s family should click here to go to the page. The campaign’s target is to raise $50,0000.

Saddest of sads. I hope the survivors and friends’ faith will get them through.

Lyn Scougall - 5 minutes ago
Margo Bellis you told us that, that’s why we went there 👍 View
Margo Bellis - 26 minutes ago
Lyn....it was far better than Floriade View
Ali McNally - 2 hours ago
Nadine Pickersgill next year! View
Community 7

Grahame Barnett - 14 minutes ago
We "bribe" our magpie gang. We feed them. They don't attack their feeders. View
Karen De Britt - 15 minutes ago
Feed her mealworms, she'll come around 😁 View
News 33

Tramcar Trev - 21 minutes ago
$162million for about 1km of light rail does seem excessive. why do they insist on laying the track inn concrete where the tr... View
Sally Greenaway - 22 minutes ago
Steve Manns but that can't be right. It's too expensive even for our rates... View
Steve Manns - 60 minutes ago
Sally Greenaway no. None. Not a cent comes from private investors. No ones going to invest in that. If you want to know where... View
News 28

whatwik - 26 minutes ago
Ha, try NSW regional travel. Disappointing yes, but prudent. Some of us do wonder about the obsession with the ACT Chief Mini... View
chewy14 - 2 hours ago
JC, No spin here, just facts. Whatwik claims that others have had to backtrack on their plans. Except none of the other state... View
News 8

Clive John Trenton - 39 minutes ago
Come on people. It was replaced for a very good reason! As an old bridge it was likely costing a fortune to maintain due to i... View
Mitch Carrington - 1 hour ago
Was fun riding over this for some reason Mark Humphrey Wheeler View
Greg Grant - 1 hour ago
About time! View
Community 25

Capital Retro - 42 minutes ago
The Australia Post vans deliver mail to them early in the day so that the postie bike person can use them as a suburban pick... View
News 244

Nanna Lola Apted - 44 minutes ago
Who will look after them and keep them tidy. Who will prune them back when they overhang the roads and block drivers vision. View
Geoff Jones - 1 hour ago
Money could be spent maintaining public spaces and mowing. View
Opinion 31

rspg - 52 minutes ago
Bureaucracy at its worst with no concept of real world realities. When Manuka oval and st Christopher’s can’t be accessed... View
News 25