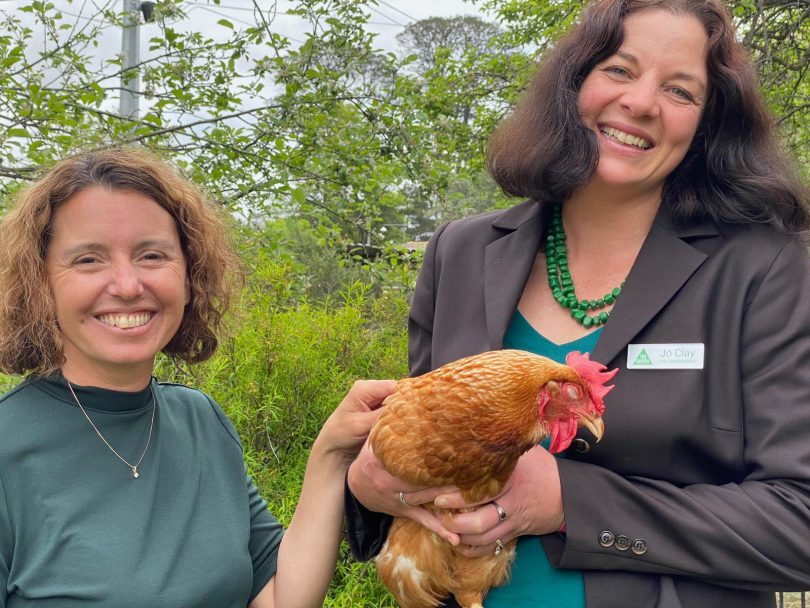 On The Campaign Trail today, the Belco Party to reverse the ban on greyhound racing, the Greens make greens a right for renters and putting a price tag on a million trees.

Under a new Greens proposal, renters will have the right to grow food in their backyards and on balconies in the same way they have a right to have pets.

The new ‘Food for All’ policy includes the requirement for all new suburbs to put aside space for community gardens and retrofitted space for established suburbs where possible.

“Just because you are renting your home, doesn’t mean you should be prevented from growing your own food and tending a vegetable garden,” ACT Greens Housing spokesperson Rebecca Vassarotti said.

“Providing people with a default right to plant a veggie patch is another way people can make their rental property a home.

“It also means people can become more self-sufficient and contribute to our local urban agriculture.”

There will also be $500,000 under the scheme to support residents replacing grass lawns with food gardens.

The Belco Party has come out against animal cruelty, calling for a register to name and shame people convicted of the crime, as well as tougher penalties.

But the party has been criticised by the Greens after they said they would reinstate greyhound racing in the ACT.

The Greens have said that “dog deaths and injuries are inescapable realities of greyhound racing” but Belco Party leader Bill Stefaniak says the industry is dog friendly when strict protections are put in place.

The party would follow a model similar to NSW after then-Premier Mike Baird reversed the state’s ban on greyhound racing in 2016.

Mr Stefaniak said the animals enjoy racing and are well looked after by their trainers who form an emotional attachment to them, but that the party would “come down like a tonne of bricks” on anyone found guilty of animal cruelty.

This includes putting offenders on a public register.

“Convicted paedophiles are placed on a register and I think it would be a good deterrent and a sensible move to have a similar register for persons convicted of the more serious offences of cruelty to animals,” Mr Stefaniak said.

“The Belco party loves animals. ‘Belco Bailey’ – my spoodle – is a valued member of our campaign team. So is ‘Blinky Belco ‘ a young female Koala we have adopted on the World Wildlife program.” 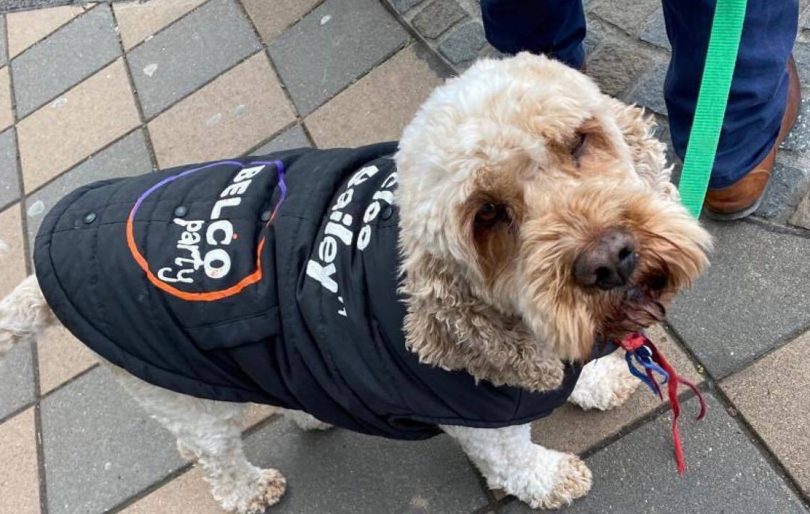 ACT Greens animal welfare spokesperson and candidate from Ginninderra Jo Clay said the ban on greyhound racing should continue in the ACT.

“Mere days out from the election, the Belco Party have finally confirmed what we all suspected, what they really want is to bring back the cruel and exploitative dog racing industry to the ACT,” Ms Clay said.

“You can’t be serious about addressing animal cruelty and at the same time, back greyhound racing.

How much do a million trees cost?

The cost of a tree has been put at $24 according to the ACT Treasury which cost the Canberra Liberals’ one-million-trees policy at almost $8.9 million over the forward estimates, with maintenance costs “absorbed in existing budgets”, including Transport Canberra and City Services.

A new innovation and business hub will be established on the westside of the Belconnen Town Centre if the Belco Party manages to gain a seat in the Assembly, candidate Chic Henry said.

The special precinct would provide benefits for new startups, including tax breaks, to small businesses that innovate in areas such as health, education, manufacturing, recycling, renewable energy and urban agriculture.

Rooftop gardens, solar energy and storage and electric vehicles would all be encouraged, Mr Henry said.

“If elected, I am looking forward to collaborating with entrepreneurs, innovators and business leaders who will come from all over the Canberra region to work in this precinct,” he said. Pretty intersting that Treasury is said to have costed the million trees, when all that is on the costing website is the submitted proposal from the Liberals. Many of the costings for both sides still nowhere to be seen, but I expect will appear tomorrow .

I find it very unlikely that any Treasury would say a million trees could be maintained from within ‘existing resources’…..

Just a branch of the LNP.

So as usual, the greens are demanding to dictate the use of other peoples property. The communist roots show more and more….

Would be so wonderful to see these 2 very high quality candidates representing us come Sunday morning!!! Good luck Jo Clay for Ginninderra and Rebecca Vassarotti!

“You can’t be serious about addressing animal cruelty and at the same time, back greyhound racing.”

By the logic the Greens are attempting to use here, they clearly want to ban any form of domestic animal use.

Great, so if the tenants stuff up the lawn or the garden, will they be required to reinstate it to the condition it was in when they moved in, or will this just be another impost on landlords to fix at their own expense? Successive governments have increasingly upped the the risk and lowered the rewards of letting in the ACT, to the point where it’s becoming not worth it.

And as for the Greens, they really have no concept of personal property or personal responsibility.

Geez! Lighten up a little. Sheesh! If ur rental property still has a lawn ur doing well.

Hi Richard, we’ll implement this in the same way as we have for giving renters the right to have a pet. It flips the default setting to ‘yes’ not ‘no.’ Renters will need to ask their landlord and then negotiate what kind of garden and where. That can go into the lease. If there is damage, the landlord would have the same mechanisms they have now (enforce the lease, recover the bond etc). I’m sorry we differ on our views of ownership but the Greens believe that someone who rents a house is entitled to treat it as their home and have the security and rights that go with that.

Most rentals don’t have a great lawn to start with. For a few years I rented out a house, and I was very happy when a tenant asked, to give permission to put in a vegetable garden. I saw it as their right and good use of otherwise wasted land. It would have been petty and silly of me to have refused. They were a good tenant, so why would I have even thought to refuse a VERY reasonable request. On the other hand, I had a couple of bad tenants, but really, I doubt they would have ever considered growing their own food. That’s work and responsibility.

Julie Macklin I am a landlord as well and I have to say my experience & philosophy with tenants has been very much the same as yours! Why would I refuse to allow them to have a garden or pets? Our tenants are the best! And we’re not constantly doing inspections either. They should be able to live in their home without us looking over their shoulder all the time.

Jose Black One of my best tenants had two doberman dogs. Mind you, my worst tenant also had a dog. I was told the RSPCA was called on him.

Belco Party wants to bring back greyhound racing – one of their candidates promotes this industry. Should have stated this commitment at the beginning not at the end of the campaign. Is this party for the needs of Belconnen residents or self interests?