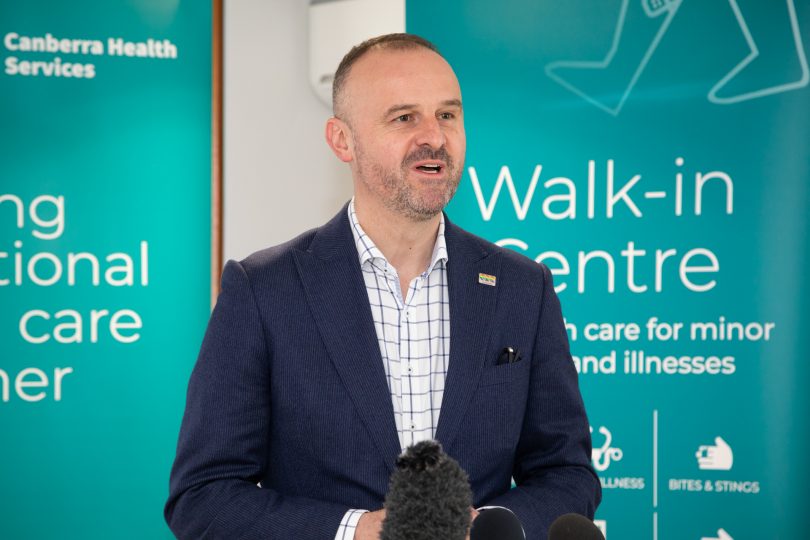 A new elective surgery centre in Canberra’s north and a larger selection of elective surgeries and outpatient procedures at Canberra and Calvary hospitals have rounded off Labor’s signature election pledge.

The third part of Labor’s health policy, which will see five new Walk-in Centres built across Canberra, will be embedded into the Canberra Hospital expansion and ongoing planning for a new northside hospital.

The elective surgery centre will be completed in 2024-25 at a cost of $21 million. A further $16 million over three years will be put towards upgrading and expanding existing endoscopy facilities at the Canberra Hospital, Chief Minister Andrew Barr said.

“Once online, the centre will take pressure off our current and future hospitals by delivering day procedures including ear, nose and throat, gynaecological, orthopaedic, ophthalmology and dental,” he said.

“This investment will deliver an additional 5,000 endoscopy procedures each year from 2023, meeting the growing need for diagnosis and detection of many conditions, including some cancers.”

The Canberra Liberals will spend $40 million to upgrade local roads over the next 12 to 18 months on shovel-ready projects to help boost the ACT’s COVID-19 recovery.

The Liberals committed a further $300,000 for a feasibility study into completing the duplication of Horse Park Drive and Gungahlin Drive. Horse Park Drive will also be looked at as a potential strip for the Liberals’ million trees policy. 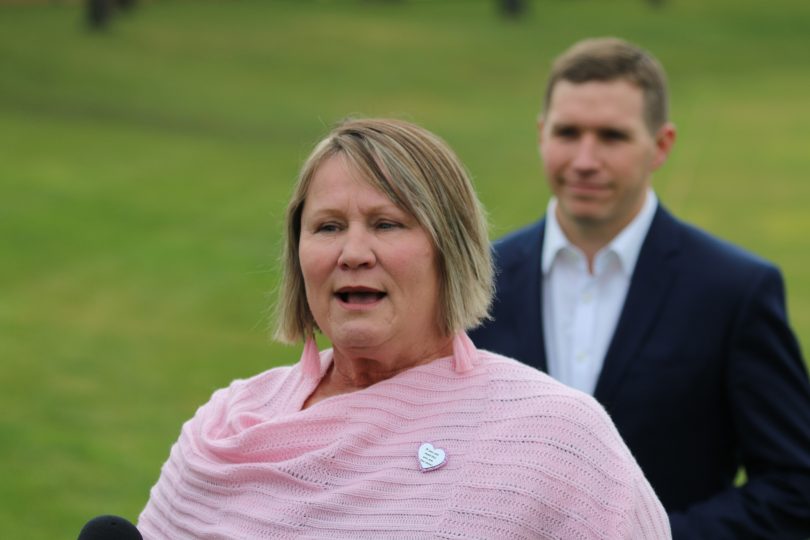 “Our shovel-ready projects will target roads that need urgent safety upgrades to help reduce the risk of damage to vehicles, injury or death,” Ms Lawder said.

“Many of these roads should have had major road safety improvements years ago but Labor has grown weary and is too easily distracted.”

Still on transport, Alistair Coe confirmed this morning that light rail Stage 2 will go to Woden, a day after he, and transport spokesperson Candice Burch, threw doubt on the plan.

Ms Burch told a transport forum on Tuesday night (15 September) that the Liberals would not blindly support Stage 2 in its current form, and would instead commission an inquiry to see if there is a better route for the project – flagging Belconnen to the airport.

The Liberals have repeatedly stated that they support light rail in principle, but would not back the current proposal without knowing all the pros and cons, calling on the government to release more information about the project.

Stoush over property and developers

The Greens have pledged to change land sales legislation to ensure that major development sites are sold to high-quality applicants as opposed to the highest bidder.

A new $200,000 yearly fund – starting in 2021/22 – will also be set up to provide skills, apprenticeships and industry partnerships to help construct climate-ready and environmentally sustainable buildings over the next decade.

“The decisions we make today will have consequences for generations to come,” ACT Greens Planning spokesperson Rebecca Vassarotti said.

“Right now, in the face of a climate crisis, we are seeing too many poorly designed, poorly constructed, unsustainable, low-quality new buildings going up around town – and Canberrans have had enough.” 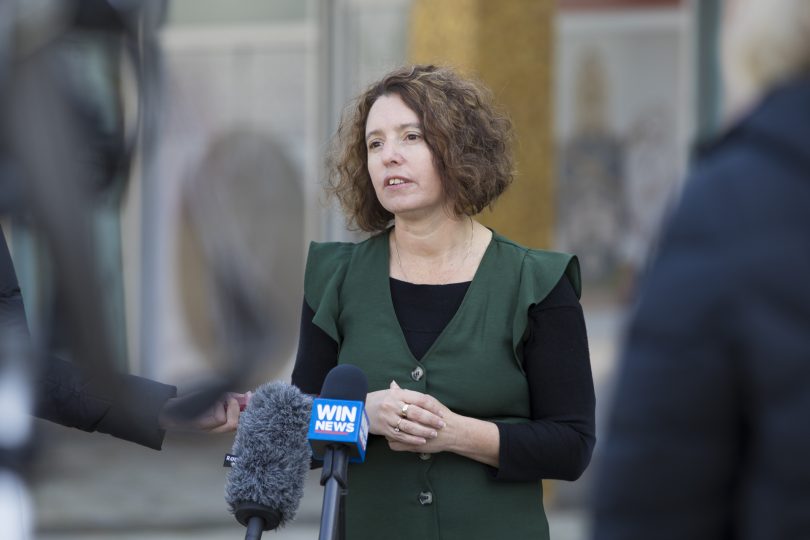 Building certification of multi-unit residential developments will also be returning to the government with the ACT being the only jurisdiction that has fully privatised certifiers.

Creating public certifiers also forms part of ACT Labor’s promise, announced by Building Quality Improvement Minister Gordon Ramsay back in July, but it will not be legislated before the election.

Around 10 government certifiers will complement the private sector as opposed to replacing them completely.

The Belco Party also released more details on its development and planning policy. They’ve promised to increase the defect period on new construction developments from 90 days to 365 and make it mandatory for new developments of 10 or more dwellings to have a defibrillator and common area CCTV.

READ MORE: Back to the future: unit owners hail return of public certifiers

Should the PCYC move to Gungahlin?

At-risk young people in Canberra’s north will have easier access to the Police Community Youth Club (PCYC) if David Pollard gets his way.

The independent candidate for Yerrabi said he would secure funding to relocate the Fyshwick facility and expand the PCYC into Gungahlin.

If a day can feel like a year in politics, how long is an election campaign?

While some voters are undoubtedly experiencing election fatigue, inundated with corflutes and letterbox drops, it’s now just one calendar month until election day.

harcm - 9 hours ago
Here's another idea. Let's think of the intersection as cars crossing the pedestrian path, rather than pedestrians crossing t... View
jam - 12 hours ago
That said, though, bikes are required to slow to around 10km/h before crossing - a bike crossing at the otherwise speed limit... View
jam - 12 hours ago
It is not “bugger all inconvenience” it actually makes a big difference when it is your commute! When I drive past a cros... View
News 9

bj_ACT - 10 hours ago
Noting the Light Rail is much much more heavily subsidised than the buses. View
jam - 12 hours ago
The tram is more easily accessed by more people as it encourages dense development within its reach. It isn’t really possib... View
bj_ACT - 12 hours ago
The issues with the Bus route changes and the loss of bus stops for Tuggeranong in 2019 were obvious to anyone with half a br... View
News 161

Jimbo Lambert - 12 hours ago
Areas in Gungahlin haven't been mowed for at least 6 months! How hard is it to use our high rates money to employ some more m... View
Jimbo Lambert - 13 hours ago
Randy Goldberg you mean 6 months later? You must live in a more affluent area than Gungahlin, as it seems we have been alloca... View
Frank Arnold - 15 hours ago
Ohhh myyy Goddd !...Crooked pavements!...pot holes in our roads!...and now it's long grass !!!! FFS we hardly had any 3/4 yea... View
Community 6

@the_riotact @The_RiotACT
There's more to hosting global #sporting events than stumping up cash to the organising body - you also need #venues which, as Tim Gavel notes, is also a problem for the ACT https://t.co/1ivTV1rHfA (60 minutes ago)