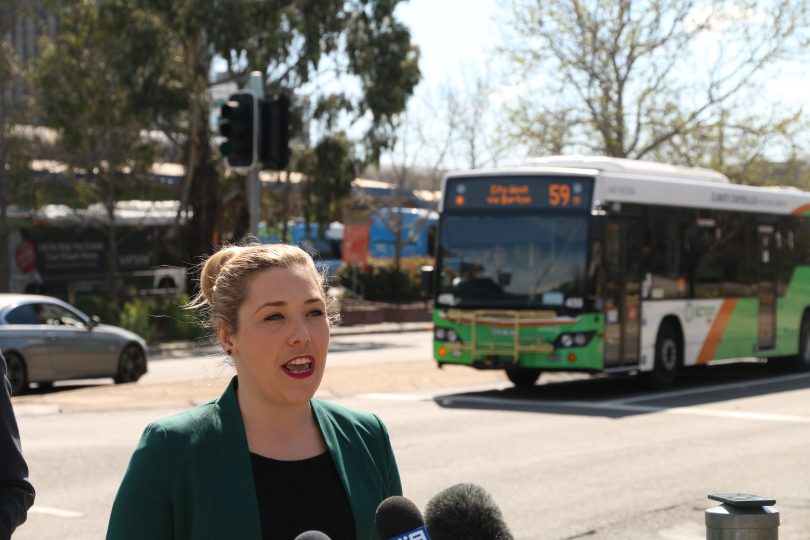 On The Campaign Trail today, the Liberals put light rail back on the agenda, Labor focuses on maternal and prenatal health, and the Belco Party fights for the Birdman Rally and an annual carp fishing tournament.

The ACT is on track to have more light rail elections than routes after the Canberra Liberals committed to conducting an independent inquiry into where the next stage should be built as they continue to unveil their transport policies.

The Liberals pledged to roll out a $59 million Better Buses package that will create an extra seven express routes from the city and suburbs and put 19 new buses on Canberra’s roads. Nineteen new bus drivers would also be hired by February 2021 if they form government.

But all eyes were on the Liberals’ light rail plan after transport spokesperson Candice Burch said an independent inquiry was needed before proceeding with Stage 2. She said people had been asking her about a Belconnen-airport route.

Belconnen to the airport via the city is the third stage of the current light rail plan, while Stage 4 will then extend the line from Woden to Tuggeranong via Mawson.

Transport Minister Chris Steel hit back at the Liberals’ proposal, saying the study would delay construction by decades. The proposal was similarly criticised by Master Builders ACT which said delays to the large infrastructure project would send shock waves through hundreds of local companies.

The state of the ACT’s Budget has been updated ahead of the election, with the forecast deficit for this financial year increasing slightly from $909.5 million to $913.8 million.

However, the Territory’s gross state product (GSP) – the measure of a state’s economic output – is expected to increase 2.75 per cent, up from the predicted 1.5 per cent increase back in the August budget update off the back of strong demand in the June quarter.

However, these numbers are not necessarily locked in due to the capricious nature of the pandemic, Under Treasurer David Nicol said.

“The uncertainty about the economic impact of COVID-19, including through the restrictions imposed to slow the spread of the virus, mean that economic and fiscal forecasts are, more than usual, dependant on assumptions about future developments,” he said.

“Nonetheless, the economy is substantially weaker, revenue collections have contracted markedly, and the fiscal situation has deteriorated significantly since restrictions were introduced on 23 March this year.”

ACT Labor has built on its signature election pledge for five new walk-in centres by announcing a pilot program to construct the Coombs centre alongside the National Health Cooperative.

The partnership will focus on maternal and child health by offering a range of maternity health services such as prenatal checkups and screening closer to home, Chief Minister Andrew Barr said. 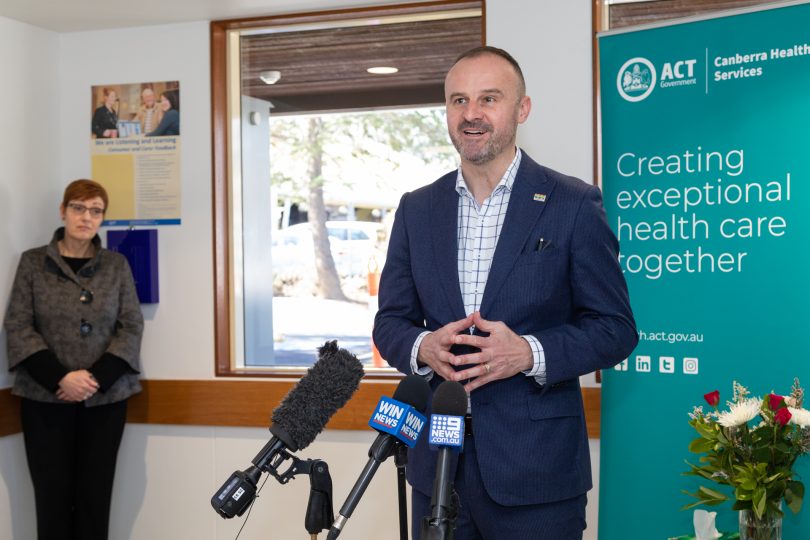 “By co-locating with an existing general practice, the new facility will provide an integrated and co-ordinated health service in the Molonglo Valley,” he said.

“The new centre will help Canberra Health Services test a model of working alongside general practice and free up space at the Weston Creek Walk-In Centre for a new medical imaging service.”

Construction of the centre is expected to cost around $700,00 which the Chief Minister said was significantly less than if it was not built next to an already established practice.

More motorboating for Canberrans and a return of the Birdman Rally

Canberrans will be able to use their motorboats and personal watercraft on ACT’s lakes and waterways if the Belco Party gets its way, candidate Vijay Dubey said.

Residents will also be able to apply for a boat licence and register boats in the ACT under the proposal, while the fees would be set at 10 per cent less than anywhere else in the country. 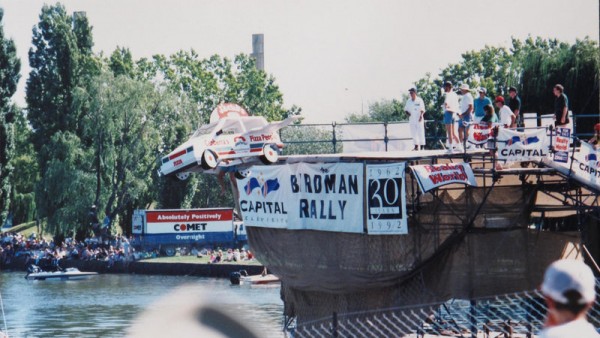 The Belco Party has pledged to return the Birdman Rally to the ACT. Photo: File.

“It is just ludicrous that the ACT is the only jurisdiction in the country where you cannot obtain a boat licence or register or use watercraft. This is the perfect example of ACT dollars leaving the ACT to other jurisdictions,” Mr Dubey said.

The party would also bring back the Birdman Rally and an annual carp fishing tournament.

More than 300,000 Canberrans have registered to vote in the upcoming election, which is more than 99.5 per cent of eligible voters.

Each electorate has around 60,000 registered voters, with the most residents in Ginninderra in Canberra’s north where there are 63,200 enrollments. Kurrajong has the least enrollments out of the five electorates with 58,500.

“Recent legislative change means that while people can no longer update their existing enrolment, eligible ACT residents yet to enrol in the ACT can do so up to and including the final day of voting, Saturday, 17 October,” ACT Electoral Commissioner Damian Cantwell said.

So what we are saying is the Liberals will create so much trouble around light rail, that they will cancel all further work so they can afford to pay for all their other election promises

The Birdman rally was great, but seriously imagine that being your political promise 🤦‍♀️ Like maybe strive higher!

I think the Birdman Rally is probably a bit like drive-ins. Nice memories, might make for a novelty for a bit, but really just something that should be left in the past.

Belconnen to Airport makes a lot of sense, more bang for your buck. This has probably swung my vote.

it sure put Brockway, Ogdenville and North Haverbrook on the map.

What about small businesses that create jobs?

Belconnen Party is a joke if they are concerned with Birdman Rally and carp fishing.

Do the libs really expect to convince us that a bus is better than the tram? Just build the light rail 🤡
I think they might get another four years in opposition to think about this…

and the belco party fights for birdman and carp tournament? lmao, both shud be done by private business they can make something out of it, how about a real issue

Well, for stage 2, the bus is twice as fast. Stage 2, at $2billion construction, costs many multiples more than the cost of running the entire bus network. COVID is changing commuting patterns. Stage 2 offers little in the way of land redevelopment by way of kicking out public housing tenants and selling land for shoddy apartment towers. For starters.

Yeah the bus is faster which is why the Greens were recently touting the idea of making every second light rail an express to compete with bus times. Labor have said it can’t be done though.

Years to process approvals not a debate on whether light rail is fundamentally good: NCA