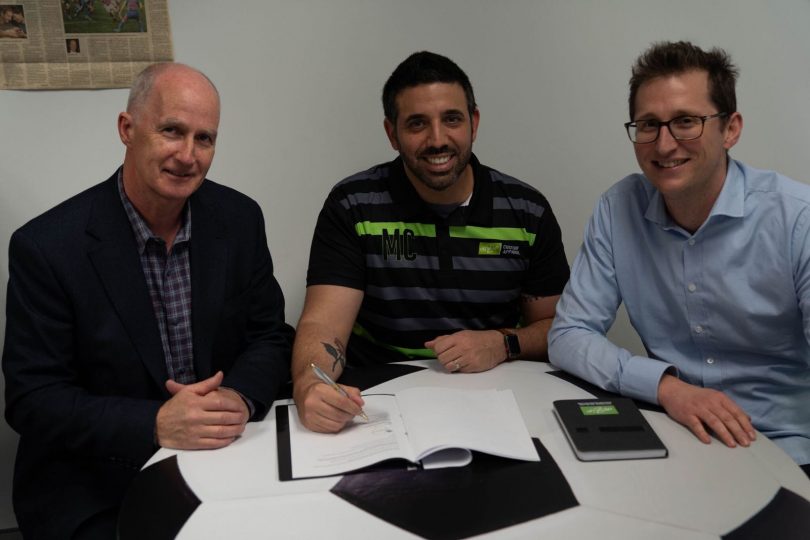 Canberra’s A-League bid has received a major boost after the expansion team signed a partnership with the Australian Sports Foundation to help drive private and philanthropic investment into the club.

The Australian Sports Foundation works with all levels of sport in Australia – grassroots, community, district, and elite, plus individual athletes – and has raised almost $150 million for sport via tax-deductible donations over the past four years.

Canberra’s bid to bring an A-league team to the nation’s capital would make it the first A-League club to build philanthropic and community-giving into its strategic plan. Bid organiser Michael Caggiano said the community focus of the bid’s business model made it an ideal fit to partner with the Sports Foundation.

“We are building a community club so it makes sense to allow our supporters to contribute financially should they wish to do so,” Mr Caggiano said.

“We want this club to have a positive impact on the region, especially for young players, and this partnership will help us achieve our social and community goals. The Sports Foundation allows everyday Australians to donate to the future of sport and we will use these contributions for the good of the game in the region.”

Australian Sports Foundation chief Patrick Walker said he was impressed with the bid’s approach and believes there are appealing synergies within the partnership.

“The Sports Foundation is headquartered in Canberra and the bid’s community ownership model will bring together people of different cultures and backgrounds and help build an inclusive society – all in the name of football,” Mr Walker said.

“The region has a rich history in producing world class players. Just look at Socceroos stars Tom Rogic, Carl Valeri and Ned Zelic who learned to play football locally in Canberra before starring for Australia and playing abroad at the highest levels.”

Mr Walker said Canberra’s bid provided Canberra football fans with the opportunity to create a genuine community “whiteboard” which will be the envy of all A-League clubs.

“The bid represents the opportunity for the local community to create an exciting whole of football program including a football academy to develop more future Socceroos and provide them with a pathway to represent a local A-League club and ultimately play for Australia at the World Cup,” he said.

Canberra is one of 10 potential clubs on Football Federation Australia’s (FFA) shortlist, who will choose two clubs to join the A-League for the 2019-20 season.

Final bids are due by the end of August and the announcement of the new licences is planned to be made by 31 October 2018.

@The_RiotACT @The_RiotACT
Misplaced for decades, the drawings and meticulous records of Goulburn #architect EC Manfred eventually saw the light thanks to the dedicated efforts of #volunteer historians, plus a little bit of luck https://t.co/Ga0Bn2B66D (33 minutes ago)