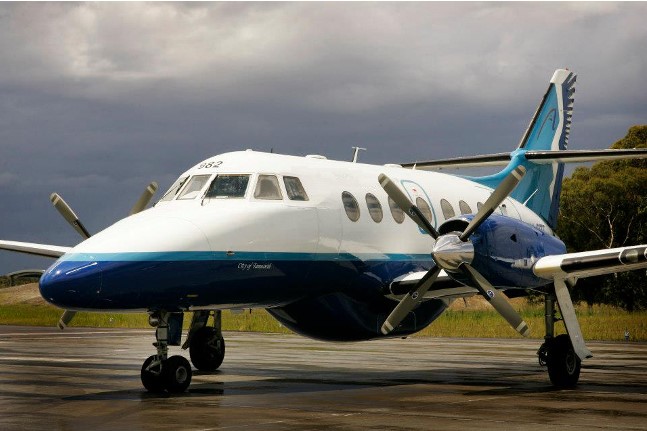 FlyPelican flights to Ballina will start next month. Photo: FlyPelican.

Canberrans will able to fly direct to the tourism mecca of the NSW Far North Coast with regional airline FlyPelican starting flights from Canberra Airport to Ballina from 3 July.

Canberra Airport said the flights, starting from $229 one-way, were an opportunity to boost the ACT and regional economy and expand domestic travel to sought-after destinations including Ballina, Byron Bay and Tweed Heads.

The service will start with one flight a day, departing Canberra at 8:50 am and arriving at 11:10 am.

The return flight will depart Ballina at noon and arrive in Canberra at 2:20 pm.

“After months of disruption to the aviation and tourism industry, the Canberra-to-Ballina flight link will bring a much-needed boost to the local economies of both our regions. Domestic travel is slowly getting back to normal and Canberra Airport is determined to facilitate the recovery,” Mr Thomson said.

“FlyPelican has been a long-time partner of Canberra Airport and we’re delighted to begin a new partnership with the Ballina Byron Gateway Airport, so we can continue to bring a wider travel offering to Canberra.”

Mr Thompson said flying has never been safer and extensive measures had been put in place by Canberra Airport, Ballina Byron Gateway Airport and FlyPelican to accommodate this.

“We are not yet back to full capacity, but with 90 flights per week linking Canberra with Sydney, Newcastle, Brisbane and Melbourne there is a lot of opportunity for people to travel,” Mr Thomson added.

ACT Chief Minister Andrew Barr said the new link would boost the local ACT economy and provide a great opportunity to bring visitors to Canberra who may not have seen how much the city has changed and grown in the last decade.

”It also presents an exciting new option for Canberrans in need of a well-deserved break to take a short getaway,” he said.

The announcement comes after ongoing negotiations to re-establish links between Canberra and other closed states including South Australia and Queensland.

The Airport said the Canberra-to-Ballina link was a positive step in reopening other travel gateways across Australia and across the Tasman Sea.

Ballina Byron Gateway Airport Manager Paul Tsikleas says the new route will have a positive impact for the community.

“A key focus for us is to promote Northern Rivers NSW tourism to other parts of Australia so we’re thrilled to be working with Canberra Airport and airline partner FlyPelican in having a brand new exciting destination and look forward to welcoming Canberra locals to our beautiful part of the world,” Mr Tsikleas said.

Ris Lehmann think we have found our destination? You game for air travel? Hahaha!

Geraldine Savoulidis you know it won’t take much to convince me! Lock it in and let’s go 🙌☀️

Direct flights to Byron! Can you still rent a Mini Moke there? (It’s been a looong time since I’ve been there…)

What a waste of money 🤷‍♂️, completely unaffordable for an average family

Cheaper to drive there!

This is true Bec, the other option I’m looking at 🙂

Diane we can fly direct to catch up with Caitlin and Kath in this mini plane.

If only someone would do a CBR to Coffs Coast direct flight. I’d be on it every other weekend ???

On that little thing and what’s the cost? I am still more than happy to go to Sydney and hop on a proper jet and pay half the cost.

Brenton Anthony can go to Byron on your favourite airline!

Ooh that is such a little plane for us nervous nellies

Jacqui Simmonds this will suit Jake

Jessica Connolly they must be listening!!

Mitchy Connolly I am not getting on that tiny plane 🤢

Jessica Kurdi see you every 6 weeks 😂

Chrissy Byron this is exciting! Fly Pelican are great 👍🏻

Anna I would love to go to Byron. Never been. Plane looks small 😬

Andrew Chudleigh the epic Christmas drive might have just got easier!!!!!! 😂😂😂

That plane looks a bit small. 😉

Kurtis Malavey; Helen Sherman. Even easier to come for a visit😃

David Battey haha I’ll be on the first one

Warwick Jay yeah might be good although sally just had to fly with them from Sydney and it was about $400 one way…….

well hopefully that was a one-time covid special

Erin Davidson yeah these are the Newcastle ones. You can see the pilot 😶

Kendall! Now we can come see you more easily!

Amy Yates can’t wait to have you 🥳

Our of my price range