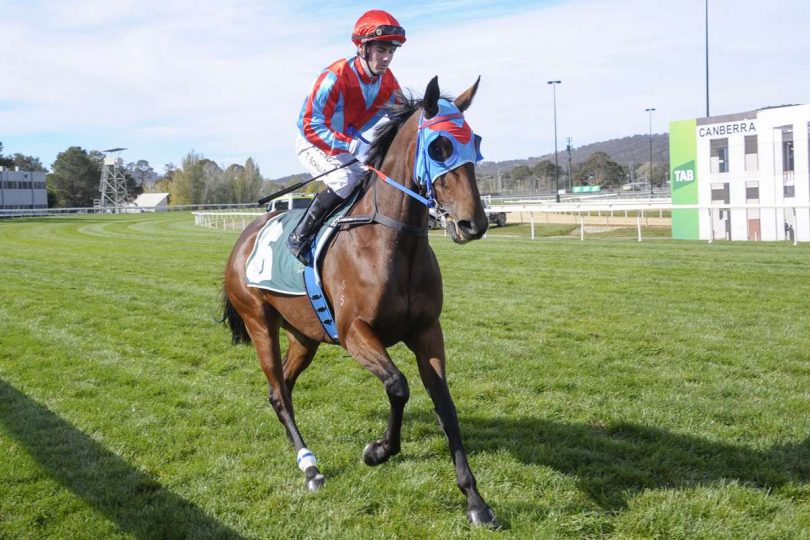 An impressive win rate at Thoroughbred Park in Lyneham during the past racing season helped Tyler Schiller secure the Canberra Apprentice Jockey’s Premiership and earn an exciting move into Sydney.

The impressive start to his riding career has given Schiller an opportunity to head to Sydney on loan with leading city trainer Mark Newnham.

Randwick-based Newnham has a reputation for identifying and honing apprentice jockeys, with last year’s Sydney Metro Apprentice of the Year Robbie Dolan, and Sherry, the NSW Provincial Apprentice Jockey of the Year, on his books.

“Tyler’s talent is obvious,” says Newnham. “He has only been here three weeks but it’s evident he is a really good and hard-working young man.

“As a young jockey able to ride with 3kg less weight, he is good value. He has ridden four winners already in his short time here.”

From 418 starts, Schiller has ridden 66 and a half winners – with one dead heat – 59 second placings and 44 third placings. A phenomenal effort in just his second year of riding.

The enormity of his achievement is not lost on Schiller.

“It’s really big,” he says. “There are so many talented apprentice jockeys in the country, such as Samantha Clenton and a heap of others, so to be at the top of the pile is very humbling.”

Currently riding at Provincial level, which sits between the Country and Metropolitan levels, Schiller’s aspirations lie with an eventual move to the Metro scene.

“I have moved up here for more opportunities,” he says. “Ideally, if I am riding well enough, I would see out the final bit of my apprenticeship in Sydney Metro.”

Schiller is certainly in the right stable with Mark Newnham, who is renowned for his tutelage of young apprentices.

“I am grateful to Mark for the opportunity,” says Schiller. “I’m certainly in the right place. You can see with Robbie [Dolan] and Tom [Sherry] that Mark is great at educating and improving young jockeys.” 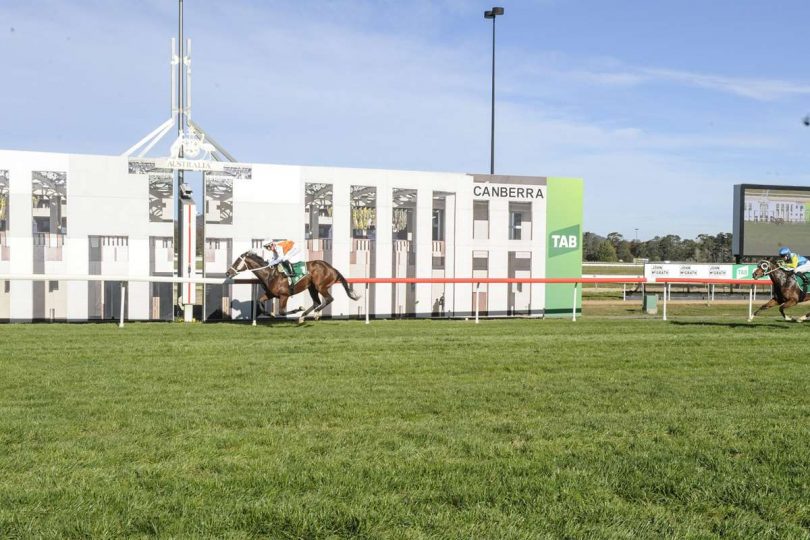 In previous years, the Canberra Apprentice Jockey’s Premiership has been a stepping stone to racing greatness. It has been won by some notable jockeys in the past, including Group One winners Tommy Berry, Jay Ford, Tye Angland and Tim Clark.

Tommy Berry has a strong Canberra connection, having spent time living on the Thoroughbred Park grounds. He is now a world-class jockey who has Group One wins in multiple countries.

In more recent times, the 2018-2019 Canberra Apprentice Jockey’s Premiership was won by Billy Owen. He also took out the Canberra Jockey Premiership in the same year.

Following Schiller’s move to Sydney, it is unlikely he will be in with a chance to go back-to-back in the Canberra Apprentice Jockey’s Premiership, but with his skill and hunger for success, a NSW Provincial Apprentice Jockey of the Year title is within reach.

The new Canberra racing season begins at Thoroughbred Park on Friday 7 August, and is highlighted by the TAB Federal over 1600m.