Canberra baristas line up for shot at national honours 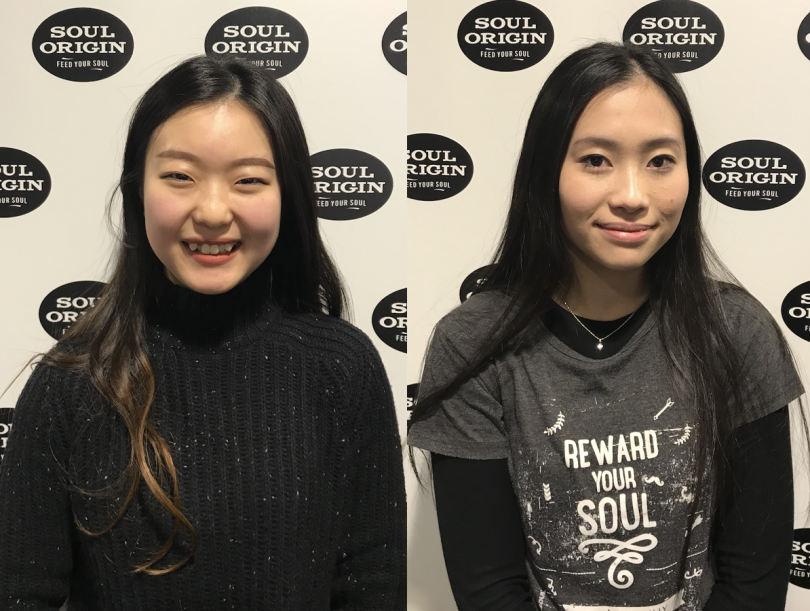 Two Canberra baristas will be taking a break from the daily grind to test their coffee making skills against the pick of their peers in a national competition later in the month.

Seline Hong and Sylvia Tran from Soul Origin in the Canberra Centre have been announced as finalists in the cafe franchise’s 2018 National Barista Competition.

Over 150 baristas from across the country battled it out in their respective regional finals, with Seline and Sylvia coming out on top for the ACT. The two young baristas will be flown to Sydney to compete in the national finals at Martin Place on Friday 27 July.

The event will be a double shot for Seline, who will line up for her second consecutive National Barista Final, as well as competing in the Soul Origin Latte Art Final.

They may be vying for barista glory but they insist theirs is a friendly rivalry, and the national finals provide a great opportunity to build on their skills to continue serving the highest quality coffee to their Canberra customers.

“Soul Origin’s Barista Competition is such a wonderful opportunity to perform with other baristas from across Australia and learn from some of the country’s notable coffee experts. I’m looking forward to refining my skills and bringing this back to the team and my customers,” Sylvia said.

Seline said she was thrilled to be competing again this year.

“To be named as a finalist in both the Latte Art Finals and the Barista Finals for 2018 is such an honour. I learnt so much from the experience in 2017 and with the finals to be held at Martin Place this year, 2018 is set to be bigger and better than ever! I’m very excited to have the opportunity to meet Australia’s current Latte Art Champion Shinsaku Fukayama at the finals this year.”

The winner of the Soul Origin Barista Championships will receive an all-expenses-paid trip for two to visit the New York Coffee Festival in October. Second prize is a tour of a coffee farm in northern NSW including education on growing, processing, roasting and the development of coffee farming. Third prize is a tour of Melbourne’s coffee hot spots and an intimate education session at Soul Origin’s coffee roasting and processing facility.

Now in its third year, Soul Origin’s Barista Competition recognises the best baristas and latte artists across Australia and celebrates the network’s commitment to serving the best coffee to its customers.

“The development of our local baristas is really important to us. Our annual competition series provides an exciting opportunity for our local baristas and latte artists to showcase and celebrate their skills on a national level,” he said.

Since opening its first store in 2011, Soul Origin has experienced exponential growth with over 96 stores now across Australia.

Margaret Pascoe - 42 minutes ago
Talk to your bank, the PM said he was going to put a freeze in place. View
Graham McNicholas - 5 hours ago
John Boland yes very much. Let the relief flow down so everyone looked after then the tennants will be too View
Alex Dapontes - 9 hours ago
Micheal Connolly Banks are not freezing mortgage so if my tenant does not pay rent I still have to pay my taxes , land tax ,... View
News 32

Marina Rankin - 12 hours ago
Shan Weereratne you obviously don’t want nurses or doctors for your hospital then. A fair number of them travel into Camber... View
Shan Weereratne - 18 hours ago
Tegan Smith, I dont suggest completely denying NSW residents entry to the ACT but at least they should be subject to some for... View
Louise Flood - 21 hours ago
Darren Sault world health organisation world o meter has the daily numbers for Australia View
News 78

Hermits band together to be crowned national busking champions in Cooma

@The_RiotACT @The_RiotACT
Canberra’s distilleries are literally getting into the spirit by turning their products into hand sanitiser https://t.co/38n1qygKXM (11 hours ago)