Canberra Businessman and Philanthropist making our community a better place 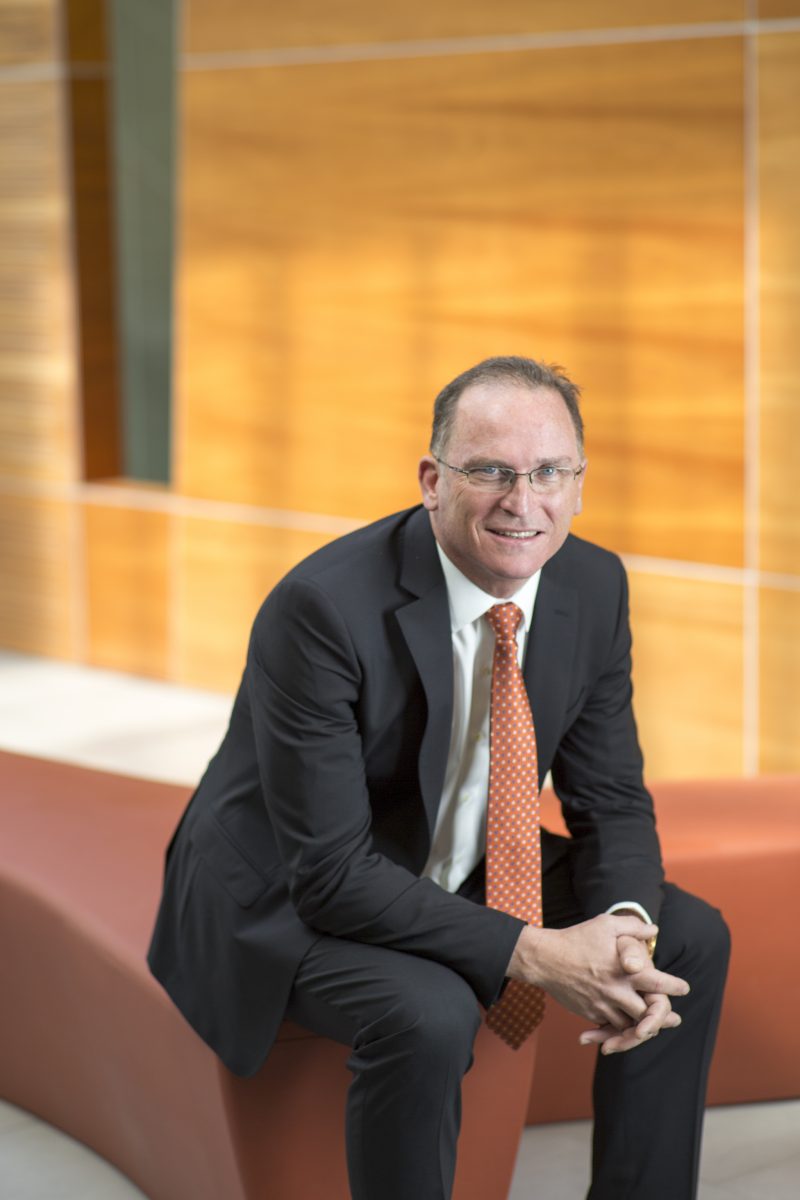 After striking up a conversation with Ehren Keys, you immediately feel as though life is pretty good. That’s the impact he can have on others. For his parents, Glenn and Mel and his two siblings, Siân and Tim, Ehren has influenced their lives in the most positive and productive ways.

Twenty-five-year-old Ehren was born with Down syndrome. He embraces each and every day with the optimism usually reserved for a grand final victory or an Olympic gold. His influence on the Canberra community cannot be underestimated.

It was also what led to the establishment of Project Independence.

Through a partnership with the ACT Government, Project Independence enables home ownership options for people with an intellectual disability.

So far, ten have been built in Latham, ten in Harrison, and another ten are planned for Philip. Further afield, there are plans to build in Melbourne.

The concept, driven by Glenn and Mel, had its origins at a birthday party of one of Ehren’s friends, who was living in one of the social housing homes built during the Federal Labor Government’s stimulus budget. By the end of the birthday party, Glenn had conceptualised an initiative to build more of these homes in Canberra. 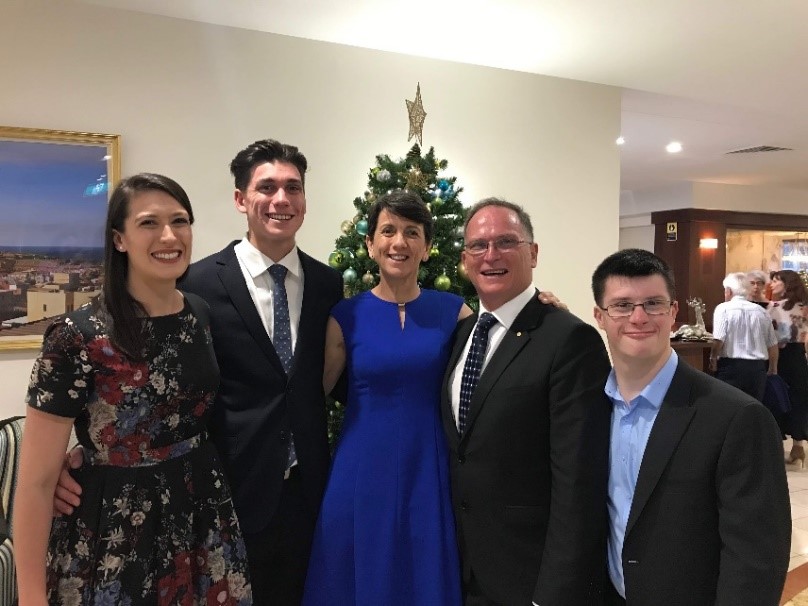 Glenn is project-focused with a hard work ethic. He is one of those “can do” people. And Ehren helped ignite new ideas and direct Glenn’s attention, as he fondly recalls, “I was introduced to a whole sector of the community that I wouldn’t have otherwise known, it enriched my life enormously.”

Growing up in Newcastle above his parent’s shop, which sold gifts, toys and wool, Glenn graduated from school six months after his 16th birthday. He headed to Duntroon, eventually graduating as a mechanical engineer in 1984. He spent a further ten years at various postings, including a stint in Albury, where he met Mel in the beer garden at the Star Hotel.

One of his resume highlights is his time spent as a flight test engineer and an aeronautical engineer. This provides some indication of where Glenn’s experience would lead. Clearly, he had the ability to take on risk and solve problems systematically.

He used his extensive experience to establish a start-up company, which was subsequently taken over by a defence contractor, Raytheon.

May 23, 2003, is a date etched in Glenn’s memory. It was the date he and longtime friend Dr Andrew Walker established the health project management company, Aspen Medical. Operating initially out of his dining room in Chapman, the business is now one of the biggest bespoke Health Care providers in the world with over 2,000 employees on three continents and 16 countries.

The award-winning company came to global prominence during the Ebola virus disease pandemic in 2014-15, effectively managing the Australian Government’s response to the outbreak in West Africa. This included commissioning and managing a 100-bed Ebola treatment centre in Sierra Leone.

In Canberra though, the company’s profile had already been established because of Glenn’s advocacy calling on the business community to have a social purpose. In so doing, he has effectively incorporated community service into the culture of business.

He credits Mel, a Pastoral Care practitioner, for opening his eyes to what can be done to help the disadvantaged and people with a disability. “I couldn’t have achieved a tenth of what we have done without Mel,” says Glenn.

The result has seen the growth of not only Project Independence, but also the Aspen Foundation, which has funded the eradication of the eye disease Trachoma, and Scabies in remote Indigenous communities, as well as funding scholarships for Indigenous health professionals.

If not busy enough, Glenn is on a range of boards and councils including the National Capital Authority and the University of Canberra Council. He has also been a strong advocate for the Special Olympics, encouraged by the positive impact of sport on people with an intellectual disability.

Recently, Glenn received an Order of Australia, and in 2015, he received the ACT Australian of the Year award in recognition of his business with a social purpose advocacy and his work with disability.

For Glenn and Mel, it has been a partnership which has benefitted the lives of many in Canberra.

Deref - 2 hours ago
It'd be handy to know the vaccination status of those in hospital and the ICU. View
Property 20

Futureproof - 3 hours ago
Vote early, vote often. Will voter ID solve this?... View
kenbehrens - 4 hours ago
Stephen, as it turns out, School ID cards are a thing, if you work in a school you'll need a Working with Vulnerable People's... View
franky22 - 7 hours ago
I take it that the 55 senators are part of the nutjobs still claiming that the election was stolen from Trump ? View
News 2

Frank Spencer - 3 hours ago
Leaf litter makes the best compost. View
TimboinOz - 3 hours ago
Leaf-litter!!! At home? Buy a 2 or 3 layer worm-farm and start gardening. Even if it's just for salads until Autumn. And, eve... View
News 3

Futureproof - 3 hours ago
The roundabout at Monaro Highway/Isabella Drive is particularly dangerous with the height of the grass. You should be able to... View
Capital Retro - 4 hours ago
That would be tantamount to the cosseted cyclists in Canberra who get free bike tracks and then complain that they can't use... View
bigred - 4 hours ago
Of course, both sides of politics could encourage interested and motivated residents to "adopt a patch" and reduce the total... View
News 1

Capital Retro - 3 hours ago
Origin are giving 0.17c per kWh on residential solar feed in some NSW regions. If I had 8 solar systems I think I would be cl... View
Capital Retro - 7 hours ago
Organics and renewables are all part of the manufactured "green-think" idealism. Some of these people even put nitrogen in th... View
John Giacon - 8 hours ago
Hi. While ACT prices are rising, they are still cheaper than NSW - though I found it hard to find clear figures on actual pri... View
News 16

Helen Roberts - 4 hours ago
I welcome FOGO in Cook. We are more able to separate food scraps. For example I have found that the coffee capsules we used t... View
Scott Harvey - 4 hours ago
Most people don't buy organically grown fruit and veg therefore the scraps aren't organic either. You cannot add non organic... View
Lifestyle 19

Tom Worthington - 6 hours ago
I was surprised that a generator would be used for the outdoor office. Having been the "Net Traveler", for more than two deca... View
News 3

@the_riotact @The_RiotACT
As long grass continues to be a bane of the existence of many Canberrans, the Opposition has called on the ACT Government to sort out a better, longer-term #mowing schedule and increase funding for what they see as a 'basic service' that's being neglected https://t.co/BLFgXaQEBW (52 minutes ago)

@the_riotact @The_RiotACT
#Jerrabomberra residents have been waiting for a high school for decades, but will it be big enough when it opens its doors in 2023? Plans for the new school have been released and locals are concerned https://t.co/hrpMDRz4yg (2 hours ago)