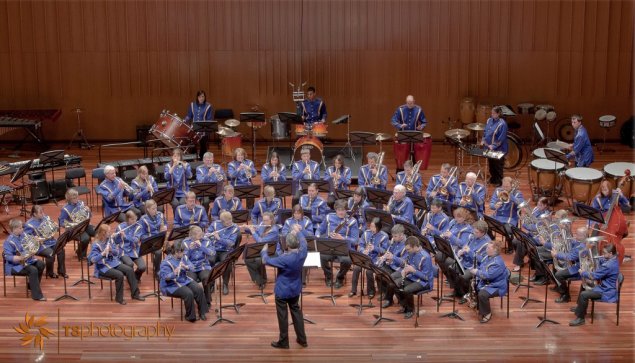 If you haven’t heard the Canberra City Band play then you are really missing a great time. Live music is the best and these musicians are fantastic! Canberra City Band has four ensembles that range from the award winning Canberra City Concert Band to the John Agnew Band development/leisure band for those returning to music or learning.

Don’t miss the 90th Anniversary Spectacular at the historic Albert Hall Saturday 27th June, 2015. At 2.00pm you can hear Canberra’s own A grade award winning band, The Canberra City Band, followed by a fun time listening to the players in the John Agnew development band. Then at 7.30pm dance the night away with the Spectrum Big Band.

When: Saturday 27 June 2015
Time: From 2pm
Where: Albert Hall
Tickets: $25/$20 conc./ $50 Family (2+2) with 20% discount if attending both concerts using the PROMO CODE “spectacular”. Bar and snacks available Tickets at www.trybooking.com/HDXX or at the door.

Lyn Kemp - 17 minutes ago
Goodbye Zed, hopefully. You've done absolutely NOTHING for the ACT 😖😖 View
Capital Retro - 3 hours ago
"Climate change, gender equity, citizenship, refugee policy, economic and cultural renewal, and a First Nations Voice to Parl... View
Shane Carter - 4 hours ago
Who-da-thunk-it, the man who’s voted against the ACT having self governance. His seat under threat from the ACT calling him... View
Community 7

bikhet - 18 minutes ago
This seems to be your thing. Never knew the pluviometers were there. Is their output available on the web somewhere? I'm a bi... View
brendan eyers - 2 hours ago
Cool to know what the cubes are, though I've never noticed one. Worth a mention that there are a hundred or so pluviometers a... View
brendan eyers - 2 hours ago
They are called standpipes. Connected to mains water and used to collect water samples for testing. View
News 2

MERC600 - 24 minutes ago
Yep , full marks to the Raven. What I would like to know is what would you pay for a coffee to be delivered by this drone mob... View
Capital Retro - 1 hour ago
The next step is to equip the ravens with lasers. Death to all drones!... View
News 2

chewy14 - 59 minutes ago
"A responsible and competent government would" Well there's your first problem. They haven't been forthcoming with robust bus... View
michael quirk - 3 hours ago
The government has yet to provide evidence to justify the light rail extension, the viability of which is tenuous given incre... View
News 41

Chief Minister Andrew Barr said he accepted that having no deaths may not be possible as the Territory begins to ease...

Hands up for the return of Canberra’s Handmade Market

@The_RiotACT @The_RiotACT
A plastic surgery clinic and medical centres are among new exposure sites, and Calvary has confirmed a fully vaccinated aged-care staff member has tested positive https://t.co/RE8RHLqgTF (54 minutes ago)