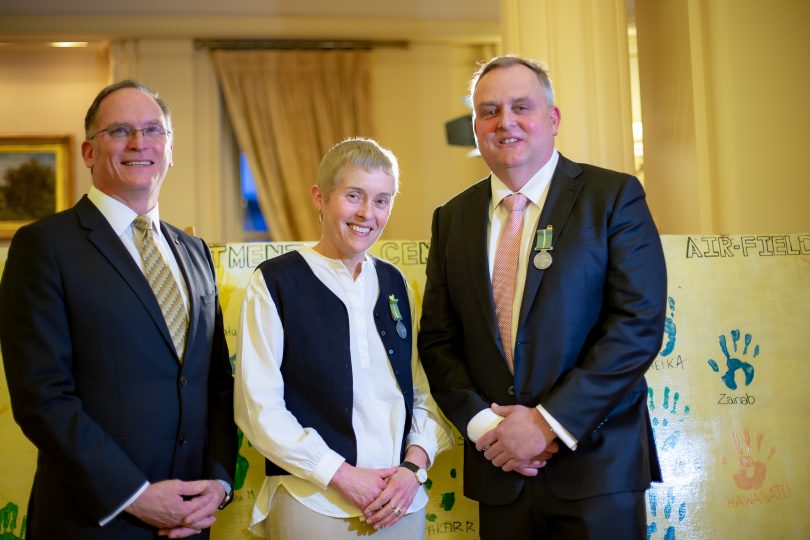 But rather than retreating in horror from a virulent epidemic, medical staff from the Canberra company headed straight towards it.

Governor-General David Hurley has recognised 66 Aspen Medical staff, many of them from Canberra, at a Government House ceremony where he conferred the Humanitarian Overseas Service medal on clinical and project staff. They saved hundreds of lives while, remarkably, maintaining a zero infection rate as the world’s most terrifying haemorrhagic disease ran riot.

This week’s news wrap comes from Government House at Yarralumla, where 66 Aspen Medical staff are being recognised for their work responding to the West African Ebola crisis between 2013 and 2016. Genevieve Jacobs has all the details, as well as other stories making headlines this week. Stay up to date with news in the region by signing up to RiotACT’s weekly newsletter: http://ow.ly/HMDq50vkS6i

Posted by The RiotACT on Thursday, September 5, 2019

Recipients received their medals in front of a backdrop of handprints, representing some of the many people whose lives had been saved by Aspen Medical’s staff.

Called ‘the wall of hope’, Ebola patients added their handprints once they had tested negative for the virus, abandoned all their possessions, moved through a lightly chlorinated shower (known locally as a ‘freedom shower’) and were provided with new clothes and essentials. 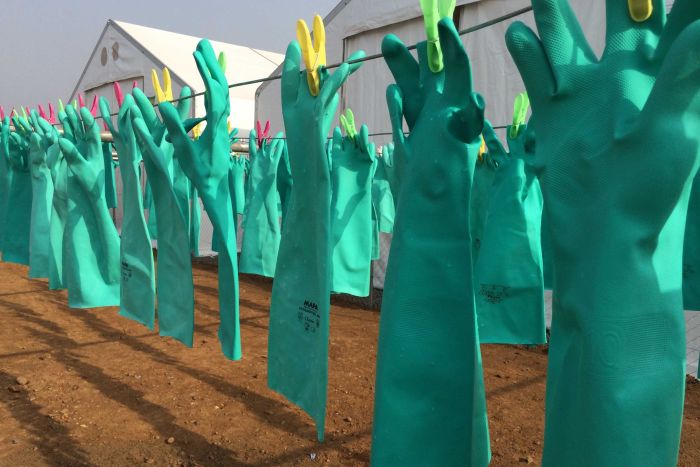 Sterilised gloves are hung out to dry at an Aspen Medical treatment centre in Sierra Leone. Photo: Supplied.

“You put your health and your futures on the line,” the Governor-General told medal recipients. “What you did in many respects encapsulates the way Australians approach problems around the world. We are very pragmatic and distance is never a problem for us.

“Travelling to another continent to help in a crisis, we don’t see as an obstacle but a problem to solve. That’s the Australian approach, with a great heart for people.”

Aspen Medical was contracted by the Australian, New Zealand, British and US governments to work on the frontline of Ebola outbreaks in Sierra Leone and Liberia, responding to an epidemic that would infect 28,616 people and cause 11,000 deaths. They worked in remote areas where there was little to no infrastructure or support, dealing with terrified populations and also working to reintegrate survivors into their communities.

1200 people responded to a call to action. Aspen Medical CEO Bruce Armstrong said they received intensive training that included bringing in solicitors to ensure that wills were in order. Staff trained in full hazard suits in November heat, learning how critical infection control is for a disease that spreads via contact with bodily fluids. 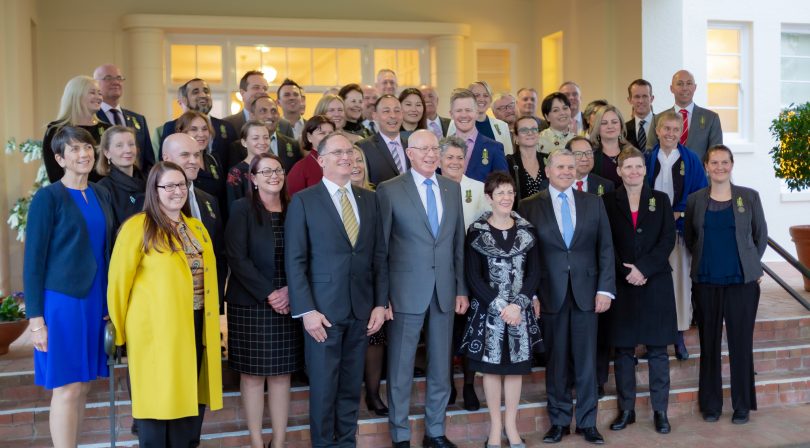 “We had to teach people that if you so much as dropped your glasses – well that’s that, they were contaminated,” Bruce says. “Typically, 20 per cent of health workers will be infected with Ebola and every other one will die, so we threw a hell of a lot at them in training.

“Nobody was turned away from our treatment centres. Those hands on the wall of hope represent not only survivors but also hundreds of further infections stopped and consequently hundreds of deaths averted. The zero infection rate for the whole response team, both expats and locals, is a testament to the team’s professionalism, dedication and strong project management.”

Mr Armstrong said that the project’s legacy was a team of highly trained local health care professionals as “an extremely capable first line of defence” for future outbreaks. 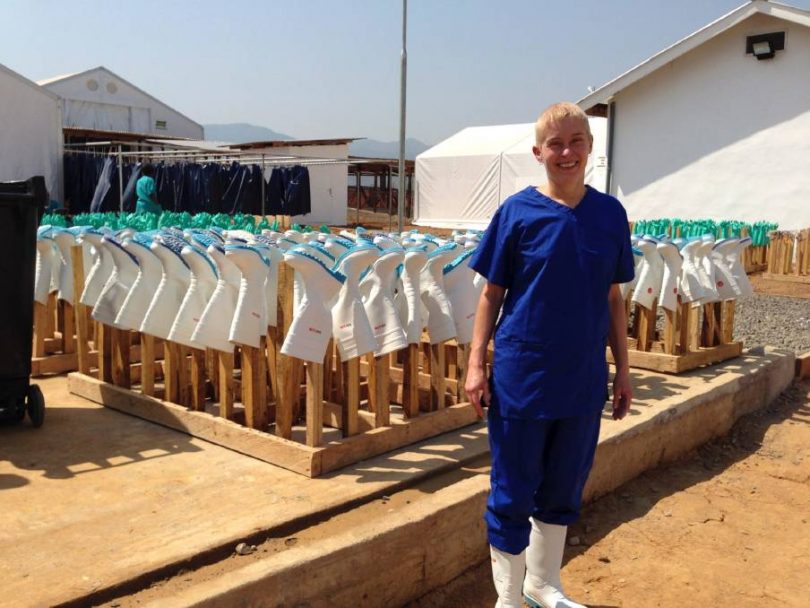 Some of the West African outbreak staff went on to work with Aspen Medical in Iraq during 2017 – 18, when the company set up field trauma and maternity facilities for the World Health Organisation. “Because of the talent and bravery we have here, Aspen Medical can continue to go wherever we are needed,” he said.

“Aspen Medical’s mission is to provide world-class healthcare wherever it’s needed most, where conditions are remote, challenging and under-resourced. If one project encapsulates that, it’s the Ebola response in Sierra Leone.

“We export the best of what Australia is about with compassion and a can-do attitude.”

Aspen Medical has also worked on a cholera epidemic in Papua New Guinea, the tsunami in the Solomon Islands and malaria eradication in the Pacific.

“You put your health and future on the line,” Governor-General David Hurley told medal recipients. “Your families and friends thank you for your service to our country and the people of West Africa.

“The handprints of those who survived say they crossed a threshold into a world of hope and life, from despair to understanding what tomorrow would look like.

“On behalf of your fellow Australians, thank you for what you did for these people. We hope you don’t have to do it again.”