Sport
Baseball is back
Tickets on sale now
23 September 2019 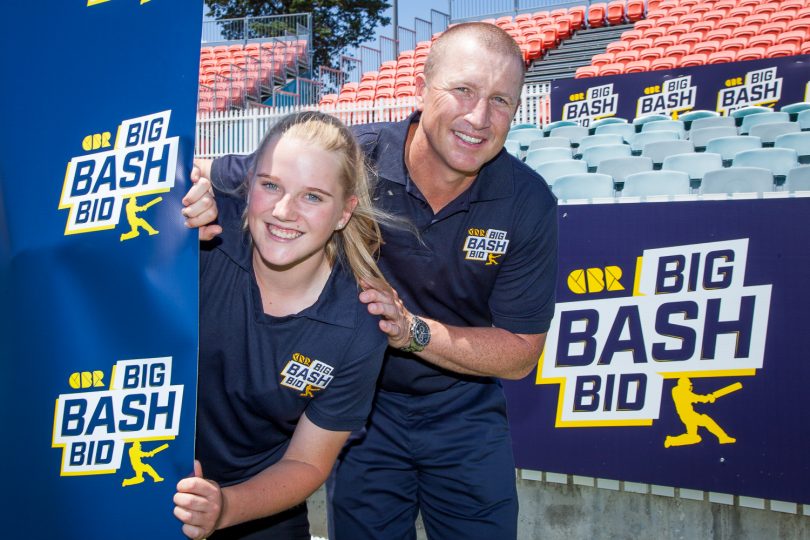 Former Australian Test Cricket vice-captain Brad Haddin joined the ‘CBR Big Bash’ Advisory group, saying Canberra is just waiting for the tick of approval to become the next Big Bash club because we have everything here.

In a bid to secure a local cricket Big Bash franchise and gain community support, the Advisory group launched a ‘Secure our club. Secure your seat’ campaign at Manuka Oval last week.

“We currently stand [on Manuka Oval,] one of the best cricket grounds in Australia. We have the facilities, we have the expertise and the corporate and Government support to make this possible,” said Corkery.

“More importantly, we have a passionate and committed community who we are certain is going to get behind our teams and create yet another Canberra region sporting success story,” she said. 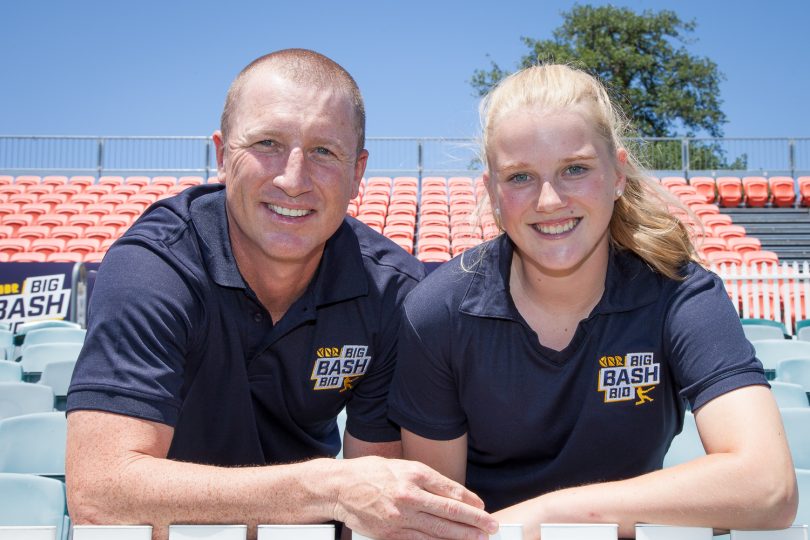 Haddin says that Big Bash gives local players the opportunity to come through the ranks and play cricket on the world stage.

“Canberra was a great breeding ground for my cricket,” he said.

“I got the opportunity to play with the ‘Canberra Comets’, to get exposed at the top level very early in my career – and it helped my time to get to the Australian team.”

“It’s taken me twenty years to get back here, to get to this moment. I’m excited to push the [Big Bash] bid forward.”

“We’ve been waiting for this moment for a long time. We’ve got all the facilities, we’ve got great people and a lot of passion on the Advisory group and around to get this job done.”

“We’re just waiting for that tick of approval because we’ve got everything here.”

Lauren Philips believes that a Big Bash club in Canberra will create a lot of energy and excitement for not just cricketers, but all Canberrans.

“Having a team in Canberra can create more opportunities, not only for me but other players that I play with and know,” said Phillips.

“Having local players, who can potentially be on these teams, can also inspire us to reach a goal like this,” she said.

“It’s a great opportunity for everyone to get out and watch international standard cricket and just enjoy the rivalry between Australia and England,” said Haddin.

“We need a large crowd here to cheer them on and show the rest of Australia that Canberra not only loves cricket but is the obvious choice for the next Big Bash franchise,” Corkery said.

Members of the community can join the CBR Big Bash Bid team for $50 Adults and $25 children (under 15 years). Bid team members will have priority access to membership in the inaugural Big Bash season, access to exclusive member-only events and updates as well as a snapback cap!

For more information go to www.cbrbbb.com.au or the Facebook page @CBRBBB.

Do you think Canberra should have a local Big Bash Club? How will this benefit our community? Let us know what you think in the comments below.

I do think Canberra would be a great place to have a BBL team, and I’ll be there every game. That said, the ‘joining the bid’ process is significantly inferior to the A-League4Canberra (AL4C) bid process (which I also backed).

AL4C held the money provided in a trust account. There is no reference that the same will be happening here. For $50, I’m getting a pack which costs just a couple of dollars to provide (a hat, a sticker – neither of which I’ll ever use), so effectively, you’re paying $50 for the priority right to get a membership down the track and access to some exclusive events.

Does that $50 I pay now get discounted from the membership cost down the track? Unlikely. The $50 seems to be effectively subsidising the operations of the bid team given the comments under ‘Where does my bid team contribution go to?’ heading.

Seems like poor value in my book compared to the Foundation Memberships and Trust Account model used by AL4C.