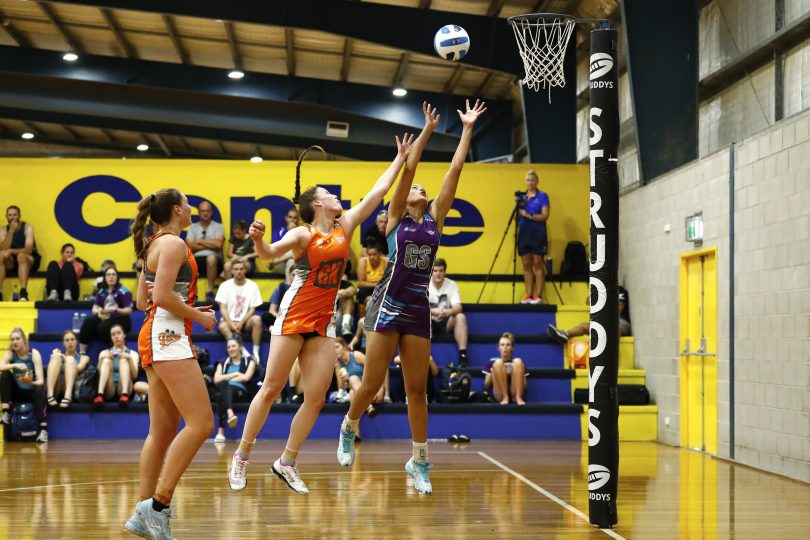 It’s game time for The Capital Spirit, which will play its first game in the NSW Premier League. Photos: Supplied.

As Canberra netballers returned to the courts last weekend for the first time since COVID-19 restrictions came into force, two representative teams from The Capital Spirit were preparing to travel to Sydney for the NSW Premier League which starts this week.

The two teams will make their debut in the NSW Premier League, which provides a direct pathway to the national Super Netball competition.

Super Netball has relocated to Queensland due to coronavirus clusters in NSW and Victoria. The revised model will see all non-Queensland Super Netball teams relocate to the south-east of Queensland for part or all of the season, which will still be made up of 14 rounds and a normal finals series.

Last year, one game of the competition was held in Canberra, with record numbers in attendance.

The Capital Spirit and South Coast Blaze will join the eight foundation teams in the NSW Premier League which has revised its format into pools with an October finals series.

Rodrigo is known for her work ethic, energy and as a well-respected role model across the netball community. She also has a reputation as a tenacious defender and a natural leader. Rodrigo said the endorsement from her coaching staff and teammates has made the appointment even more significant for her.

“I am beyond grateful for the supportive team environment we have made with The Capital Spirit. Leading this group in our first season is so exciting for me,” Keely said.

“We’re all very grateful we can play some netball. Each team in the competition is as fast and physical as the next and I am confident that our preparation will ensure we make an impact on the competition in our first season.”

Tamara Weatherburn has also jumped at the opportunity to be part of The Capital Spirit in 2020. Weatherburn says she is honoured to be a part of such a talented group and is excited by the prospect of the team under the leadership of international coach Kate Carpenter.

Leading the under-23 side, Emily Brady said the team is raring to go ahead of what has been a frustrating lead-up to the first game against North Shore United.

“We’re all feeling really confident about going up against the Sydney teams. We’re going to give it our best shot even though we’ve had a disrupted pre-season,” Emily told Region Media.

“We’ve worked really hard and had a few matches to prepare ourselves. We’ve built our progress every week and we’ve had a really great support program with our head coaches and strength and conditioning coaches, who wrote our programs and checked in on us.” 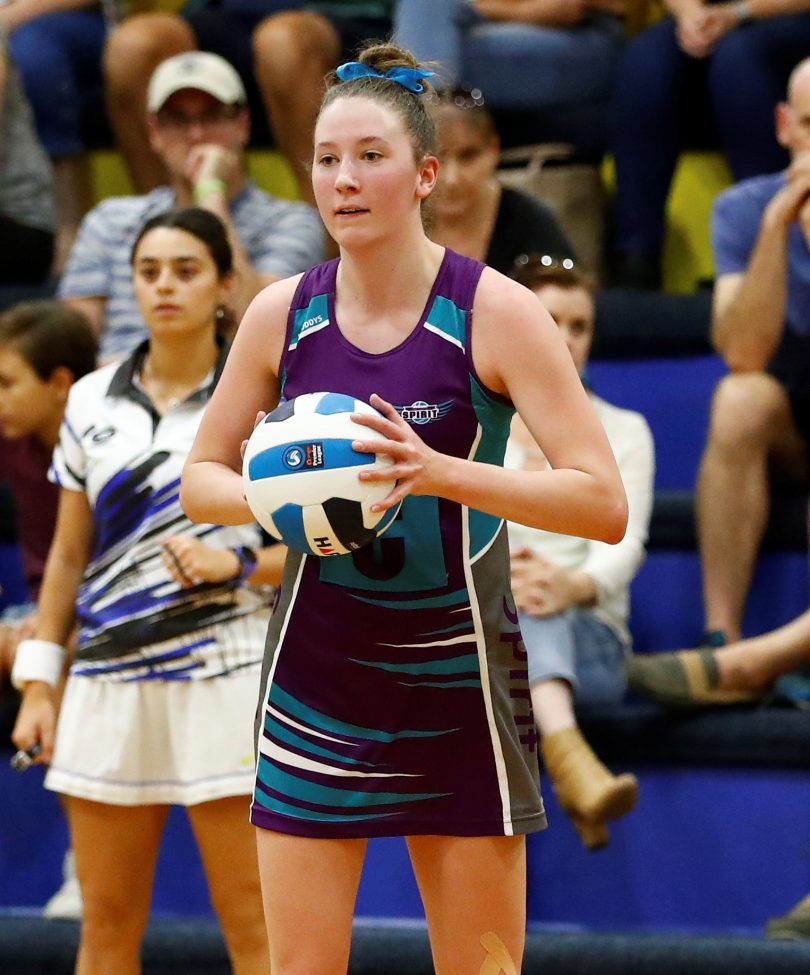 Captain of the U23-side Emily Brady.

Emily said the teams will also be mindful of the changing nature of the coronavirus pandemic with a number of restrictions when they travel to Sydney.

“We’ll be following all the rules and procedures with travelling going in and out of Sydney. We’ll be keeping our sanitiser close by and keeping all our food and gear individualised, and just being really careful about what we do,” she said.

In her 10th year of competitive netball, Emily said the Premier League presents a fantastic stepping stone to the Australian Netball League and the Super League.

“This is a great opportunity for our Canberra teams to step out and go up against the Sydney teams and being a bit more competitive and just seeing how we go,” Emily said.

More importantly, she said it’s been great to be able to play their chosen sport again.

“It’s so good to have sport back again. We’ve been allowed to train but it’s been hard with reduced training times and schedules. But we can’t wait to play again. It’s been a long time coming.”

The NSW Origin Energy Premier League is the pinnacle competition in the state, showcasing the best current and emerging talent NSW has to offer. It provides a local, elite platform for players, coaches, officials and administrators, and opportunities to the Deakin University Australian Netball League (ANL), the feeder competition to Suncorp Super Netball.

Matthew Pez - 16 minutes ago
Simon Adamson how is mowing your lawn at 8pm when there is still light a malicious crime? View
Robert Kearon - 3 hours ago
I would rather 8pm than 8am... not everyone is old and Karen View
Nathan Beck - 5 hours ago
David Cole it would be growing faster than they can cut it in this weather 🤣 View
News 73

Mamy Watts - 53 minutes ago
Same outcome, they do nothing anyway. Look out insurance will go up with people making fake claims. View
Capital Retro - 7 hours ago
Some how I don't think insurers will cop this without conditioning the terms and conditions of their cover for home burglarie... View
Jenny Graves - 8 hours ago
Adam Rolls I presume you use your commonsense but don't actually harm them. View
News 75

Daniel Duncan - 2 hours ago
Shane no that was sarcasm and its because of people like you we should raise the age to 21. View
Anthony Briscoe - 3 hours ago
Never View
Shane Nayler - 3 hours ago
Gary Keogh that's a dud argument dude. Young people are not represented by the current "old white dudes" and "old white dudes... View
News 15

William Vass - 3 hours ago
Don’t show up for a break-in but worry about scooters. What’s wrong with policing in the ACT??? View
kenbehrens - 6 hours ago
Has anyone ever been fined for smoking at a bus stop? Has anyone been fined for not wearing a mask on public transport? There... View
Nathan Lofthouse - 8 hours ago
Complete with Benny Hill music View
Opinion 80

Craig McPherson - 4 hours ago
I acknowledge the message, but to describe people who are partnered up as being 'privileged' I don't agree with. A privilege... View
Nada Krstin - 4 hours ago
Natalia Komarova yes, I have seen that, very sad indeed - it was either the couples felt 'superior' or the women in their soc... View
Natalia Komarova - 5 hours ago
When my friend lost her husband she said to some extend she lost her social circle as well. While she would catch up with her... View
Food & Wine 9

BlowMeDown - 8 hours ago
I recall my father and I taking the boat out on the western shore in the mid 1960s, where the water has yet to return. It was... View
Capital Retro - 9 hours ago
I think groundwater that enters the artesian aquifers originatesin mountainous country through rock strata. The water in Lake... View
Patrick Keogh - 9 hours ago
What percentage goes into replenishing groundwater compared to what is list to evaporation? View
show more show less
*Results are based on activity within last 7 days