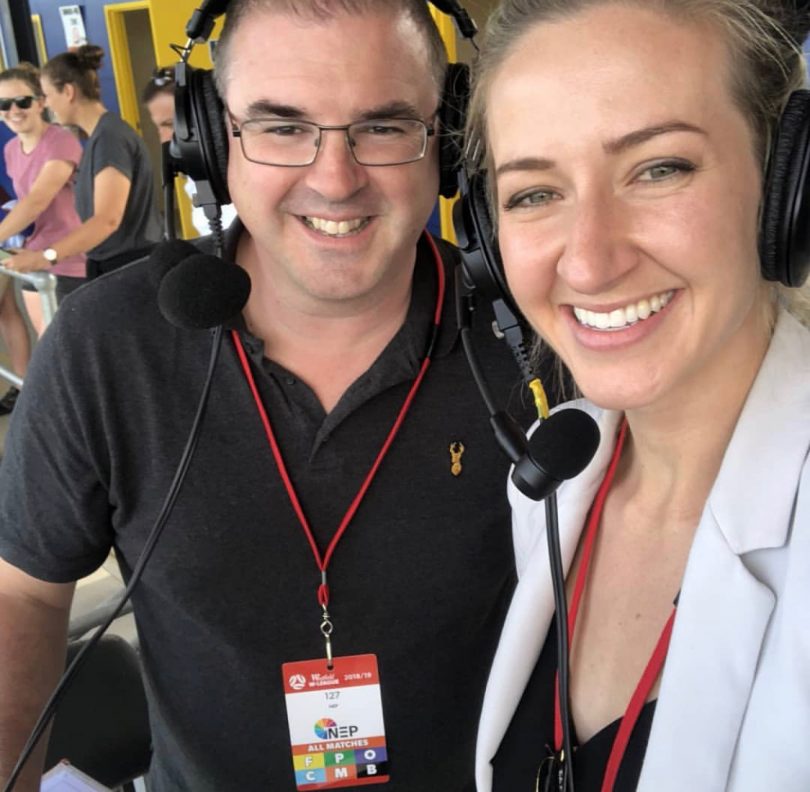 Given there is literally no sport occurring around the world for the foreseeable future, it has forced people to come up with alternative activities to fill the hole in sports fans’ hearts.

Russ saw the opportunity to create this competition in the nation’s capital after he learned that one of his former clubs was part of a whopping 128-club FIFA competition across Wales.

In normal circumstances, the NPL1 competition would be kicking off round one this weekend. Instead, chosen representatives from different clubs will be taking to their consoles to determine the region’s best FIFA player.

The first matches of the competition commenced on Thursday (26 March).

The winner of the Canberra tournament will get the chance to go up against the nationwide Welsh competition winner.

Also on the cards is the chance to face-off with one of Australia’s best FIFA players and E-League star Mouad Zwed.

Players will be competing through PS4 and Xbox consoles with three main competitions taking centre stage on local TV screens.

Twenty-four players will compete in the PS4 doubles (12 teams), 20 players will take part in the single-player format on PS4 and nine will face off on Xbox.

“I thought from a local point of view it would be good to get the clubs involved. Why not get as many people in it as we can and everyone has seemed to really like the idea,” Russ said.

Interest in the initiative was surprising to Russ, to say the least.

“It was more than I ever thought,” Russ mentioned. “I don’t own a console, but I know the game is huge and I thought only a few would get involved but pretty much every club has put their hand up.

“It just goes to show that people want to be involved in something like this and it shows just how important football is to the regional community.

“It’s a way for people to take their minds of things for a little bit and see some good news in the world rather than a lot of negatives.”

Which is why Russ is looking to make it a regular competition for future seasons, to help bring the community closer together, no matter what’s going on outside.

“I have talked about the idea and when we reach normality again we will try to run it as a pre-season event before the next campaign,” Russ said.

“We will try to hire a venue that will have the capacity to have four or five TV screens and we will invite the community to come down to share some food and drinks and support their team over a whole day.

“The plan is to charge a small entry fee to raise money for charity and also maybe look to run it during Kanga Cup week as well so we can get the kids involved.”

Most games will be streamed via twitch so the public has access to watch wherever they are.

To keep track of the competition and show your support, visit the Canberra & Regional FIFA Tournament on Facebook.