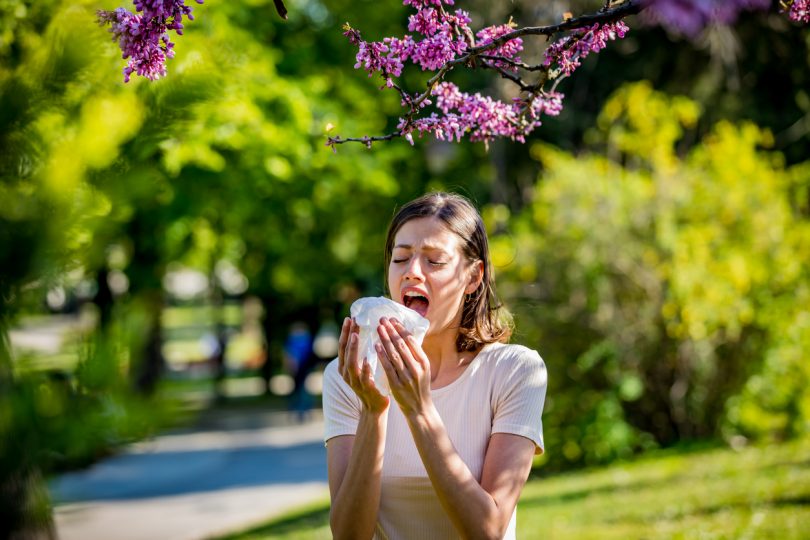 Canberra was an Australia-wide leader for pollen levels this season. Photo: File.

If you have sniffled and sneezed your way through the spring and summer, you are not alone – Canberra recorded pollen levels three times higher than any previous season in more than a decade.

That’s according to records kept by Canberra Pollen Count and Forecast.

Canberra Pollen Count co-creator Simon Haberle said his service has been monitoring pollen levels for more than a decade now, and last season was “unprecedented”.

“This last season was basically off the charts,” he said.

“It was, I think, around three times as much as we’d ever recorded before in terms of the grass pollen.”

“La Nina brought moisture to the east coast of Australia and drove the high levels of rainfall that we’re experiencing and in places like Canberra, that will lead to high grass productivity.” 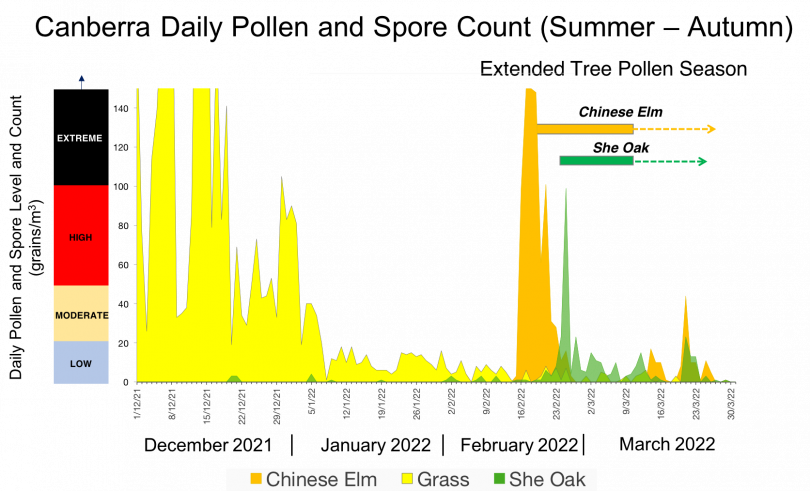 While it was a strong pollen season across the country, Canberra soared above the rest of the states and the Northern Territory as Australia’s pollen leader.

“We don’t have an ocean border so we are surrounded by vegetation and the grasslands around us contribute,” Mr Haberle said. “So, all the pastures from around Canberra towards Yass and out to Goulburn all contribute to the grass pollen coming into Canberra.”

Canberra will now move into its lower pollen period, which traditionally runs from April through to the start of June. Mr Haberle said, outside of this period, Canberrans could still expect some sorts of allergenic pollen in the air.

“There are lots of pollen seasons. The grass pollen season – the main one in Canberra – starts at the beginning of October and ends in early to mid-January,” he said.

“But there’s a lot more pollen in the air than just grass and there’re many tree pollen types that people are allergic to as well. The tree pollen begins at the end of June and goes all the way through to the end of March.

“The trend that we’re seeing is that pollen seasons across the board are becoming longer and stronger and this is a trend we think might continue into the future with climate change.”

I have been suffering, feel like I have a cold constantly.

Vicki Eveille … this explains a lot 😛

Brook Wills I am literally suffering

Oh, so that’s why I keep occasionally sneezing…I knew it!

Ashlee Cornthwaite this is a shock

Allan Wilkinson it just gets ‘worse’ every year 🙄

Amy Clark yup! I have been so out of it due to taking waaaay too many antihistamines!!

Is there a vaccine for this yet? Oh boy I hope this jab has a greater risk of harm than the pollen sniffles itself.

Margarita Tzafaris I feel this in my soul

Yes – been sneezing my head off for days 🤧

Sophie Paine I thought it was getting bad again! Sigggggghhh better go stock up on 5 different antihistamines 🤦😒

You should be ok with booster number 10

Jonah Lafferty Get the map out

Patricia Russell maybe this is my issue

Lydia Cupit we better get stocked up on tablets, or we’ll be sneezing our heads off!!!! 🤣

Caren Bacardi-Bryce 🤣 I have been feeling it so much this week!!! I have had waaaay too many tablets already