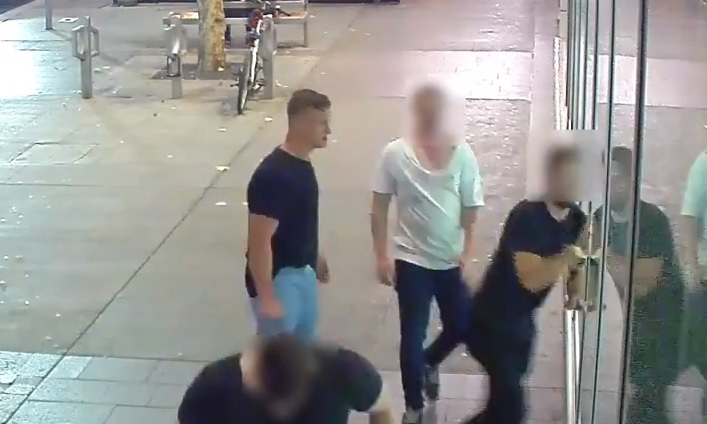 If ever an NRL player was on their last chance at a club it has to be Jack Wighton.

Wighton appeared for sentencing in the Galambany Circle Sentencing Court on Wednesday (14 November) on two charges of assault occasioning actual bodily harm, three counts of common assault, and one charge of public urination.

He was given a two-month suspended jail term, placed on a one-year good behaviour bond and fined $3500 dollars after his wild night out in February.

The NRL’s integrity unit has already fined him $30,000 dollars and suspended for 10 games last season.

Wighton has received a greater penalty than others in the same situation with effectively a double penalty or a triple penalty if you take into account the public humiliation aspect but it shouldn’t take away from the severity of his actions.

I, like many others, found the footage of the incident disturbing as it appeared as though on several occasions Wighton had a chance to walk away.

He is lucky because it could have ended up being a lot worse. As Magistrate Bernadette Boss stated, “ a single blow can kill”.

Wighton showed remorse and apologised to his victims but I have seen this before when footballers realise the consequences of their actions in the cold hard light of day. The worrying aspect of the Wighton situation is that he was so drunk he didn’t remember what had happened and woke up with a shiner.

On the whole, I have found the majority of Raiders players to be very personable and willing to contribute to the community. Some, though, have issues when it comes to alcohol.

I witnessed it with Todd Carney, Josh Dugan and Blake Ferguson.

Wighton at 25 years of age is at the crossroads in his life. He can go one of two ways: he can drink and party in Civic through to the early hours or he can take stock of his life and have a greater realisation of the consequences of his actions.

Rugby League has given Jack Wighton a great deal and now he has a chance to repay the club and the game.

It is great that he has been working with the PCYC but as he has found out the hard way, hundreds of hours of good work in the community can be overshadowed by 90 seconds of bad behaviour.

That ‘boy’, because he ISN’T a man. needs a social kicking.

The NRL as a whole is not doing enough to encourage real manliness!

“……he can drink and party in Civic through to the early hours …….”

It’s way past time to review and curtail trading hours for the alcohol traders in Civic.
I think Jack would agree.

brianf - 16 minutes ago
The stats I've seen suggest about 90% of accidents between cars and 'vulnerable road users' (cyclists and pedestrians) are th... View
paservank - 1 hour ago
...or get rid of all the cars? (an equally stupid and self-centred idea) View
Community 24

Lilly Walter - 19 minutes ago
Wayne Williams, bloody oath they do. More manipulative and cunning women are. If I had the fund or patience to create a men o... View
Wayne Williams - 1 hour ago
Lilly Walter tell that to the recently fatherless young fella in Brisbane, women commit family violence also View
Abbey Snell - 1 hour ago
Samantha there is a non-gender specific sleepbus. I think this is a situation for equity. A large cause of homelessness for w... View
News 15

Jamii Lee - 1 hour ago
So you’d rather the building sit unused for a unspecified amount of time just so a few people (would love to know the figur... View
Property 4

@The_RiotACT @The_RiotACT
Fancy a gooey, sticky, chocolate pudding? How about a cleansing ale or hearty casserole? @CanberraSCC members can help local charities like @karinyahouse with every bite https://t.co/ogAbd4GfVL (23 minutes ago)

@The_RiotACT @The_RiotACT
The ACT will receive up to 3000 more doses a week of the Pfizer COVID-19 vaccine and has begun accepting appointments for a second vaccination hub to be located in the airport precinct. The new centre will open Tuesday week https://t.co/X2SJ2ittyD (44 minutes ago)