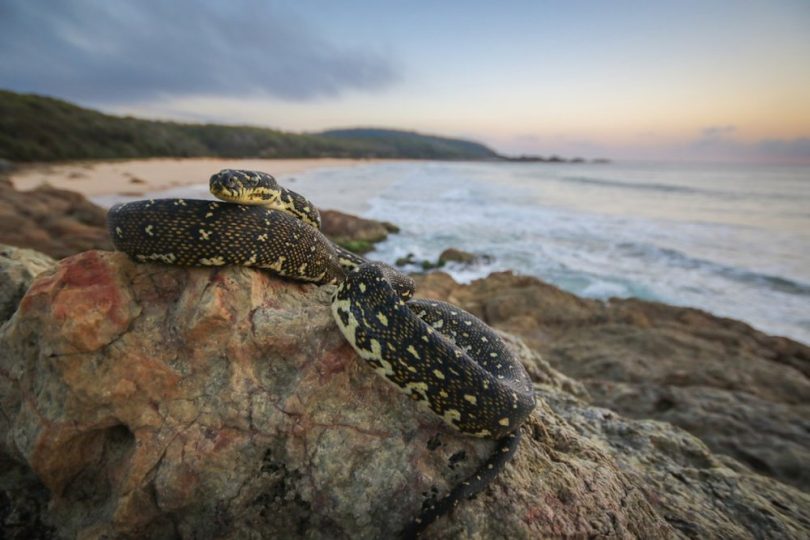 The wonder and beauty of the vast environment that spans the ACT and South East NSW has moved indoors under one roof until April 16.

Fifty-two winning entries from the 2017 Wild Eye and 2018 Canberra Nature Map photographic competitions have been hung at the CSIRO Discovery Centre at Black Mountain overlooking Canberra.

Everything from platypus to pixie parasols, clownfish, to glowing ghost mushrooms, to breaching whales and beetles covered in spikes has been spectacularly captured according to Michael Bedingfield, volunteer administrator with Canberra Nature Map.

“The ACT and South East NSW has an amazing array of stunningly beautiful plants, animals, and fungi,” Michael says.

“Through the innovative cloud-based NatureMapr platform, citizen scientists and naturalist groups have built up an amazing record of the region’s wildlife.” 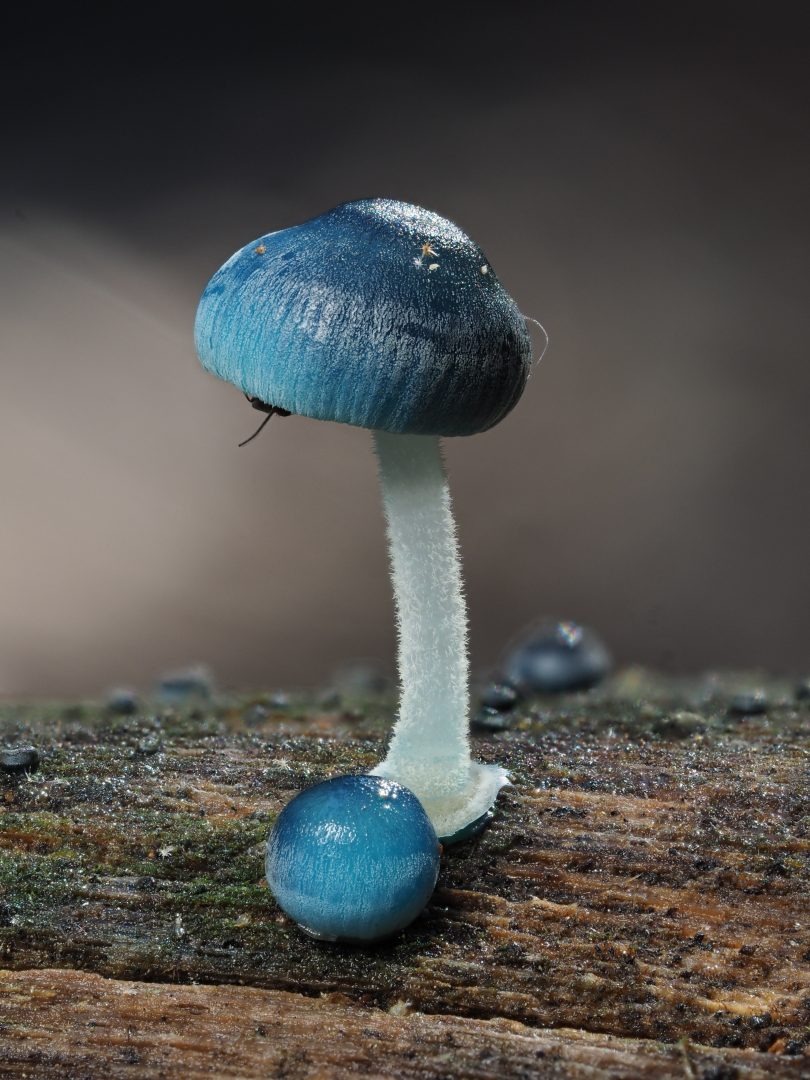 The NatureMapr database is open to the public and features over 1.2 million records of over 7000 local species, in excess of 250,000 wildlife images, mostly captured with the NatureMapr App on mobile phones.

The 52 works on show between now and April 16 are both works of art and a keyhole to the amazing scientific discoveries to be made by exploring our region. 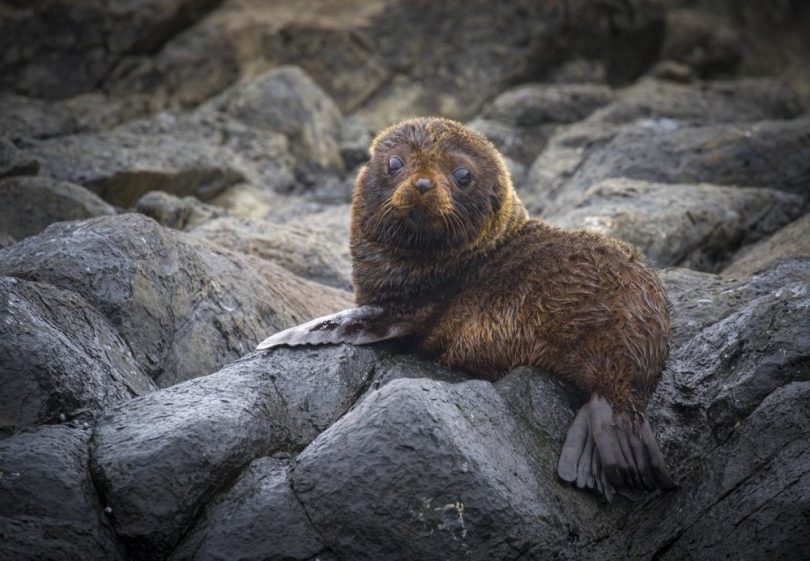 “We now map the location and abundance of most types of wildlife in the Canberra region, in a way that is useful to science and researchers as well as easy and enjoyable for members,” Michael says.

“The website is a venue to communicate and share knowledge in a friendly setting which is run almost entirely by volunteers.

“We also provide the ACT Government with readily accessible and up to date locational information. This is used in decisions regarding the protection and enhancement of Canberra’s natural treasures. In return, the Government provides funding for the website hosting expenses,” Michael says. 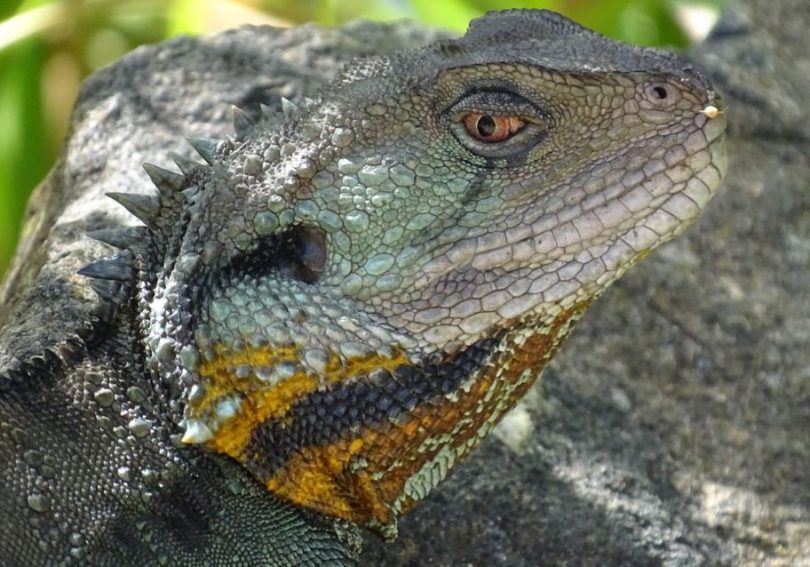 A number of rare species remain on the groups ACT Most Wanted List, with people asked to report any sightings of species including Common Spleenwort, the Rufous Midge Orchid, and the Coconut Ant, among others.

“Your sighting will help direct conservation management to where it is needed,” Michael says. 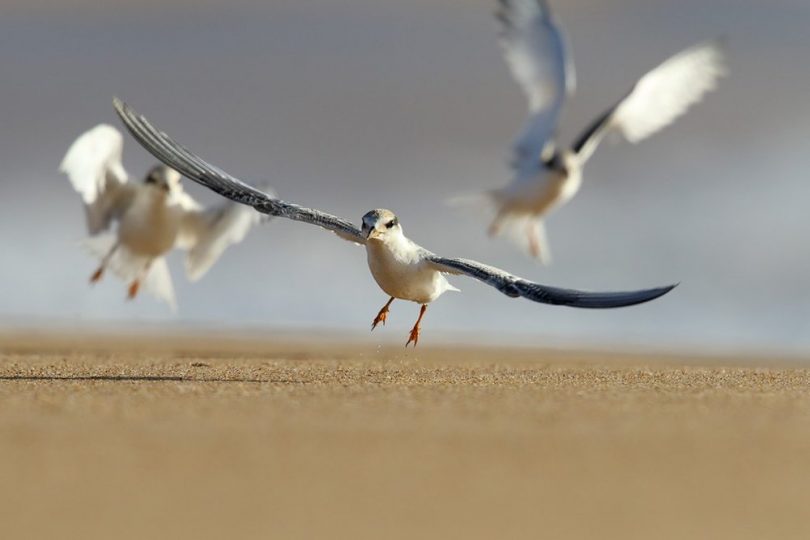 The joy of flying, Little Terns in action at Mogareeka. Photo: Leo Berzins.

The current photography exhibition is a collaboration between the Atlas of Life in the Coastal Wilderness based on the Far South Coast and Canberra Nature Map and runs until May 16 at the CSIRO Discovery Centre, on North-science Road, Acton ACT.

Scott Bell - 50 minutes ago
Ya all Dreaming tax man rules who gonna pay for the Friday’s View
Karen Feng - 4 hours ago
4-day work week. Those that meant 3 of those days are double pay. or does it meant we are paid one day less View
Bianca Rossetti - 5 hours ago
I prefer more flexibility options rather than stating 4 days working.. nsw are looking into school hours changing, maybe this... View
News 8

Maya123 - 3 hours ago
Added: I did some research on this. "Trees listed on the ACT Tree Register are protected. They cannot be cut down or altered... View
Maya123 - 3 hours ago
I wonder if being heritage listed gives extra protection to street trees, or not. View
ChrisinTurner - 5 hours ago
Unfortunately street trees are not covered by the Tree Protection Act as demonstrated around Civic recently. View
News 19

Philip Tan - 4 hours ago
Good on the agents! Some people need to wake up and realise Australia is a capitalist society foremost. Whoever brings more $... View
News 6

Gary Wight - 9 hours ago
Big blocks??? Are you serious? Most People in the northern suburbs are living in mainly 400-600 m blocks or apartments. Any s... View
Breaking 2