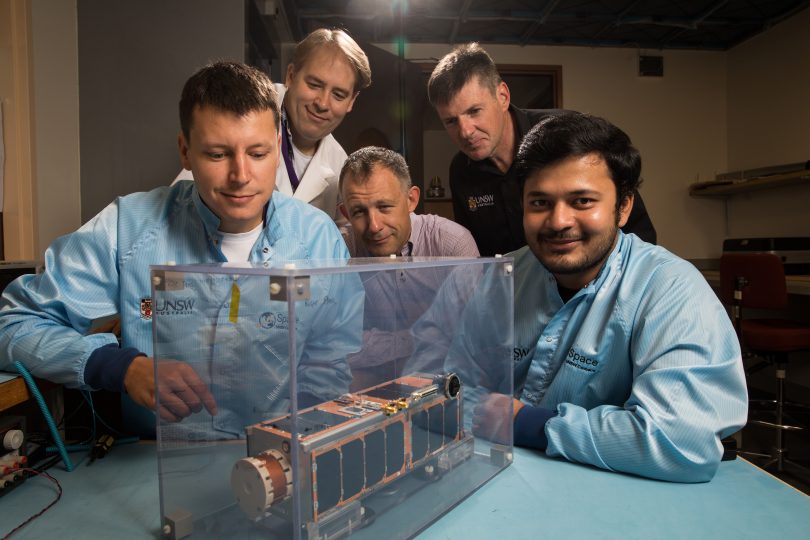 Canberra’s space credentials are gaining momentum with a satellite jointly developed by UNSW Canberra Space and Defence Science and Technology (DST) operating in orbit successfully for more than nine months.

UNSW Canberra says the Buccaneer Risk Mitigation Mission cube satellite launched into orbit from Vandenberg Air Force Base in California last November had performed important experiments as part of a mission that was paving the way for small spacecraft development in Australia.

The ACT Government, ANU and UNSW Canberra are lobbying for the Space Agency to be based in Canberra, and last month they came together at the National Space Test Facility on Mt Stromlo in a show of force for it to be located in the national capital. 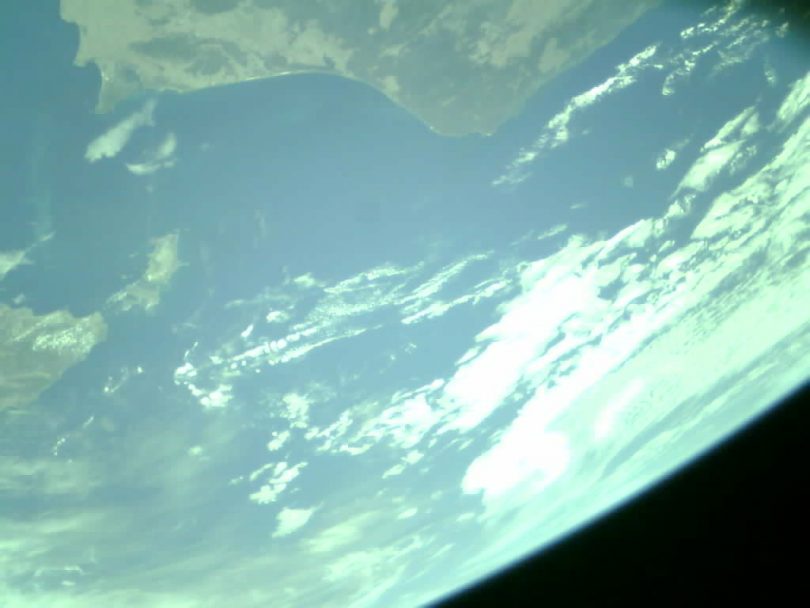 A partial view of Australia from Buccaneer. Photo: Supplied.

“Shortly after the launch, the satellite was successfully commanded from Australian small satellite ground stations at DST and UNSW Canberra Space, which have shared daily communication with the spacecraft over the subsequent months,” Professor Boyce said.

DST mission supervisor Dr Coen van Antwerpen said the satellite had successfully deployed its three-metre, X-shaped antenna that is part of the novel DST Group developed and designed payload and one of the core pieces of technology, which will be used in future Buccaneer missions.

“Now that the flight operations and experiments planned for the main part of the mission have been successfully completed, the mission is moving into an extended operations phase to obtain additional valuable information on the on-going performance of the spacecraft,” Dr van Antwerpen said.

“Following that, experiments have been conducted that extend the state-of-the-art for small satellite space situational awareness and test key technologies in preparation for a follow-on mission, in which DST will perform calibration research for the Jindalee Over-the-Horizon Operational Radar Network,” he said.

“The international ground-based Falcon space surveillance telescope network, including UNSW Canberra’s node of that network, has been used to collect considerable amounts of data on Buccaneer’s attitude in Low Earth Orbit. This data will support UNSW Canberra Space’s research in the science of space situational awareness.”

On its way: the NASA launch in November. Photo: Supplied

Professor Boyce said the mission had demonstrated capability and credibility as UNSW Canberra proceeded toward the RAAF-funded M1 mission, to be launched later this year.

“Our lessons learnt from this mission will be integrated into future spacecraft developed here at UNSW Canberra Space,” he said.

Buccaneer is one of a number of funded satellites at UNSW Canberra Space, with a further three currently in early development.

The satellites will play an important role in gathering data and demonstrating space-based capability ranging from remote sensing to secure communications, to help meet Australian and international needs and opportunities on the ground.

Got a passion for space? Canberra Deep Space Communication Complex wants you