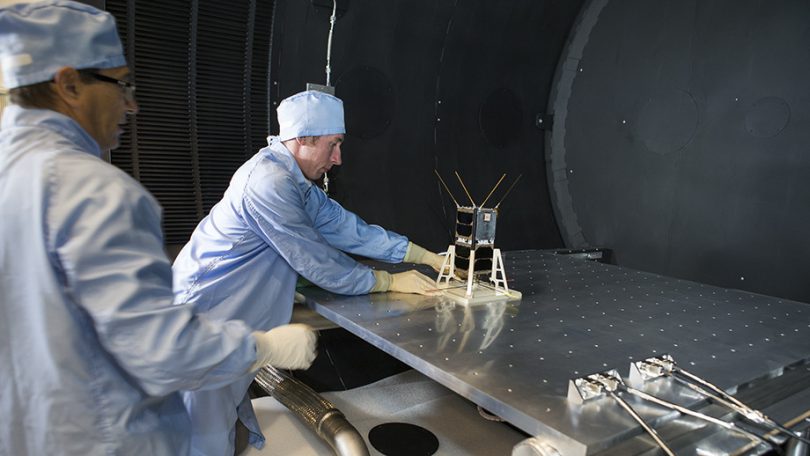 Announced by Chief Minister Andrew Barr on Friday (27 July) at Mount Stromlo, the funding is part of the ACT Government’s push for the new Australian Space Agency to be based in the ACT.

The ANU facilities provide researchers and industry with satellite pre-launch testing and will play an important role in the growing multi-million dollar space industry.

ANU Vice-Chancellor Professor Brian Schmidt AC welcomed the funding commitment from the Government to the University’s Advanced Instrumentation and Technology Centre (AITC), host of the national facility for space-flight testing.

The ANU is home to key national space resources and has capabilities to support the new space agency with broad expertise from science through to law and policy.

“As Australia’s national university, we are pleased to be able to bring together talent and resources from across the country and internationally to boost Australia’s space effort,” Professor Schmidt said.

“We have a proud history of working on space technology and being an important player in many space missions, and we have built collaborative international partnerships with agencies including NASA and the European Space Agency.

“We look forward to continuing our strong partnership with the ACT Government to help build a sustainable space industry in Australia.” 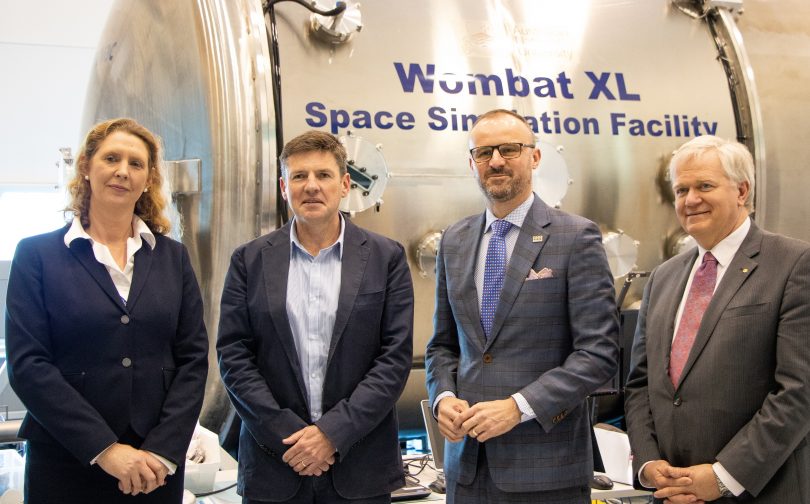 Director of the AITC, Professor Anna Moore said the new investment from the Government would help businesses nationally to explore ways to advance Australia’s space activities.

“We look forward to collaborating with new partners and providing entrepreneurs and innovators with access to our facilities and expertise,” Professor Moore said.

Chief Minister Andrew Barr said Canberra had a compelling case for the space agency to be based in the national capital.

“This investment will ensure that these world-class facilities are available for all participants in the space industry, and will further enhance our suitability as the permanent home of the Australian Space Agency,” Mr Barr said.

He said Canberra had a high concentration of space industry organisations with extensive technological capability and world-class research.

Mr Barr joined Professor Schmidt, Professor Moore, and Professor Michael Frater from UNSW Canberra at the National Space Test Facility for the announcement and a show of force for the space agency to be located in Canberra.

He said Canberra, at the heart of national policy and with almost one in four Australian space industry jobs, could drive the growth of the space industry across the country.

“We are the home of the next generation of researchers, engineers and scientists that will support the future growth of the industry,” he said.

Ashley Wright - 15 minutes ago
Evan Hawke that’s what happens when you are a new area and you get (most) of that stuff during construction. You mention th... View
Lifestyle 7

Danny O'Donnell - 16 hours ago
Lynda Bailey Daniel would have that tucked away 💵💵😜... View
show more show less
*Results are based on activity within last 7 days