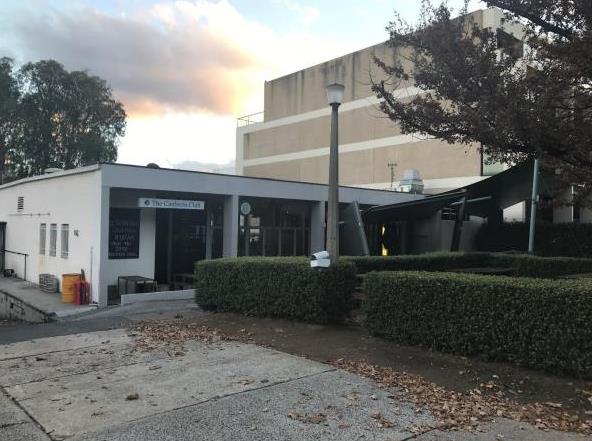 The Canberra Services Club has applied to remove the concessional status of another crown lease, this time for the site of the Club’s building in Barton to which it eventually moved after the 2011 fire which burnt down its Manuka headquarters.

The Club has already applied to deconcessionalise the 2,500 square metre site of the former club building on Manuka Circle, drawing criticism from community groups concerned at the loss of community land and what they saw as gross undervaluing of the prime site.

Removing the concessional status will allow the Club to sell the property or to redevelop it. A sale would generate a windfall gain to the club with the current valuation of $250,000 meaning it would cost the club only $125,000 to change the lease.

The Club has also floated the possibility of a $45 million mixed-use redevelopment on the Manuka site.

A change in the lease status of the 1,090 square metre Barton site in Blackall Street, which the Club bought in 2015, would also free up it up for sale or redevelopment, and it has been valued at $275,000.

The site of the former Rugby Union Club, it is occupied by a split level two storey commercial building, which the Canberra Services Club operates as a club.

The Services Club said when buying the RUC that it would be a temporary measure until the future of the Manuka site was resolved.

President of the Kingston Barton Residents Group Rebecca Scouller said that although the valuation of the smaller Barton site was greater per square metre than that for Griffith, it was still ‘incredibly cheap’ if the variation was approved to allow redevelopment.

But she said the applications highlighted a broader planning issue across Canberra that needed to be reviewed more holistically, not only the loss of community land but also who the real winners are with lease variations.

“Once the variation is approved, there is no obligation for a club to provide a community service at the site. I also think there is little enforcement by the ACT Government if they offer to offset it elsewhere and this doesn’t come to fruition,” she said.

“The Club is talking about now having two active locations – Griffith and Barton – within a stone’s throw of each other.”

The Auditor-General, Dr Maxine Cooper, intends to inquire into crown lease variations as part of the 2018-19 audit program.

She will assess the effectiveness of the Environment, Planning and Sustainable Development Directorate’s administration of the crown lease variation process, focusing on the approval process; determination of charges; and execution of changes to leases.

Pauly Berger - 2 hours ago
Fantastic concept, visionary thinking your community should be embracing, congratulations AFC View
Gordon Arthur Truesdale - 3 hours ago
Good one!, Garry, when the machines were first mooted, I asked Lionel James about them, suggesting they would take over the c... View
Denise Bourke - 3 hours ago
Not a blessing for those supposedly buying the homes for aging. Very creative and imaginative but hardly a good match. View
News 12