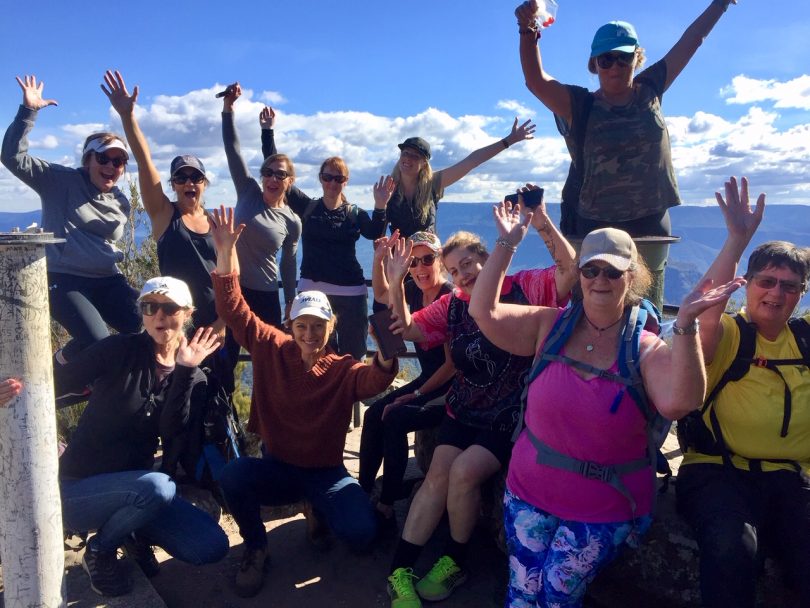 Females in the ACT are now living to 85.3 years, which is a rise of 1.3 years from figures in 2008, according to the Australian Bureau of Statistics. Photo: File.

Canberra women are among those with the longest life expectancy in Australia according to the latest figures released by the Australian Bureau of Statistics (ABS).

ABS Demography Director Beidar Cho said reasons for improvements in life expectancy include, but are not limited to, improved health services, safer working environments, and medical and technological advances.

Ms Cho also said that in recent years, life expectancy for males has improved at a faster rate than that for females.

Female life expectancy has increased by 0.3 years during the same period, and by 1.2 years in the past decade.

Australians have a higher life expectancy than similar countries, such as New Zealand, the United Kingdom and the US.

According to life expectancy estimates produced by the United Nations for the top ten countries, Australia has the sixth-highest male and female combined life expectancy in the world.

And for those Australians who make it as far as the traditional retirement age of 65 years, males can expect to live a further 19.9 years and females a further 22.6 years.

The Northern Territory recorded the lowest life expectancy for both males and females (75.5 years and 80.2 years, respectively).

Despite this, male and female life expectancies in the Northern Territory showed the greatest gains of all the states and territories over the last decade (2.9 years and 1.8 years).

A commenter below mentioned it’s because people in the ACT are rich, so maybe I’m dying tomorrow we will see😂

Amber Weir so many reasons to come here right!?

Annette Collins bad news for you, we’ll still be around for years yet!

Same with drinkers. Problem is, how will the government cover the decline in sin taxes?

Mia Wijk, you have to put up with me for another 30 plus years.

Leigh Roux bummer for you eh

Kerry Roberts we will be do more hiking 🥾

Safest roads in Australia... If only Canberra people could actually drive, it would be in the 90s... 😳

only goes to show clear relationship between wealth and health

Bring it on ash. Xxooxx

Gloria Hodgekiss your nearly there already!! 👍

Kellie Yarrow - 26 minutes ago
Cristina Schaffer brings a smile to everyones day i reckon 😊 View
Beth Gardner - 38 minutes ago
Irene Kendall these have been popping up around her too. It’s really cute and always makes me smile ☺️ View
Michael Taylor - 49 minutes ago
Hayley Agostino Helen Agostino Debbie Taylor for Harry... View
Motoring 43

Timothy Bailey - 1 hour ago
I love letting it make its decisions, which also leaves more of me left over for the task of driving. I did try putting it in... View
Motoring 5

Graeme Tyers - 2 hours ago
James Forge will be interesting to see the next gen. 3lt petrol or diesel, RWD (potentially AWD) and a hybrid option... View
Dennis Williams - 3 hours ago
Love the styling totally agree the Mazda6 is a fantastic piece of design but when I test drove it many years ago I couldn't b... View
Opinion 5

scott123 - 3 hours ago
This would be a great boost to the Canberra community as a whole. Particulary to all the bussiness that have suffered as a re... View
nobody - 3 hours ago
Ha, this part of the proposal has more spin than a burnout, “and would be carbon-neutral and environmentally sustainable”... View
TimboinOz - 3 hours ago
Despite the assumption that Barr & Rattenbury would hate the idea, I and many other Canberrans would support it and attend. F... View
News 5

bikhet - 4 hours ago
The first sign of admitting, as NSW and Vic have done, that lockdown didn't work this time. It may have the first time around... View
Feedback - 5 hours ago
Just to note: Victorian Premier Daniel Andrews explained today the plan for when Victoria reaches its 80 per cent vaccination... View
News 4

judesh - 4 hours ago
Thank you for this article. As one of the beneficiaries (10 years) of the very successful, and irreplaceable, aqua program, m... View
Ross Buchanan Young - 5 hours ago
Well said! The aquafit programs have been my fitness mainstay over several years, as I contend with osteoarthritis. I see no... View
tino - 5 hours ago
I must congratulate AIS for the way it announced its close-down, it's a master stoke in PR. The strategy of minimizing the ne... View
Community 1

Tramcar Trev - 5 hours ago
Can Ken Behrens visit during lockdown? View
show more show less
*Results are based on activity within last 7 days

The promise of better light rail access to the Mitchell business hub is now a reality with services commencing on...
Community 40

@The_RiotACT @The_RiotACT
The sentencing of a former prison guard sheds light on what happens when a person once responsible for supervising detainees in jail finds themselves locked up behind bars https://t.co/5MrFGwKbGT (37 minutes ago)