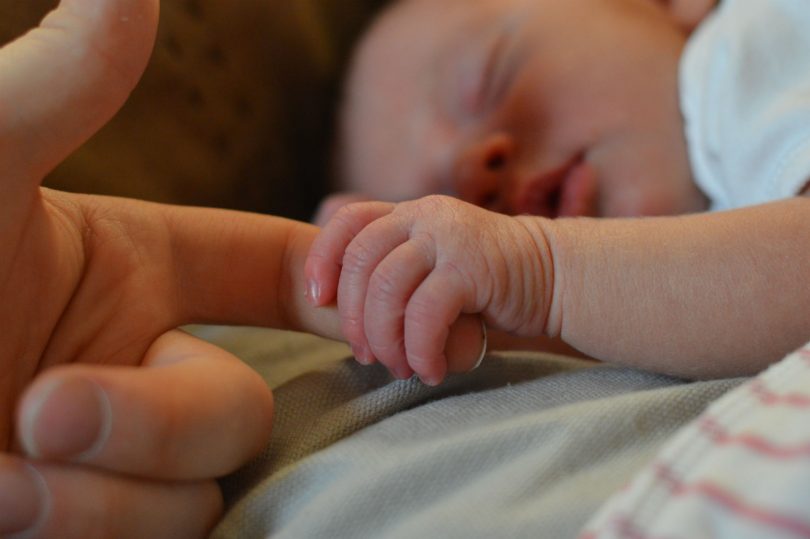 Have you thought about naming your baby after your favourite TV character? Cersei or Joffrey has a nice ring to it. File photo.

Canberra parents love to name their kids after royalty. Think of enduring favourite William, Canberra’s most popular boy’s name last year, which has made it to the top 10 list of ACT baby names for the past two decades.

Or 2017 and 2015’s favourite girl’s name, Charlotte, which spiked after the birth of Princess Charlotte of Cambridge, the second child and only daughter of Royal couple William and Catherine.

But in the last decade, a new royal name has taken the imagination of a particular Canberra family – but it’s a name not from this world.

According to Access Canberra, at least one little girl in the past decade has been named Daenerys, after the fictional Targaryen queen from George R. R. Martin and HBO’s television series Game of Thrones.

Since the first episode of the popular show was aired on 17 April 2011, 19 local babies have been registered sharing names with popular characters from the series.

Popular figure Arya (of House Stark) is the most popular ACT baby name from the show and the name Daenerys has been registered in the ACT.

Due to anonymity reasons, Access Canberra would not disclose specific numbers of birth registrations because only a few of these names have been registered.

Luckily, little Dany’s parents didn’t give her full title of “Daenerys Stormborn of House Targaryen, First of Her Name, the Unburnt, Queen of the Andals and the First Men, Khaleesi of the Great Grass Sea, Breaker of Chains, and Mother of Dragons” otherwise the name would have been knocked back.

Access Canberra’s baby name registrar is guided by relevant legislation which provides a definition of a prohibited name, including names that could be offensive or resembles an official rank or title.

For example, ‘Prince’ or ‘Princess’ are prohibited because they resemble an official title or rank. When parents try to register a prohibited name, the family are contacted and encouraged to find a suitable alternative.

So far in 2019, a total of 3,166 births have been registered in Canberra, with Harper and Zoe tieing for the top spot on girls names.

The everpresent Charlotte makes an appearance at number three while last year’s most popular name Amelia comes in fourth place. Chloe, Grace, Abigail, Matilda, Sophie and Ava round out the top 10.

Oliver, Jack and Noah are the three most popular names given to Canberra baby boys in the first six months of 2019, while William – which even made it onto the top 10 list of ACT baby names back in 1950 – comes in at number four.

You were ahead of the pack again Torsie!

Elizabeth Simpson shock horror - neither did I...

I loved the show.... but seriously?

One of the prohibited names is Duke. I’m friends with Duke Didier who was born before self government when the prohibition came into effect. I went to school with his Dad (Geoff Didier who played with the Wallabies) and Duke was the nickname we gave him.

Slobodan Paunovic - 37 minutes ago
Michael Cameron POLETITIONS AND experiments by scientist is killing people and it will destroy the world soon.. View
Brooke Jane Good-oloughlin - 5 hours ago
Jean Davies super healthy but my standards are to high to be a poster girl. Thanks though! View
Malcolm Campbell - 7 hours ago
Bill McIntyre the science of climate change is not settled or there would be no debate. The climate is changing as it has and... View
News 11

Elizabeth Mulholland Porritt - 59 minutes ago
The pilot should be well aware of the static risk of landing his aircraft! Known issue, not something isolated to this aircra... View
Opinion 7

Patricia Bourke - 2 hours ago
It’s disgusting. We have the money that just on things like Corman to fly around the world I know that’s federal but the... View
Fergus Thomson - 23 hours ago
Bek Clark I dunno about that, but after a series of operations, nurses are my heroes - I couldn't do what they do daily (incl... View
Property 5

steveu - 14 hours ago
Rego is a small part of the charge we get each year - most of it is insurance. View
News 3

Maya123 - 23 hours ago
Plastic is a huge amount of waste. McDonalds say they are going to phase out plastic cutlery by year's end, saving as much as... View
Elizabeth Martin - 23 hours ago
All these comments that indicate they couldn’t even read the headline. It’s for public events - ie Floriade, Enlightened... View
News 6

Michael McDonald - 24 hours ago
Oh. 10 million. Thatll do heaps View
Louellyn Violet - 24 hours ago
Better goto replanting the damage View
Brent Hunna - 1 day ago
Maybe they could use it to rebuild those homes in NSW they lost because of this fire that jumped the border. View
News 6

Canberra is in for a big weekend, with TEDxCanberra presenting a fascinating talk on Sunday, the Trading Card Fair and...
Breaking 0

UPDATED 12:20 pm: The frantic efforts of neighbours and emergency services were not enough to save a 70-year-old woman who died...
*Results are based on activity within last 7 days

From a humble mid-afternoon working class pick me up; high tea evolved to become an elegant afternoon soiree infamous amongst...
Community 23

Five new and improved playgrounds in Torrens, Higgins, Waramanga, Richardson and Narrabundah will give Canberrans more areas to play and...
News 18

@The_RiotACT @The_RiotACT
Vincent van Gogh's famous Sunflowers painting will appear during an exclusive Canberra season at the National Gallery of Australia next year https://t.co/pFAYE64Apg (41 minutes ago)

@The_RiotACT @The_RiotACT
Buy local and help your community's small businesses this Christmas, says a campaign urging us to Go Local First with our shopping dollars https://t.co/yRiIDzs8r3 (2 hours ago)

@The_RiotACT @The_RiotACT
On the oldest continuously farmed property in the ACT, the future is in the hands of a new generation. We find out what that future looks like https://t.co/9rPPFx6TVE (4 hours ago)