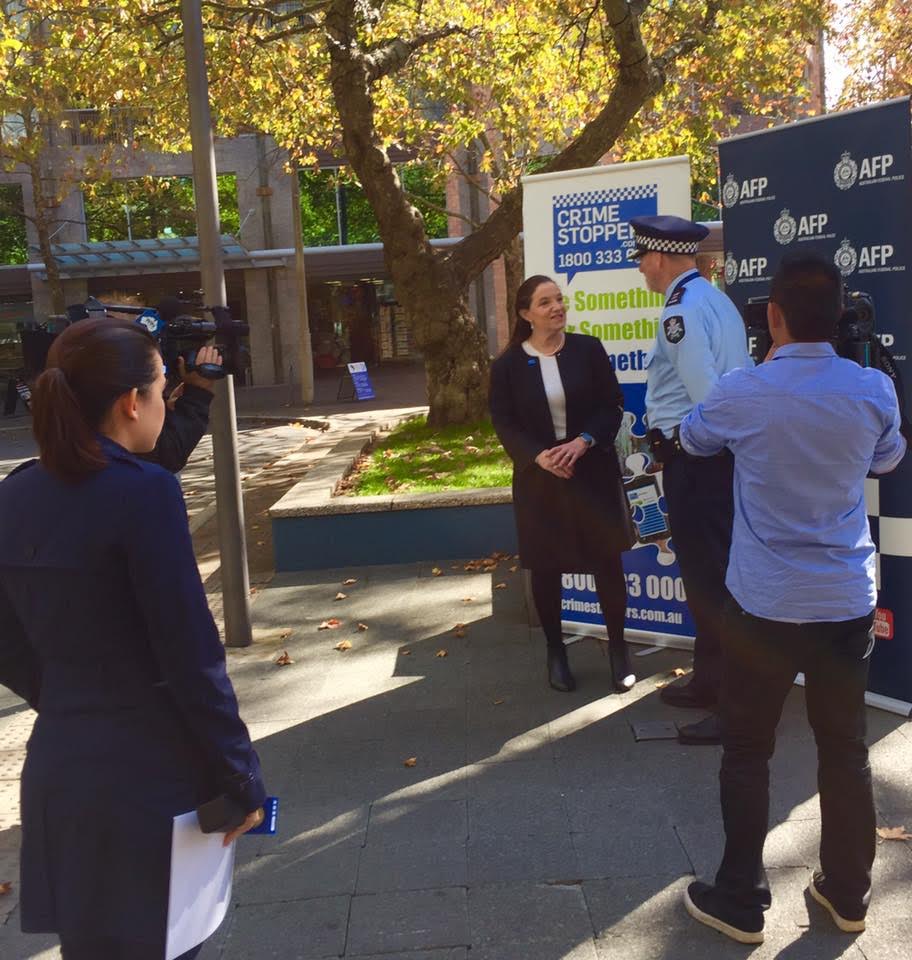 Canberrans made over 14,000 calls and over 3,460 online information reports to Crime Stoppers last year in an effort to make the community safer.

The reports are seen as a vital investigative tool for ACT Policing in detecting and preventing crime – as well as leading to arrests.

Figures released by Crime Stoppers show that community information provided to the organisation last year helped to apprehend more than 7,000 criminals across Australia – or around 21 per day.

This week Crime Stoppers ACT is running a series of community events to mark Crime Stoppers Week and to further educate Canberrans about the organisation’s vital role in law enforcement.

“As a community-based organisation, Crime Stoppers is the trusted link between the community, the media and police. We need your support to achieve a safer community, and everyone can help.

“Something that may appear small or insignificant could prove vital to an investigation. One piece of information can help to solve – or even prevent – a crime,” she said.

“Crime Stoppers is a vital investigative tool for ACT Policing, providing the opportunity for members of the public to report crime anonymously online or by calling 1800 333 000. This allows our officers to detect, reduce and prevent criminal activity,” said Acting Deputy Chief Police Officer Stephen Turnbull.

Ms Forrester said that all Australian states and territories will be celebrating Crime Stoppers week with a range of activities aimed at showing appreciation to the community for coming forward with information to help solve crime.

This is the first year Crime Stoppers ACT will be running community events, with activities including a colouring competition, an online scavenger hunt and a public event in Garema Place on Thursday 18th between 10 am and 3 pm. To get involved or find out more please visit CrimeStoppersWeekACT.com.au.

Crime Stoppers is a not-for-profit organisation aimed at building safer communities. Canberrans who see anything or know anything of concern are encouraged to call Crime Stoppers on 1800 333 000 or to make a report online at act.crimestoppers.com.au. Information can be provided confidentially.

Have you ever called Crime Stoppers? Do you think it made a difference? How important is Crime Stoppers in making Canberra safer? Let us know your thoughts in the comments below.

Jackie White - 14 minutes ago
Just yesterday, in Civic, when I was stopped at a red light, a cyclist zoomed up in between the cars , shot through the red l... View
Jackie White - 16 minutes ago
Jill Worrell Agree. The cyclists who show the courtesy of ringing a bell and few and far between. View
David Brown - 2 hours ago
No they don’t get a “fair” go. They are treated way more generously than motorists; the people who actually pay to use... View
Opinion 149

Philip Howe - 14 minutes ago
What link? View
Dianne N Chuck Falzon - 2 hours ago
Agree with you David 🇦🇺 👍 View
Jenny McInnes - 2 hours ago
Rowan Hartcher as are many non indigeous, that is a fact!! So what has that got to do with changing the date? Do you have any... View
Opinion 9

Acton - 25 minutes ago
The hypocritical Victorian government is endorsing this elitism by allowing international tennis players in, but closing bord... View
Adam Jovanovic - 29 minutes ago
No its not this Australia sport players are who we worship along with alcohol View
Phil Andrews - 1 hour ago
‘Statesman’, ‘our’, Ian Bushnell what are you smoking...? View
Opinion 51

Peta Siebert - 11 hours ago
Kris Doph 2003 fires was caused by a lightening strike. The fire started in NSW and the NSW RFS left the fire to burn until i... View
Robyne Mitchell - 15 hours ago
What about the people who lost their livelihoods and houses as a result of this fire? View
Food & Wine 31

@The_RiotACT @The_RiotACT
What's happening at the One City Hill site? Find out why a crane has been installed https://t.co/GQGdVlwgI7 (55 minutes ago)

@The_RiotACT @The_RiotACT
A dragway gets the thumbs up from many of you. And on road matters, this week's poll asks if cyclists get a fair go on Canberra's roads? https://t.co/EC199gbmZv (14 hours ago)