Canberrans the most physically active in Australia 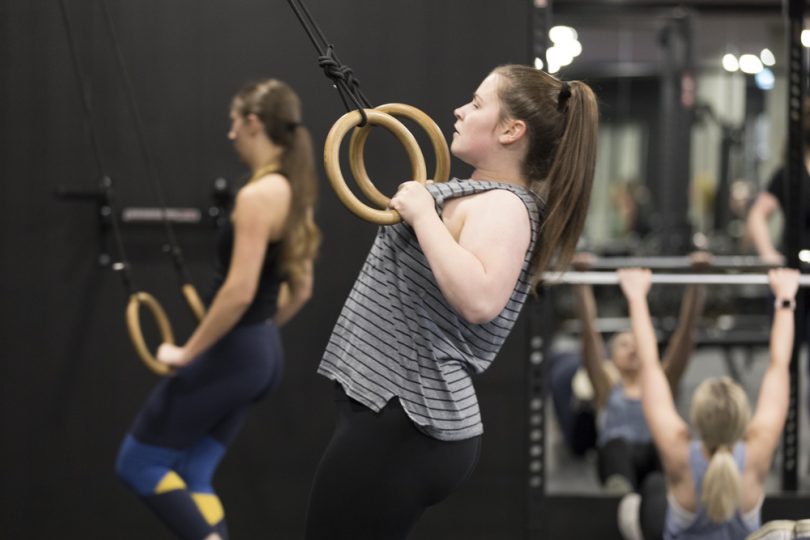 ACT residents are the most physically active in Australia, according to Sport Australia’s latest AusPlay survey, which measures exercise habits across the country.

In the last financial year, almost 88 per cent of Canberrans over 15 said they played sport or exercised at least once a week, above the national rate of 82 per cent.

The ACT also topped the list for playing sport or exercising at least three times a week, with almost 70 per cent of adults saying they get out and about frequently, above the national average of 63 per cent.

“The latest AusPlay results show that almost 13 million Australians aged 15 or over participate in sport or physical activity at least three times a week. Almost 60 per cent of Australian children are active at least once a week in organised activities outside school,” Ms Palmer said.

“We want to see that increase because we know the physical, mental and social benefits that being active provides.”

Worryingly, 10 per cent of Australians don’t engage in sports or physical activity each year. Australians are being encouraged to exercise for at least 30 minutes a day, with kids being urged get outside and be active for at least an hour each day.

“The Australian Government’s national sports plan, Sport 2030, has set a long-term goal for Australia to become the world’s most active and healthy nation. We have accomplished a lot so far, but there is far more to do if we are to continue to get Australia moving and achieve our vision,” Ms Palmer says.

The key is to find something you enjoy, Ms Palmer says.

AusPlay shows that recreational walking continues to be the most popular activity across the nation, with almost 9 million Australian adults making it a staple of their exercise regime.

Walking is also a favourite for Canberrans keeping active, with fitness or gym work, running, cycling and swimming rounding out the top five.

The Northern Territory consistently underperformed across the board, coming last in every category, and well under the national average.

There is a strong correlation between socio-economic status and physical activity, which helps explain why urban areas have higher rates of activity then more remote locations.

More information and a more detailed breakdown of the statistics can be accessed here.

Daniel Duncan - 12 minutes ago
Some of the lights are women wearing pants. View
Opinion 34

Rob Thomas - 3 hours ago
you wish to retire somewhere no one wishes to live? well good luck with finding services there. View
What's On 10

Leanne Kerri Pascoe - 4 hours ago
It should be legal when you are unable to care for your self. View
jorie1 - 12 hours ago
Well said Chewy14. Certain people cannot just change the Constitution because they feel like it or think it will work better... View
Community 9

Karen K Holliday - 5 hours ago
Lucy Long it will be sad to see it go but I’m excited for a new bridge. View
Steve Tsiamis - 8 hours ago
John Bosch I lock myself at home on these weekends. A short walk for a fish down at Cullendulla. View
John Bosch - 8 hours ago
Yep. Hopefully the traffic won't be backed up half way to Mogo like it was yesterday afternoon. View
Food & Wine 111

Maya123 - 5 hours ago
That's how I felt when I used to rent. I could only afford very cheap rent. I put on extra clothing in winter and would rathe... View
jorie1 - 6 hours ago
Rates and land tax are huge amounts of money. The ACT government only cares about making money. On my small property (it's an... View
bj_ACT - 6 hours ago
My niece is the second person I’ve had recently complain that they have ended their long term cheap lease due to required p... View
Community 2

Shane L.J. Ryan - 11 hours ago
Dorothy Tangney was the first woman elected to the Australian Senate in 1942. Dorothy Tangney Place in Parkes, ACT is named i... View
Lifestyle 3

Lauren Nihill - 12 hours ago
We are all so proud of you Kirrah! View
News 4

keek - 13 hours ago
They are an introduced pest and should not be roaming wild in any case. View
News 76

JS9 - 13 hours ago
Very true JC - as you say a lot of information is given away voluntarily, and with pretty much every phone having GPS in it t... View
JS9 - 13 hours ago
So you turn up to cafes and sit down for a lunch with people who you don't even know their names then CR? Surely across a gro... View
show more show less
*Results are based on activity within last 7 days

For more than 20 years, Rodney Plumb has quietly enjoyed one of the best views in the Eurobodalla, if not...
News 0

The Chinese-Australian man who was racially abused by a school-aged boy in a now viral video has said he does...
What's On 10

Allycorn, the giant pink unicorn from New York, will gallivant around Canberra for the first time this Saturday (6 March)...
*Results are based on activity within last 7 days

Many Canberra renters are suffering through heat waves and cold snaps or paying through the nose to heat and cool...
Best of Canberra 39

Did it start when you hauled those buckets out during a recent storm? Did you hear shaking sounds overhead that...
Food & Wine 18

There’s no chance of sneaking in quietly for a meal at Madam Lu. An ear-shattering “Helloooooo!!!!” rings out across the...
News 28

The developer of the problem-plagued Gungahlin pool has been absolved of liability for building defects, including if further damage or...
Opinion 15

ASADA focuses on parental education to fight doping in sport

Staying fit in a changing climate

Canberrans are a dog-loving, outdoorsy bunch of Green Machine supporters

@The_RiotACT @The_RiotACT
A stunning mural of a Yellow Tailed Cockatoo will soon adorn a blank canvas of a wall in Manuka that the young artist had been eyeing off for years https://t.co/LfDHcuMHHJ (35 minutes ago)

@The_RiotACT @The_RiotACT
Hot in the City: Lilotang in Barton’s Realm Precinct has a revamped interior, a new menu & 70+ varieties of whisky https://t.co/9eDFsw4aQp (2 hours ago)

@The_RiotACT @The_RiotACT
Kambri's student-led exhibition pairs artists with academics from across ANU to provide a unique take on the knowledge & research of the uni https://t.co/YPf4UU0xNF (3 hours ago)