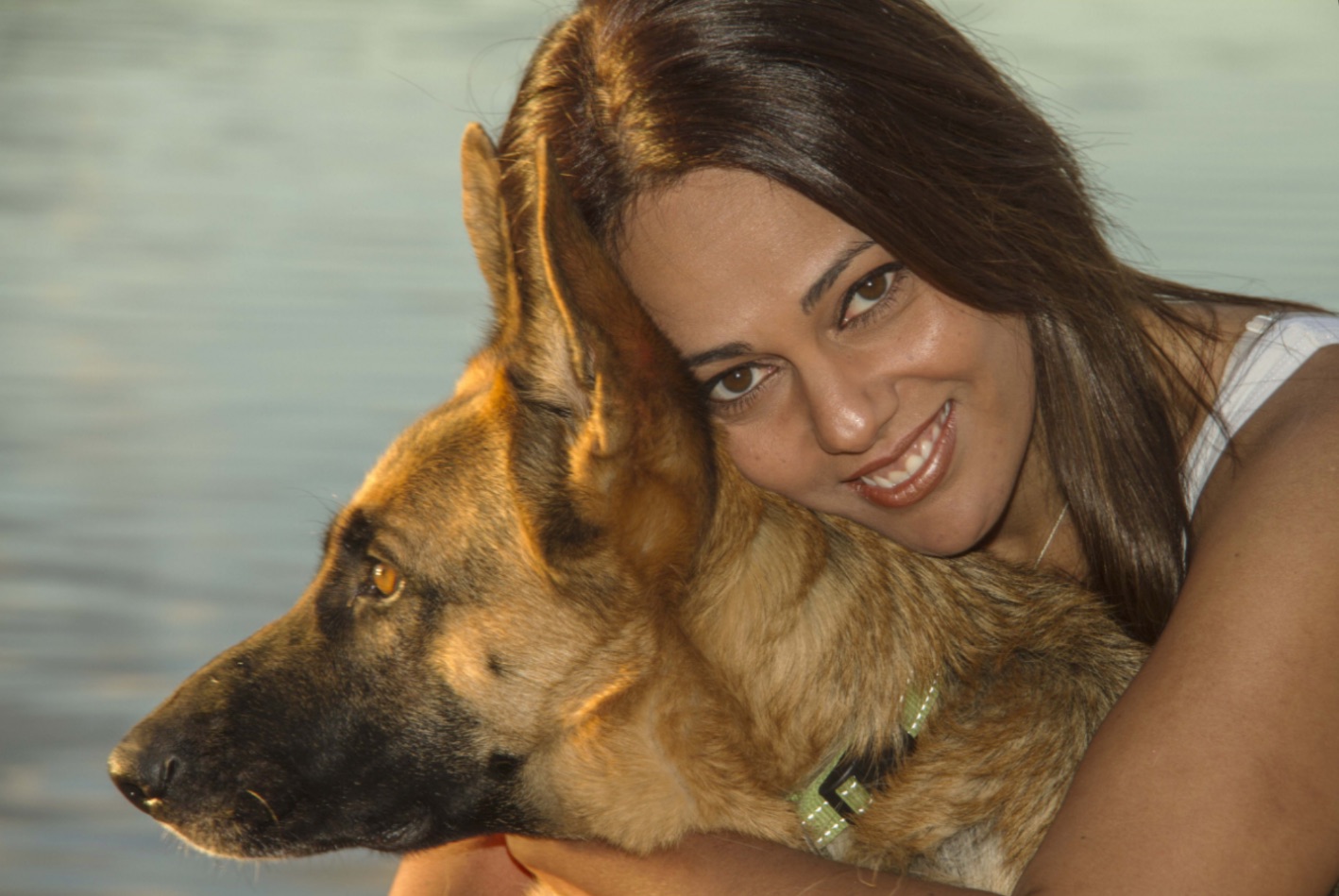 An adventurous Gungahlin vet with a passion for animals and education is hoping to become the next star of ‘Bondi Vet’.

Dr Eloise Koelmeyer is already receiving strong public support for her nomination video made on location in Africa where she has been doing volunteer work with animals ranging from cheetahs and meerkats to warthogs and baboons.

The attractive vet presents the weekly Canberra radio program ‘Pet Tales’ on 2CC and names David Attenborough as her hero. She would relish the chance to also be a television presenter and educate people about animals.

“My entire life revolves around animals and so why not share that with the television screen as well?” Eloise says on her nomination video.

“I think the cornerstone of the veterinary profession is animal welfare – it really does encompass everything. And if we can pass that on to the public then we are doing a great job.”

Eloise says that programs such as Bondi Vet have a wonderful formula for success that involves educating people in an entertaining way.

“Education is everything and I think that with my passion, my media experience, I could be a wonderful asset to this show.”

Eloise grew up in Canberra and has a science degree majoring in zoology from Queensland University and a veterinary science degree from Sydney University, where she graduated with first class honours.

“After graduating, I worked with horses initially, but then moved to small animal practice. I am particularly interested in animal behaviour and feline medicine. But my real passion can be summarised as ‘all things animal’,” Eloise told The RiotACT.

In July 2013, Eloise started work at Gungahlin Veterinary Hospital, which is a modern small animal hospital. As part of her job, Eloise conducts tailored behavioural consultations for dog and cats.

Eloise is obviously loved by her clients (and their owners) if the comments on her nomination video are anything to go by.

“Eloise is a great vet with empathy for all her clients. Eloise is a natural media presenter with a quick wit and great sense of humour. Great people skills and very knowledgeable with an ability to communicate in a warm, friendly, articulate manner,” wrote one of her clients.

“El is an awesome vet and a beautiful person. She cares so much for animal welfare and she will bend over backwards to help every animal who walks through the door.
With her funny and loving personality she would be a great TV vet,” wrote another.

“Eloise has looked after our two schnauzers and our bunnies for years now. She goes above and beyond and is so passionate in everything she does. Eloise is an inspiration and would be perfect as the next Bondi Vet!!” commented another client.

It was Eloise’s clients and supporters who originally nominated her to be the next Bondi Vet following a call out on social media. She was contacted by a producer while in Africa and asked to submit a nomination video.

It was a tricky process for Eloise to make the video but, with some help from a friend back home in Canberra, she managed to do it and to include footage from a few South African locations such as a Raptor sanctuary at Plettenberg Bay, a cat shelter at Knysna and Sabi Sands in Greater Kruger National Park.

“It’s safe to say this is our first nomination video from a safari!” acknowledges Bondi Vet on their Facebook site. “Dr Eloise’s efforts volunteering over in Africa are truly inspiring.” Below is a still photo from the video. 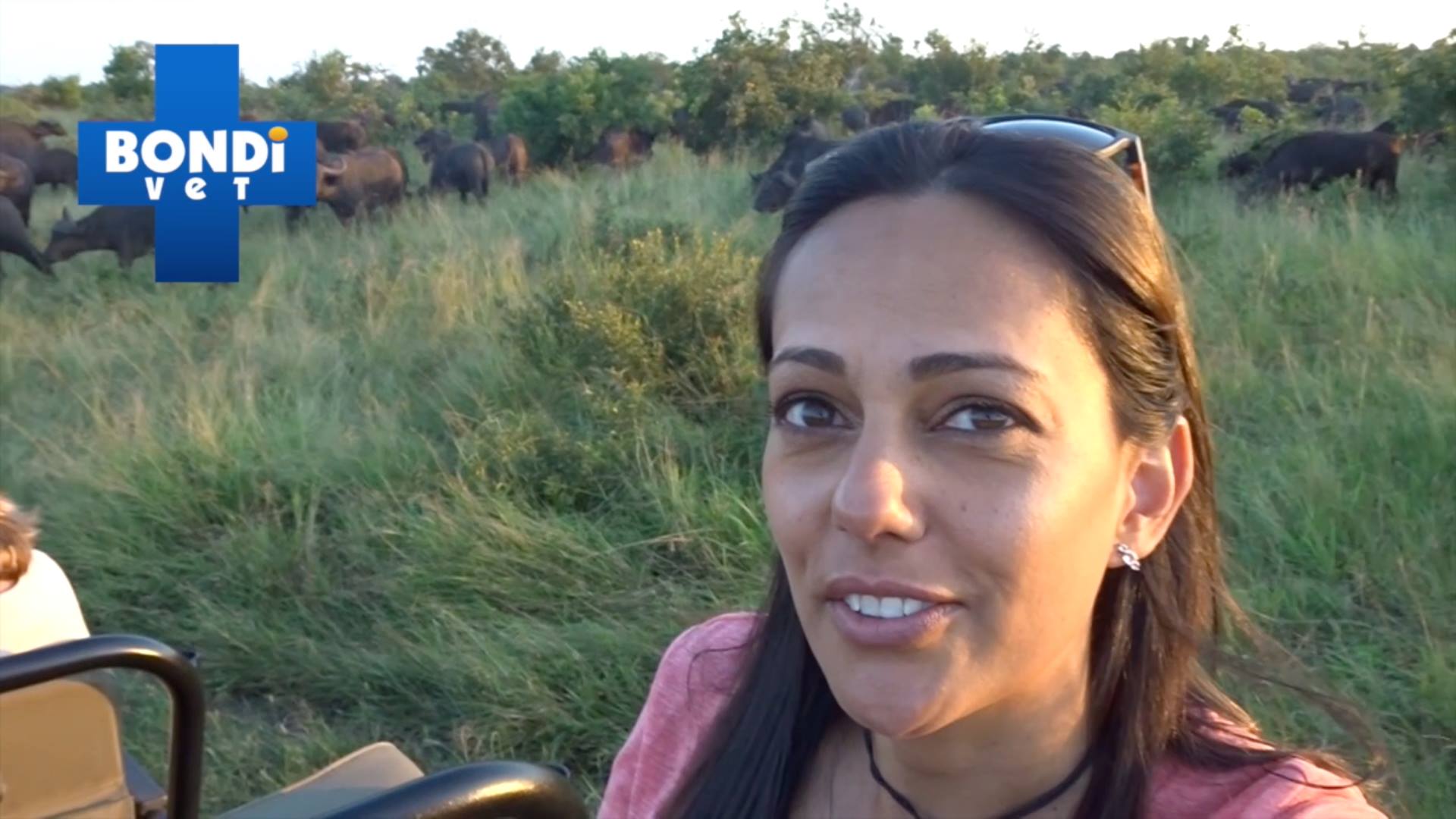 TV production company WTFN Entertainment, the creators of Bondi Vet and The Living Room, have called for the public’s help in their national search for the next star of Bondi Vet.

Director of Content, Steve Oemcke, said the company is looking for an experienced vet who can work on the show or anchor their very own vet series.

“This is a once-in-a-lifetime opportunity for a talented vet with strong communication skills. The person we are looking for must have a proven track record of caring for animals and their owners,” said Mr Oemcke.

“Unfortunately Dr Chris Brown won’t be on the show in the future because he is too busy with his commitments as co-host on “I’m a Celebrity Get Me Out Of Here” and as a travel reporter on “The Living Room”.

“During eight seasons on Bondi Vet, Chris has certainly set the standard for TV vets, so the new Bondi Vet has very big shoes to fill.”

Eloise is hoping Canberrans will “get behind a local” and show their support for her nomination.

Nominations are set to close soon and Eloise has asked Canberrans to also watch out for updates on the selection process to find out how to support her in the next round.

Photos supplied by Dr Eloise Koelmeyer. Below is one of Eloise doing volunteer work in Africa. 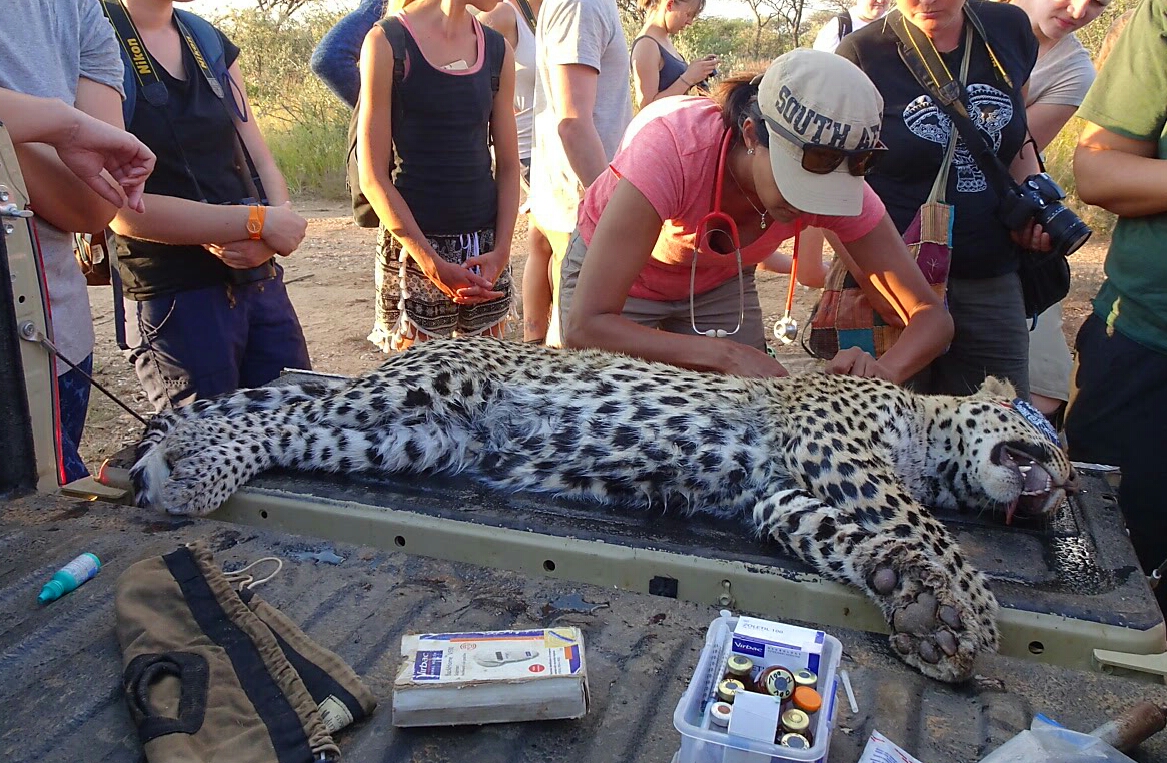 Would you like to see a Canberran become the next Bondi Vet? Let us know in the comments.

Jon Rooks - 3 minutes ago
Kathleen Julia Gill. I see both. The problem with these online debates is people keep making blanket, patently nonfactual sta... View
Forde AE - 16 minutes ago
100 percent spot on. View
Kit Oates - 51 minutes ago
Jenny Graves As I stated categorically above, I can't stand tailgating. Apology accepted. 🙂 Given that you have still not... View
Breaking 15

Acton - 28 minutes ago
Agree. Its broken. The only people who deny its broken are those whose powers of critical thinking are seriously deficient. View
Acton - 32 minutes ago
The more we hear, read and know about AstraZeneca, in Australia and overseas, the more reason there is to hold off until Mode... View
whatwik - 46 minutes ago
FWIW, wife woke next day after her first AZ with a fever and headache - responded very well to a Nurofen and a Panadol, and t... View
Opinion 13

Brindie - 45 minutes ago
Given that our main roads are so congested (Tuggeranong Parkway; Adelaide Avenue) and that our public transport system is so... View
Ol L - 2 hours ago
Canberra. If the traffic gets bad just put in more traffic lights, that’ll work real good…..check out Hindmarsh Drive Phi... View
Deepak Ramanath - 3 hours ago
James Forge Wow, where is this? View
Food & Wine 10

Brindie - 48 minutes ago
The decision to go into voluntary administration is disappointing for NHC clients and their patients. However, the delay in e... View
Dave N Ange Greer - 7 hours ago
Disappointment not only for coombs but all the other nhc practices as well. 😔 View
Breaking 1

Dom Polegubic - 3 hours ago
This is a good link to an intro to Croatian wines: https://winefolly.com/deep-dive/introduction-to-croatian-wines/... View
Lifestyle 2

@The_RiotACT @The_RiotACT
@networkonegroup is a great way for business owners and professionals to meet new contacts, support each other and help grow their businesses https://t.co/Mbktqyqcl5 (57 minutes ago)

@The_RiotACT @The_RiotACT
Canberrans have been warned against travel to metropolitan Sydney and ACT borders have been effectively closed to Sydney residents. Here's how the ACT is responding to the growing Sydney COVID-19 outbreak https://t.co/ftCMKm59mv (1 hour ago)