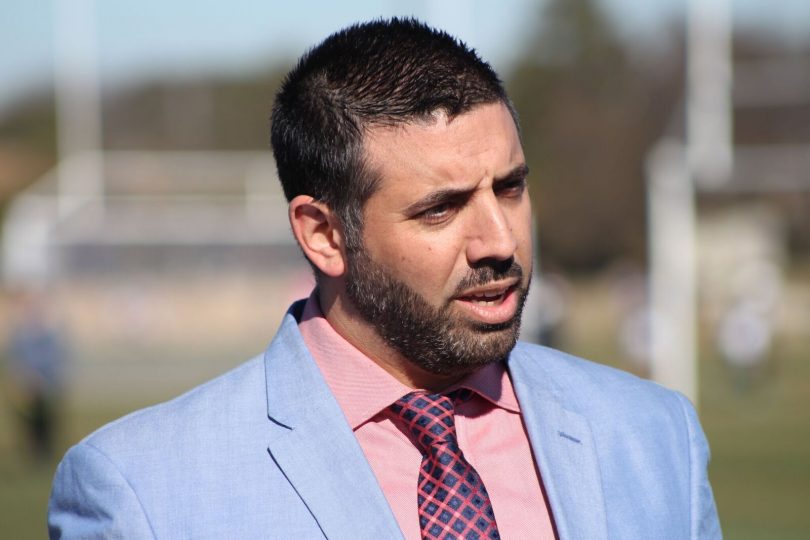 Michael Caggiano is issuing a call-to-arms for Canberra’s passionate football fans to help get the bid over the line. Photos: David Jordan.

44 days! That’s all the time that is left for Canberra’s A-league bid to prove successful with the final binding proposals due on 31 August.

The next six weeks and two days will determine whether or not Canberra and the surrounding region will get a professional football team. The expansion team, led by Michael Caggiano, has issued a call-to-arms, calling on the region’s passionate football fans to put their hand up to help the bid at this critical stage.

Mr Caggiano said volunteers are the life-blood of every community organisation and as the team approach their deadline there are more things to do and more help needed.

Whether it is calling people, reading documentation or signing up more members at the local shops, Mr Caggiano is looking for a variety of skillsets to help the bid gain momentum.

“We have had a lot of people reach out and want to help which we have graciously accepted but we are calling on now is for more people to come forward if they would like to help,” he said.

“This is not our club, it is everyone’s club and we need your help. The work of our volunteers may well be the difference between winning or losing this bid.” 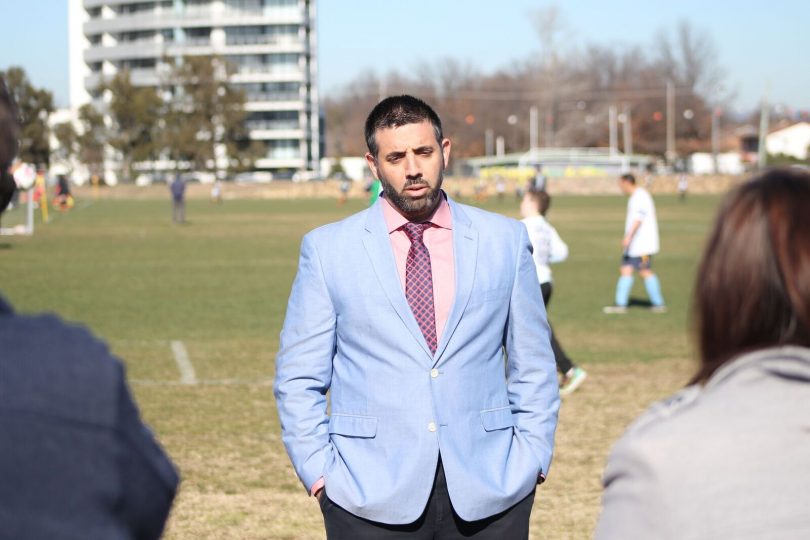 The team said they will leave “no stone unturned” in showing that the Canberra and southern New South Wales region has more than enough fan support for one of the new teams.

The expansion team launched the foundation membership last week and was immediately bombarded with memberships, with local politicians, media, and fans getting behind the bid.

“We are well past halfway to reaching our goal of 5,000 members and with the current pace of sign-ups, we are well on the way to surpassing that initial target quite quickly actually,” Mr Caggiano said.

“But we need more, and we are looking for individuals, clubs, businesses or organisations from right around Canberra and Southern NSW to get involved.”

Should the bid be successful, foundation members will play a role in Australian football history when they are tasked with determining the club’s name, colours and crest. Team member Bede Gahan said that over 2,000 members signed up within the first 24 hours of the launch but is encouraging more to sign up.

“Being a member of this club gives you more than the ability to attend games. It gives you the ability to participate in the operation of the club. This is an unprecedented opportunity for supporters of the A-League,” Mr Gahan said.

“We are very confident this bid will be successful, and when it is we will not forget about those people who supported us from the beginning.”

Call it Canberra Cosmos... They were great...

Only if they’re called the Cosmos

Everyone needs to sign up, it’s quick easy and free. Let’s bring football to Canberra