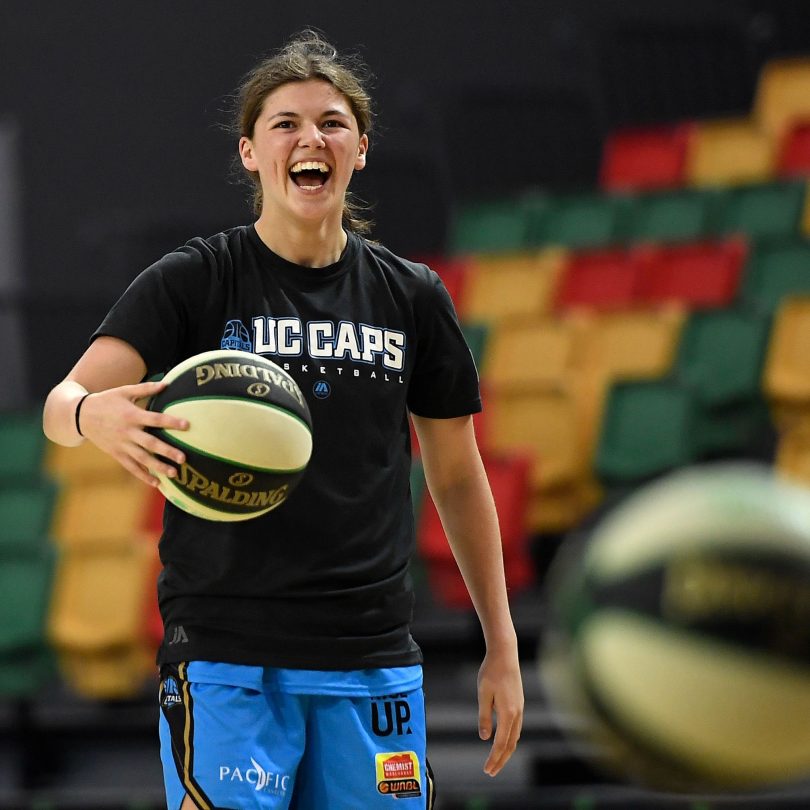 At 19, Jade Melbourne is the youngest squad member named for the Australian Opals for the 2022 FIBA Women’s Basketball World Cup in Sydney. Photo: Facebook.

From playing basketball in country Victoria one minute to being selected in the 24-member squad for the 2022 FIBA Women’s Basketball World Cup, it’s been a sharp rise for University of Canberra Capitals player Jade Melbourne.

The catalyst for her rapid career progression was a move to Canberra at the end of 2018 to take up a scholarship with the AIS.

“It’s been huge,” says Jade, 19. “I would not be in the position I am today without moving up to Canberra.

“The AIS is the best facility in Australia. The coaches and the resources there are unbelievable.

“I’m super fortunate to have received that [scholarship]. It’s had a massive impact on my career and my development. Now I’m just starting out on a new chapter with the University of Canberra Capitals, but I’m very excited.”

“I was just super excited get the call up to go to Asia and just tried to do my best there, on and off the court,” she says.

“I just tried to embrace the opportunity, and the other day Sandy [Brondello, Opals coach] gave me the call and told me I was in the 24-person squad.”

When asked about some of the recent controversy surrounding the Opals squad and player Liz Cambage, Jade says it’s not something she wants to think about as she attempts to forge her own path with the national team.

“It’s kind of a new chapter now,” she says. “Obviously they didn’t get the results they wanted to in Tokyo [at the Olympic Games] so it’s kind of a rebuilding phase essentially.

“For me, as a young player, I don’t know too much about the Opals culture so it’s making sure I absorb everything like a sponge and make the most of the opportunity.”

As for the prospect of playing in a FIBA Women’s Basketball World Cup game in front of a home crowd in Sydney, Jade struggles to hide her excitement.

“To have a World Cup with such prestigious talent on offer in our own backyard is really cool,” she says.

“It would be unbelievable to be named in that side and play in front of family and friends at a packed-out stadium where everyone is cheering for you.”

Jade prides herself on offering a lot of energy to the Capitals, both on and off the court. She describes herself as a reliable defender who likes to get to the rim and create shots individually and for her teammates.

It’s been an interesting couple of weeks for the young Capitals star, who was named Canberra’s ‘Rising Star’ at the CBR Sport Awards in early December.

“I did some research on how prestigious the award is in Canberra, and it is a huge honour to win that as there were some pretty good people in the Rising Star category,” says Jade.

A week later, the UC Capitals had a positive COVID-19 case attend a full-team training session, and the whole squad and staff were sent into a week of isolation, meaning they also had to forfeit their round-two WNBL game against the Sydney Uni Flames.

Despite all the distractions, Jade’s eyes remain firmly on the ultimate end-of-season prize.

“I just want to win a championship,” she says.

“This team has always had a real winning culture and that’s something I want to be a part of. We definitely have the group and the capability to do it.”