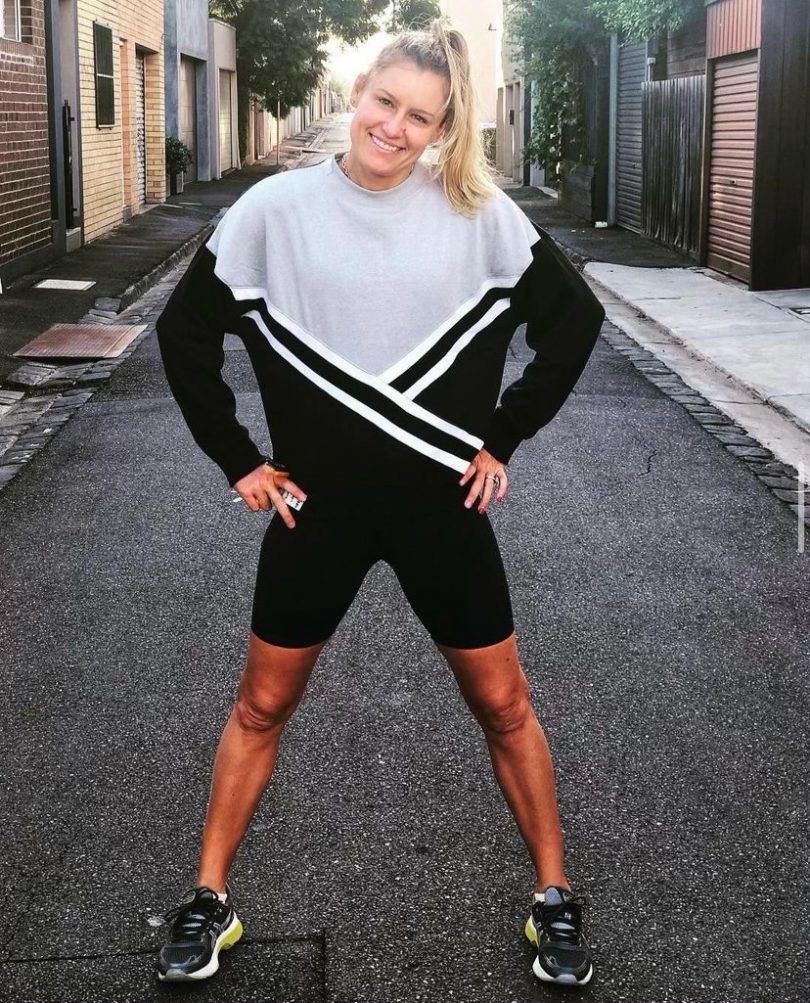 It’s been a frustrating 18 months for Monique Adamczak, with her tennis career hanging in the balance as she battled a toe injury.

At 38 years of age and with four knee surgeries under her belt, Monique was less than willing to undergo any further major treatment.

“I couldn’t walk and they wanted me to have surgery,” she says.

Instead Monique chose natural therapies, including acupuncture, and effectively allowed the toe to heal itself.

Now injury free, she is ready to return to professional tennis, starting with the doubles at the Australian Open in Melbourne, in January.

Monique’s comeback caps off a life-changing 18 months, with the tennis star relocating to Canberra.

“I needed a break from Sydney, and Canberra has been a great option for a tree change,” she says. “I’m a local now. I’m glad I made the move and the community has been great.”

As part of her gradual transition out of tennis, Monique interspersed coaching with life on the pro circuit.

“I did an exercise science degree, which wasn’t easy on the tour, as part of my plan to transition out of tennis,” she says.

In Canberra, Monique has been coaching around 10 state-level juniors, as well as running a business in sports training.

She is well versed in what is required at that age, having started life on the tennis circuit at 11 years of age before reaching her career high world ranking of 138 in singles, and 44 in doubles.

Monique says her focus at the 2022 tournament will be on the women’s doubles, and she is enthusiastic to get back out on court.

“I’m excited,” she says. “I had a tough time away, but it’s great to get back out there.

“I miss competing, especially in my home grand slam.”

The Australian Open will be the launching pad for a series of tournaments Monique will play in 2022, including 12 WTA events. The highlight will be a return to Wimbledon.

Just how long she can continue playing at the top level of tennis is largely dependent on results and how her body holds up.

But as Monique points out, some of the biggest names in the sport are staying at the top level for longer.

“The science has evolved and it allows you to expand your career,” she says. “You will be seeing players staying in the game a lot longer than has been in the past.”

Grog Yogurt - 37 minutes ago
Paul South so did I, worked there for 5 years. Late 1990 from memory on a Tuesday evening (tight arse Tuesday at the movies)... View
Community 105

Linda Stapleton - 47 minutes ago
Leading up to Summernats it got noisy around here. The hoons started with their fun and games as they saw it and the police t... View
Dee Tee - 3 hours ago
Plenty of notice to book a holiday in advance to get away View
Beck Bonazza - 4 hours ago
Micheal Anderson Spot on! View
News 3

kenbehrens - 52 minutes ago
There seems to be a trend to talk down the loss of someone to Covid, by referring to them as a number, minimising the signifi... View
News 14

Earthdog - 1 hour ago
I would feel more confident if Mr Sims and ACCC reported they were issuing fines (and the amounts) and identifying the culpri... View
Jackie White - 3 hours ago
..and look what's directly underneath this post on my FB feed. The good ol' USA providing free tests throughout their country... View
Lina Costa - 4 hours ago
We are a family 7, I needed to get RAT for everyone. Got them from different places. Not only we had to drive all over Canber... View
Lifestyle 31

Capital Retro - 2 hours ago
And this is a natural occurrence, about every 50 years. Next Canberra bushfire disaster due about 2050. View
phydeaux - 2 hours ago
Except that the ember attack critically affecting Duffy, where most houses were lost, was from the then adjacent pine forest,... View
Alex Kay - 3 hours ago
Fay Dickie move then, that huge tree was probably there well before you View
Opinion 139

Capital Retro - 9 hours ago
A lot of crime in my neighbourhood has certainly been reported, some serious home invasions included but the police media hav... View
show more show less
*Results are based on activity within last 7 days

@the_riotact @The_RiotACT
ACT Health has confirmed 1467 new #COVID cases, a decline from yesterday's inflated figure of 1860. Modelling has suggested #case numbers may have peaked under the most likely scenario https://t.co/ZPVclyuGlF (4 hours ago)