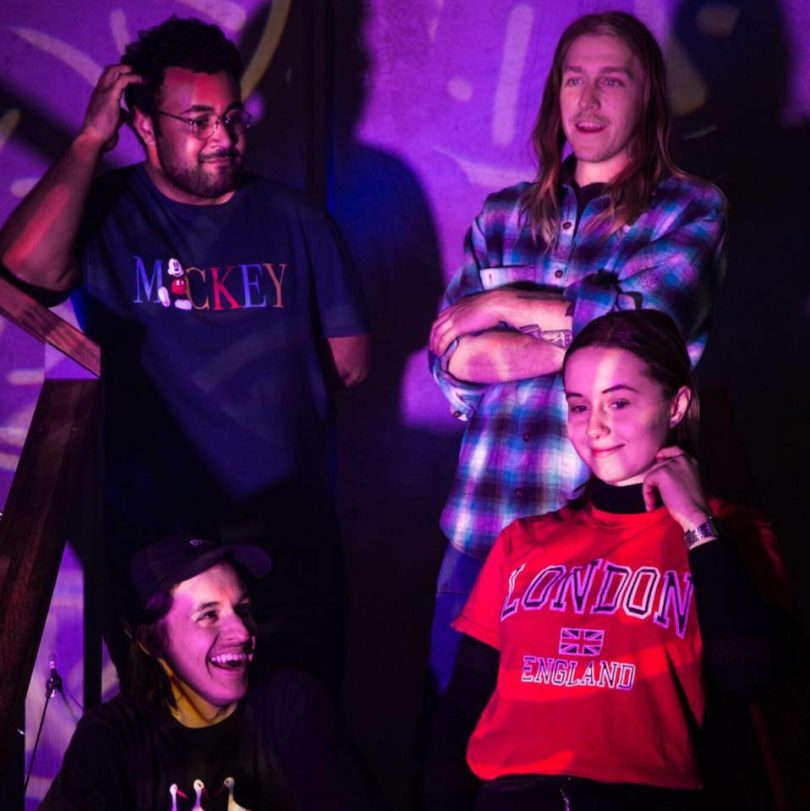 Sputnik Sweetheart only started on the scene about a month or so ago and they’re already taking it by storm. With their unique brand of indie rock mixed with jazz and punk influences, the quarter have booked more gigs than you could poke a drumstick at. In a swift move of sheer preparedness, Sputnik Sweetheart released their first single only a week or so after their first gig which has well and truly capitalised on the already growing hype of the group.

“Love You Best” is as smooth as it is energetic. The track starts with a clean drumbeat and ominous chords strummed with purpose. The second guitar soon joins in with some sparkling, jazzy chords over the top before launching into an infectious little riff. The production on the track is particularly clean and lends itself quite well to the sound Sputnik Sweetheart are going for.

After the song builds up in the intro it calms down again to allow vocalist/guitarist, Nette France’s, serene voice to join the speeding machine. France’s voice continues to build during the verse, becoming more aggressive both in tone and lyricism. This is part of Sputnik Sweetheart’s punk influence coming through. The track then moves to a more open section with vocalist/guitarist, Byron Takavis, taking the lead. The pair then proceed to weave melodies in and out of each other while drummer, Riley Morgan, and bass guitarist, Joe Pabis, remain locked in with each other to keep the beast.

Sputnik Sweetheart have done a good job on keeping the structure interesting on “Love You Best”. While there are sections that could be labelled a verse and a chorus, they don’t follow the typical sequence. The instrumental sections of the song help to give the track space and the members room to breathe.

The last section of the track (call it a verse or a bridge) display the juxtaposition of the band’s punk and pop influences most profoundly. Aggressive lyrics lamenting this, “Fucked up mess,” meld seamlessly into a stanza on one’s love remained undying. Sputnik Sweetheart are encapsulating different aspects of a few styles here and it’s impressive to see them melt it in as a whole.

Hype can be a fickle thing and it’s hard to say whether it will last or not. However, “Love You Best” seems to indicate that Sputnik Sweetheart will still be here after the hype subsides, playing to Canberra audiences with momentum.