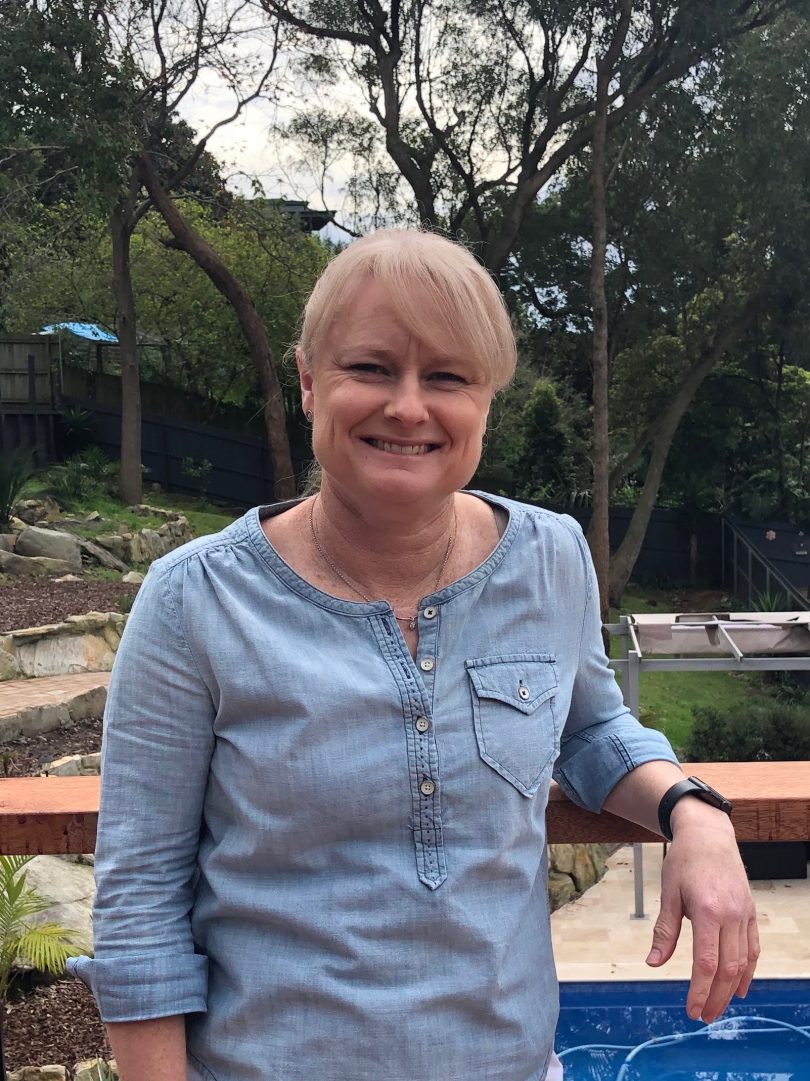 Katrina Powell looks back on her hockey career. Photo: Supplied.

Twenty years ago today, Katrina and Lisa Powell were preparing for their second Olympics together in Sydney, but it wouldn’t have been possible without the community that nurtured their passion and talent.

Such is the connection with Canberra that the Lyneham Hockey Centre houses the Powell Field, honouring their contribution to hockey in Australia.

The Powell Field also recognises the significant role the Canberra community had in the development of the sisters as players and people.

The phrase ‘it takes a village’ is often overused but in the case of the Powell sisters, it is entirely justified.

“My dad played, my sister played, my cousins played, we were all involved with the St Pat’s Club. My uncle, who is Wallaby Joe Powell’s dad, went close to making the Olympics,” says Katrina.

Katrina started playing for St Pat’s when she was just eight years of age.

But the road for Katrina wasn’t easy. She had two knee reconstructions before she made her debut for Australia in her early 20s, going on to play in the national team for 11 years, including time as captain of the famed Hockeyroos. There were Commonwealth Games, the World Cup, Champions Trophy and, of course, the Powell sisters went on to play together and win Olympic gold medals in 1996 and again in 2000.

Lisa was also a member of the 1992 Olympic team. She retired after the 2000 Olympics while Katrina played in the 2004 Olympic team before retiring after 252 games and 141 goals in the national team.

So the only two times the Powell sisters played together at the Olympics, the Hockeyroos won gold.

On each occasion, they returned to Canberra as celebrated stars.

“It was special returning home to celebrate with the Canberra hockey community given the support they gave us. Amazingly special. From a backyard in Page in Canberra playing against each other, it was part relief, part disbelief to win two Olympic gold medals,” remembers Katrina.

The medals have had their own adventure.

Katrina recalls: “The medals were stolen from a safe when I was living in Perth. They were dropped off at a Post Office and I got them back. I now bring them out as part of Olympics Unleashed at schools.”

These days Lisa is working as a teacher’s aid in Melbourne. She has three hockey-playing kids.

For her part, Katrina has emerged as one of Australia’s leading hockey coaches in her role as the Head Coach of the women’s program at the NSW Institute of Sport.

And Katrina still loves bringing her young charges to Canberra to play and, of course, she’s proud of the Powell Field. Even 20 years on, the field in Canberra is a wonderful reminder of the achievements and the years dedicated to the sport of hockey by Katrina and Lisa Powell.

I remember Lisa from high school at St Francis Xavier’s 1983 to 1986, before I moved back to Queensland, good on you Lisa.

Some of the worst and toughest days of my life were playing right half trying to mark Trini at left wing 😫🤣🤣!!

Both girls were very talented softballers 🥎 as well. Had the pleasure of coaching and playing with/against them.

Amazing effort Katrina & Lisa!! Hope to catch up with u one of these days Lisa- been such a Long time since our Florey days!!

Great story, I also worked with their Dad back in the day . . .

Capital Retro - 31 minutes ago
"The cost of retrofitting was estimated to be about 17 per cent of the estimated capital cost." Gee, I didn't think rubber ba... View
chewy14 - 10 hours ago
Why does the "Public Transport Association of Canberra" get asked for commentary when they are a just a rebadged version of t... View
News 243

Yinan Zhang - 44 minutes ago
Thank you for referring to the appropriate information source Rosie, I like the way you have approached this delimma. Yes and... View
Nada Krstin - 10 hours ago
Redmond Herrington OK, since covid has been a GLOBAL pandemic and vaccines have been available and approved for at least 18 m... View
News 26

chewy14 - 51 minutes ago
JC, No spin here, just facts. Whatwik claims that others have had to backtrack on their plans. Except none of the other state... View
nadine - 12 hours ago
"Mr Barr said the ability to travel interstate ... would be entirely subject to border decisions made by other states" Given... View
Lifestyle 35

Ali McNally - 54 minutes ago
Nadine Pickersgill next year! View
Lyn Scougall - 10 hours ago
Margo Bellis it’s just the most beautiful garden. I think you told us about it and we went there 👍 View
Margo Bellis - 10 hours ago
Lyn....yes! View
Opinion 50

Futureproof - 1 hour ago
Why exactly, does the ACT, population smaller than the average LGA in Sydney, need this position? I can only guess that she w... View
Community 42